Fuselier: Portland And The Federal Police 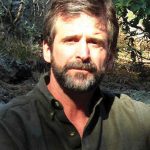 I don’t know enough to critique the decision-making ability of Portland’s leaders in regards to the unrest that has recently occurred there. It’s a legitimate question, but I assume the people of Portland have the ability and means to address any problem.

To be clear, this column is not about how Portland is handling its protests. Nor is it in any way opposing the Portland authorities’ right to police unrest and criminal activity. My concern lays solely with the policing tactics used recently by the federal police forces in Portland.

There are concerning differences between the tactics use by our local police forces and those used by the federal forces in Portland. City, state and county police forces wear identification, don’t wear masks to conceal their identity, and don’t put anyone they detain in unmarked vehicles.

They follow these protocols so that we, the people, have no doubt that they are those with the authority to police. This transparency also helps provide a sense of trust between those who police and those they serve. And, in the case of police misconduct – whether ethical or criminal – we, the people, have a means to hold those guilty accountable.

Wearing clear identification also helps separate those who have authority from those who do not have authority yet wish to pretend to do so, which can have disastrous results as evidenced in an incident that happened in Albuquerque this past June (https://www.nytimes.com/2020/06/15/us/conquistador-onate-albuquerque-new-mexico-unrest.html).

As seen in numerous videos in news reports, the federal forces to which my post refers wore masks to cover their faces, did not use vehicles with any identification, did not show identification of who they were, and did not wear the type of clearly placed insignia that city, county and state police (and the FBI) wear on their uniforms. From what I saw, those being detained were displaying no threat to either the police or others at the time they were approached and detained.

How, in these cases, is someone to know if someone approaching them is a duly authorized agent from a federal police force or a member of a militia who has no authority but believes they do? With all the secrecy, how can we trust that those arrested have access to their rights guaranteed in our Constitution? How do we, the people, hold them responsible for misapplication of force, which is the very thing against which the peaceful protestors in Portland are protesting?

The tactics used by the federal police in Portland can do nothing but negatively influence the views some citizens have towards our local police. More importantly, up until now, I could only imagine what it’s like to live in a country in which the police forces act secretly and without means for accountability. The actions by our federal police in Portland offer us a taste of what that can be.