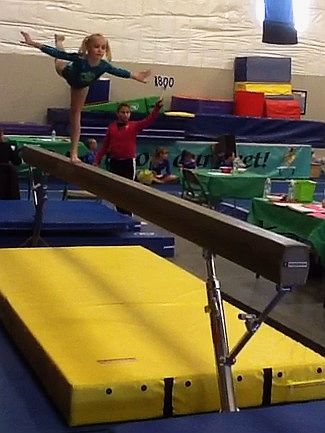 Brianna Fryer led the way for the Los Alamos School of Gymnastics’ Atomic Tumblers at the Cottonwood Invitational Oct. 20 – 21 in Rio Rancho.

The Xcel program is an alternative to the rigorous USA Gymnastics Jr. Olympic Program, allowing gymnasts the opportunity to perform routines choreographed to fit each individual. 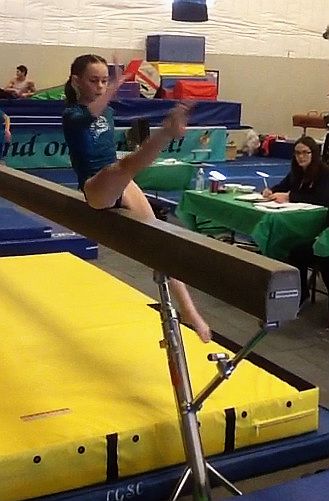 Six Atomic Tumblers competed in the Xcel Program, 15 in the Jr. Olympic Program, and two gymnasts, including Brianna Fryer and Anna Clark, competed in both.

Suyanna Ferreira took third in the all-around Silver Level Xcel with a score of 34.35, also earning a gold on bars (9.0.)

Sarah Hutchens placed sixth overall, earning an 8.0 on her floor routine, for a sixth place.

In the USA Gymnastics Jr. Olympic Program, the top scorer was Lilly Bueck from the Level 5 Junior B Division.

When combining her performances in Xcel and Jr. Olympics, Clark brought home ten medals for the Atomic Tumblers.

She also earned silver on vault (8.1) and floor (8.65). Teammate Paetyn Miller took the bronze in the all-around as well as on vault and bars, while Brianna Fryer placed fourth all-around, and earned a bronze on floor.

In the Level 4 Senior Division, Nicole Aldaz took bronze in her floor routine (8.85) and placed fourth all-around with a 33.0. Zoe Mathis earned a silver on beam (8.3) and received an 8.8 on her vault.

In the Level 4 Child division, Nyla Lee brought two more golds for the Tumblers with a 9.05 on vault and a 9.05 on beam. She placed 4th (34.35) all-around. Addie Richie gave a strong performance on beam (8.35), adding one more silver medal to the team’s tally, and placed fourth on vault with an 8.95. Kaeley Bustos placed sixth in the all-around (30.65), with a notable 8.65 on vault and a sixth place in that event.

Next on the Tumblers’ calendar is the Zia Trick or Treat Meet in Santa Fe Oct. 27-28, followed by the Los Alamos Invitational Nov. 3. Call Los Alamos School of Gymnastics at 505-662-9523, for more information.