Foxx: From Rags To Riches In Memories? 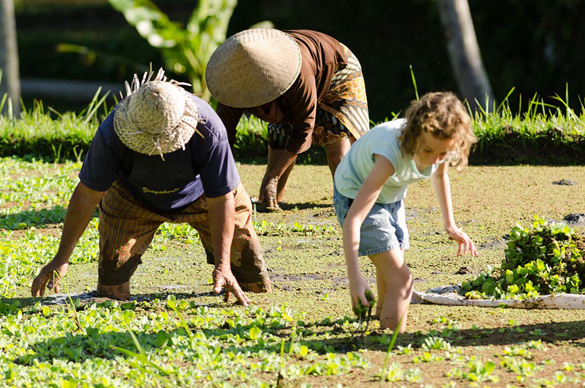 Sydney Frazier and her family volunteer to help work in a rice paddy while traveling in Asia. Courtesy photo 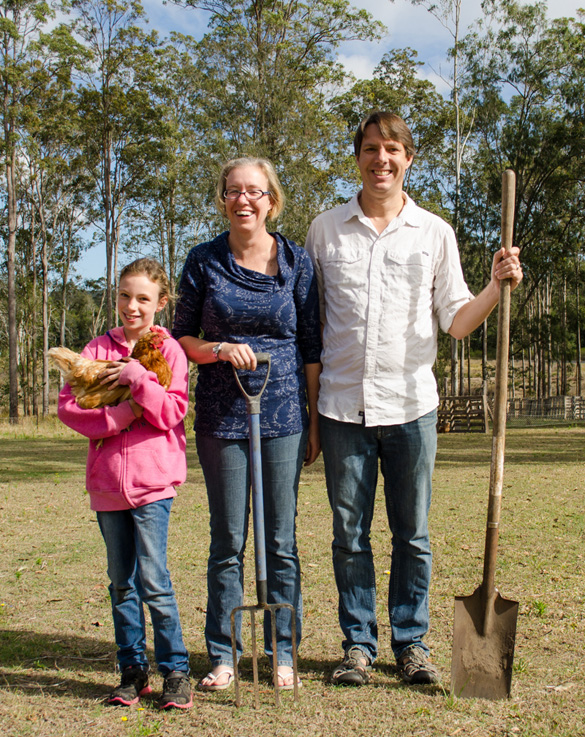 Just over two years ago, my youngest daughter, husband, and then, 8-year-old child left on a two year travel around the world. Two years seemed like a long time but Jan. 7 they leave New Zealand to return to the United States. The funds they saved for six years have dwindled, the clothes stuffed in three suitcases have become tattered, but they have no regrets because of the memories they have made and the people they have met. It is now time for them to join the employed and save for another adventure. Many of you have followed them and so I asked them questions you have asked me about their journey. This is the first of a couple stories about their trip.

What countries did you visit?

When you left you had a budget goal for $100/day for the three of you. Did you stay on budget?

Yes! So far our average daily expenditure is $97.71. Keep in mind this is the average. Some countries were definitely more expensive than this per day and others were significantly less. Southeast Asia and Eastern Europe tended to be cheaper, while Western Europe was more expensive. All costs were factored into this including transportation costs to get from one country to the next.

How did you manage to stay on budget?

Slow travel is the key to keeping costs down. We found that when we moved around a lot our costs went up. So in order to keep costs down, we would tend to stay about a month in one location. This helped keep transportations costs down as we were not moving from one place to the next, but it also helped keep other costs such as food and lodging. Because we were in an area for longer, we rented vacation apartments or houses. The longer-term rentals were cheaper than paying the daily or weekly rate. We were also able to save money by being able to prepare our own meals since we had access to a kitchen. In selecting a place to stay, we tried to find apartments near the city center and areas of interest that we wanted to visit. This helped save money on transportation costs because we were able to walk most places. We found most of our rentals though websites such as Airbnb, VRBO, Homeaway and sabbaticalhomes.com.

In the modern world of the Internet there are other websites that helped us stay on budget.

Couchsurfing: Couchsurfing is like it sounds. You are invited to stay at someone’s house for free. While on our travels, we had the opportunity to do couchsurfing in Czech Republic and Australia and both times we had a wonderful time. With both couchsurfing opportunities, we received the invite through our blog. But there is a website called couchsurfing.org where it lists people who are interested in hosting fellow travelers to be able share their culture and meet people from other places.

HelpX.net: While in Jordan, we learned about HelpX.net. In exchange for helping out for about four hours a day, you receive free accommodations and meals. Opportunities can vary from helping someone design their blog, to childcare, to helping out on a farm. We ended up doing a HelpX opportunity in Australia and New Zealand. In Australia we helped on a permaculture farm and in New Zealand we helped on a hobby farm. Both experiences were very positive, as we got to see the country off the beaten path. Our only regret is that we did not do this sooner.

House/Pet sitting: In our 25 months of travel we have had several opportunities to do house/pet sitting. In exchange for taking care of pets and the house, we received free accommodations. We did this in England, Australia and New Zealand. There are several websites that list housesitting opportunities. The one we happen to use is Trustedhousesitters.com. It can be a great way to save money, but is very competitive. On average, we have had to apply to at least 20 to 30 housesitting opportunities for each house sit that we got.

What do you feel you better understand because of your travel?

The world is not as scary as the news makes it out to be. Don’t let fear stop you. An example was when we told people in Romania that we were heading to Bulgaria. They said to be careful and stressed it was not safe. Bulgarians were not to be trusted! However, when we arrived in Bulgaria and we told people we had just spent six weeks in Romania, they gave us a horrified look and said, “How scary! Romania is not safe.” We found both countries to be very friendly and safe.

People are the same around the world and most have the same hopes that we do for our own child. They want their child to grow up happy, healthy, and to live a good life. We have found that the majority of people are truly kind and are genuinely interested in sharing their culture and learning about other’s cultures. On our travels we have been truly blessed by the number of people we have met and made us feel at home.

Be a thoughtful consumer. As we have travelled we have come to realize how truly interconnected we are to our world. Our actions can have a ripple effect throughout the globe. It may feel hopeless, at times, but even small changes can have a big impact.

Nurture friendships and meet new people. When we lived in Portland, we really didn’t make the effort to nurture our friendships. We made ourselves busy without meaning. While traveling, we have been struck by how many cultures really nurture their relationships. It is not uncommon to see meals that can last for hours. We have also found that being open to meeting people can really change how we experienced a country. Some of our favorite moments on our travels have not been the places that we saw, but the people we met. 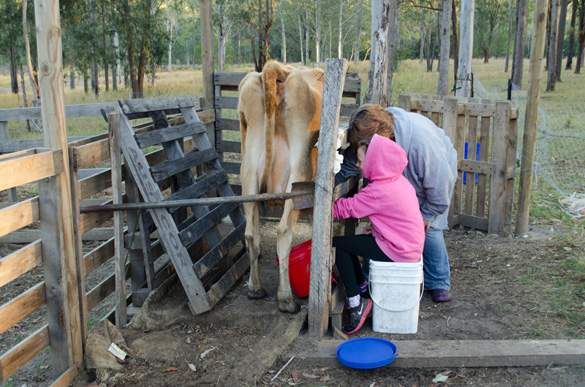 Sydney Frazier learns to milk cows while at a farm in Australia. Photo by Jason Frazier 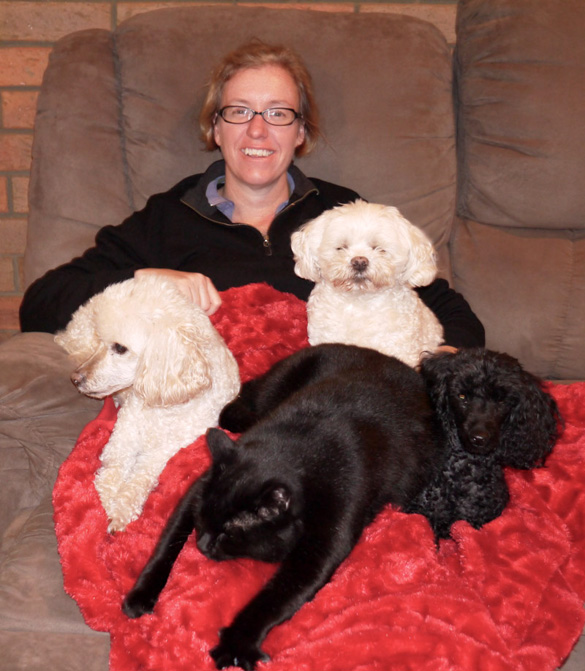 Kerri Frazier caring for a pile of animals during a housesit in Australia. Photo by Jason Frazier