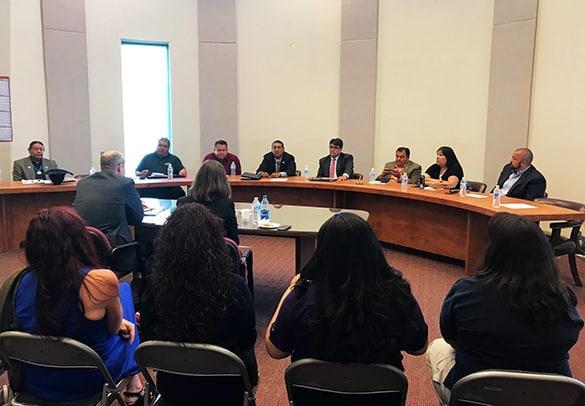 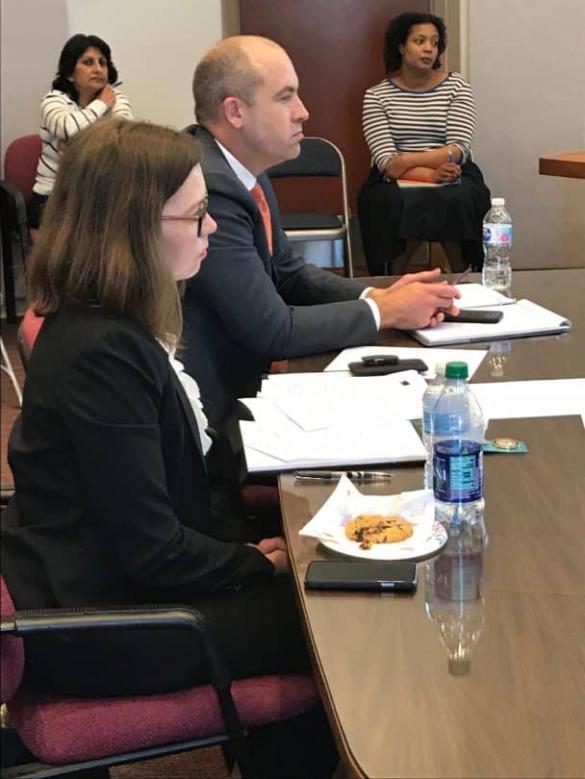 Governors and other representatives of the Eight Northern Indian Pueblos met Monday in Ohkay Owingeh with U.S. Department of Justice Opioid Coordinator Mary Daly and U.S. Attorney for the District of New Mexico John C. Anderson. Discussion surrounded the impact of heroin and opioids on tribal communities in Northern New Mexico and DOJ programs and initiatives for addressing the epidemic.

Daly told the Los Alamos Daily Post it was wonderful to come out and meet the governors and learn about the opioid crisis as it struck in their communities.

“It is a little different everywhere you go. I’m going to take what I’ve heard back with me to the Department and express the concerns of the governors here to our leadership and continue to work with communities including tribal communities to make things better,” she said.

Daly said she heard the governors express that it is daunting because there are not a lot of options for treatment and it is just a horrible disease to treat.

“That is certainly a frustration I heard among the governors today and in other communities as well. Treatment is a problem and supply is a problem. The supply of heroin is significant throughout the country right now,” Daly said.

Anderson said It was a tremendous opportunity for the governors to speak to Daly to allow her to hear the impact of the opioid crisis as it particularly affects Northern New Mexico tribal communities.

“I think it was a wonderful exercise and I am thrilled to have been part of putting it together,” he said.

Anderson said one step that needs to be taken is to make more treatment resources available. He said participants in the consultation addressed the need for culturally appropriate treatment.

“What I think many people need to recognize is that these are small communities and that when they are affected by the opioid crisis, taking someone out of the community and taking them hundreds of miles away for treatment is a big challenge – a much bigger challenge than it would be for someone in a more populous community,” Anderson told the Daily Post. “They are wonderfully tight-knit places with unique cultures and unique social networks so that makes it so much harder to isolate them from the problem and separate them out. It does present some unique challenges to our tribal communities. We have a unique trust relationship with the tribes and we try to take it seriously and to improve health and safety in those communities.”

Gov. Chavarria, chairman of the Eight Northern Indian Pueblo Councils said Monday’s consultation was a follow-up to a similar meeting in 2016 in Albuquerque. He said as part of her research, Daly found that Rio Arriba County was 10th in the nation for overdoses and that numbers are on the rise for Native Americans.

“It was a good session today. All the governors that were here today addressed the fact that it impacts us directly – moms, dads, aunts, uncles, brothers and sisters, families. It impacts all of us. We are not immune. Nobody’s immune. It’s not just the heroin, it’s the fentanyl that’s coming in,” he said.

Gov. Chavarria said resources in the region have to be shared and that there are not enough facilities for long-term treatment. He said people have to travel to Kentucky, Virginia and North Carolina for treatment.

“It’s far away and a lot of folks never went off the reservation before. We have to strategize and find the proper plan. Nobody has the answers but we are working to break the cycle,” he said.

Gov. Chavarria said representatives of the Drug Enforcement Administration, Bureau of Indian Affairs Office of Justice Services, FBI and tribal police officials are attending a training conference today and Wednesday focused on drug identification for dangerous drugs such as fentanyl as well as strengthening law enforcement investigations and responses.

Monday’s consultation was undertaken as part of the New Mexico Heroin and Opioid Prevention and Education (HOPE) Initiative, a partnership between the University of New Mexico Health Sciences Center and the U.S. Attorney’s Office in response to the national opioid epidemic, which has had a disproportionately devastating impact on New Mexico. HOPE’s principal goals are to protect communities from the dangers associated with heroin and opioid painkillers and reducing the number of opioid related deaths in New Mexico.

The HOPE Initiative is comprised of five components: 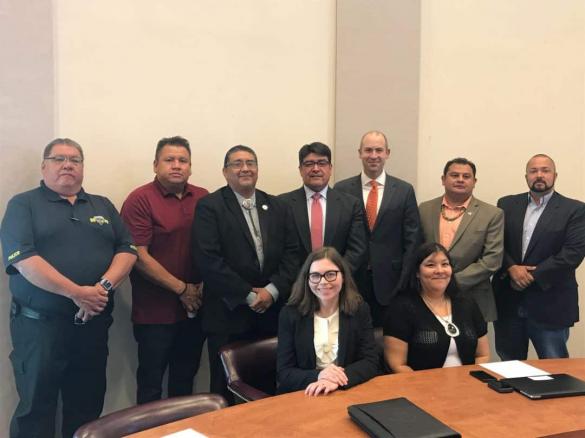 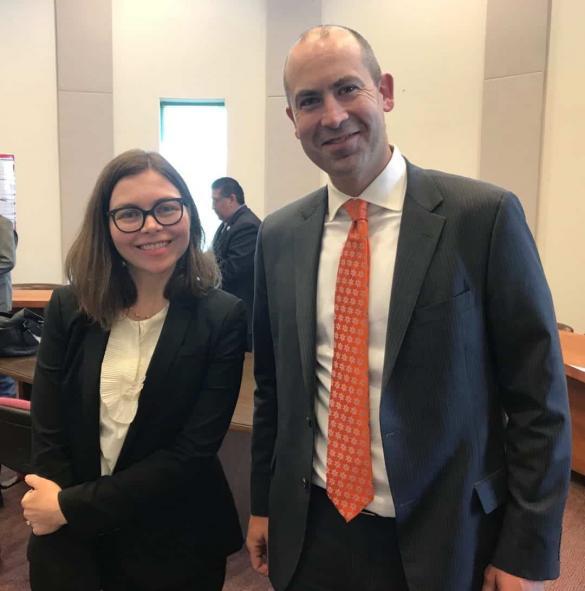