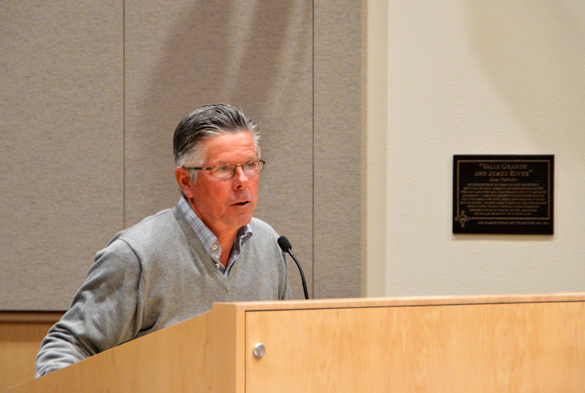 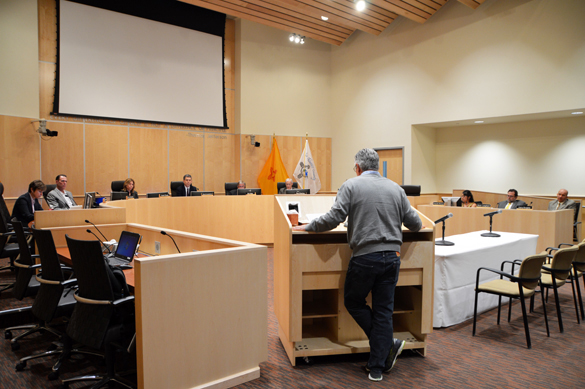 Torpy, who now lives in Florida, explained that he was stricken with a serious illness in November 2012. He described how an employee found him, “wandering through my house … not even knowing where I was.” He had suffered both a brain aneurysm and a stroke and said due to some incredible doctors and other medical personnel, he survived and returned to work.

“I believed in this town and I believed in my job as police chief and I wanted to finish the job I started,” Torpy said.

However, two day before Christmas 2012, he went in for surgery. In 2013, his doctors told him he needed to retire. Torpy said he originally planned to retire in 2020. He commented that it is difficult to stop working when you love your work and added that “Mr. Burgess and the staff of this County are my friends and they treated me as good as they could.”

Still, Torpy said, some of the treatment he received from the County was wrong. When he went to the County Human Resources Department, he said they had a previous insurance carrier and a new carrier and did not know which one he should apply to, so as a result, he was told to apply to both companies. Both insurance companies approved him and both sent him checks within a couple of weeks, he said.

“I had a brain aneurysm and a stroke but I am not stupid,” Torpy said. He spoke to the County about it and said he began to receive a monthly benefit check for some months but then the insurance company stopped paying him.

“I asked the County to do several things – fight the insurance company with me and keep me whole till we won,” he said.

Torpy told the Council that he hired a lot of lawyers and spent a lot of money. The judge in Florida ruled the insurance company should have paid him and ordered it to pay Torpy his back pay, interest and attorney fees. The insurance company has now filed an appeal and Torpy has had to hire another law firm to fight the appeal case, he said.

“That’s the short story. It’s much longer and much more painful than that,” he said. “I have no more money to fight.”

Torpy presented a packet of information to each of the County Councilors and pleaded that they read his story and the judge’s ruling and he urged them to “do the right thing”.

“I want to live my life,” Torpy said. “I don’t want to be humiliated and stand here in front of you all but I have to because I can’t endure any more of this.”

Editor’s note: Calls to the insurance company for comment were unsuccessful.