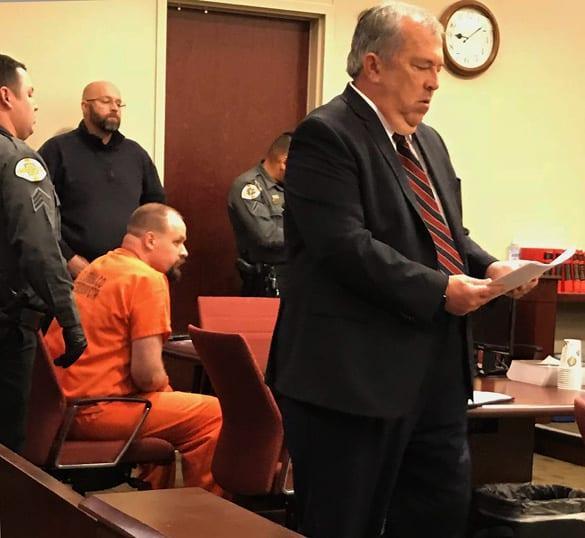 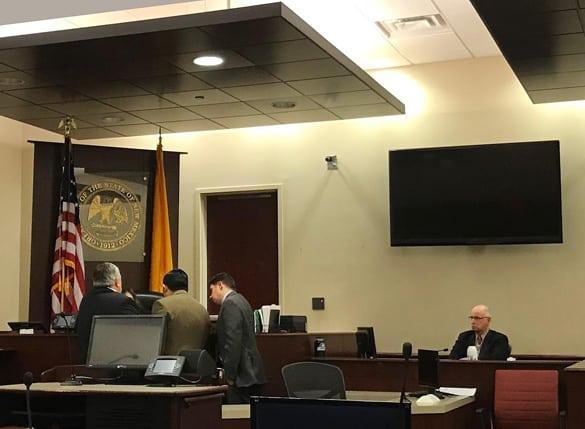 On Count 1, criminal sexual contact of a minor in the second degree (child under 13 unclothed), Bingham received a 15-year sentence with 10 years suspended and 10 years of supervised probation, with the five years to be served at 85 percent in the Department of Corrections.

On Count 2, criminal sexual contact of a minor in the third degree (child under 13 clothed) he was given a six-year suspended sentence with six years of supervised probation. The sentences for Counts 1 and 2 are to run consecutively.

For Count 3, criminal sexual contact of a minor in the fourth degree; Count 4, child solicitation by electronic communication device and Count 5, sexual exploitation of children (possession), Bingham received three 18-month suspended sentences and 18 months of supervised probation for each count to run concurrent to the sentence for Count 2.

​Bingham is required to register as a sex offender for the remainder of his life.

Prior to handing down her sentence, Judge Marlowe Sommers said this is certainly an interesting case because there were two victims asking for the lightest sentence possible for Bingham and a victim who wants the maximum.

“It’s heartbreaking today to see these two girls come up here and tell me that they don’t want you to have to go through any punishment, that they want treatment for you, that they’ve been punished enough and that really is the sum total of the tragedy of molestation in the family,” Judge Marlowe Sommer told Bingham.

“And really that’s not what we’re here for today, to let the victims get over it. What we’re here for today is to sentence you with all consideration of the punishment and rehabilitation included. I really think that you betrayed a trust that they gave unwittingly and I think that you had no business massaging your nieces, period, and there is no excuse in the world. Society and the legislature tells you don’t, hence you are here,” Judge Marlowe Sommer said.

“So the sentence I’m going to give you I do believe addresses punishment adequate for these crimes and will allow you to get the treatment you need. I think one of the biggest issues for you is you’re going to have the ability to have some self-effacing analysis when you’re going through this treatment because you’re certainly willing,” she said. “I know you were in counseling before you were arrested but at the evaluation you couldn’t provide any insight to the evaluator, so I don’t know what kind of progress you were making with your counselor.”

Outside the courtroom, District Attorney Marco Serna told the Los Alamos Daily Post that while he was disappointed in the sentence, he recognized that Judge Marlowe Sommer made an informed ruling. He said he found it particularly saddening to hear those speaking on Bingham’s behalf at the hearing and to witness the damage he has done by the trust he had built.

“This is what happens in molestation cases,” he said.

Serna said later in a press release that protecting northern New Mexico’s children from sexual predators remains his office’s priority and that it will continue to go after the most dangerous offenders.

“Bingham was a wolf in sheep’s clothing while he served as a sheriff’s deputy in Santa Fe County and that made him extremely dangerous. I am disappointed that he was not sentenced to more years in prison, but we will continue to seek justice for our innocent victims,” Serna said.

​The case was prosecuted by Deputy District Attorney Michael Nunez and Bingham was represented by Attorney Stephen D. Aarons.