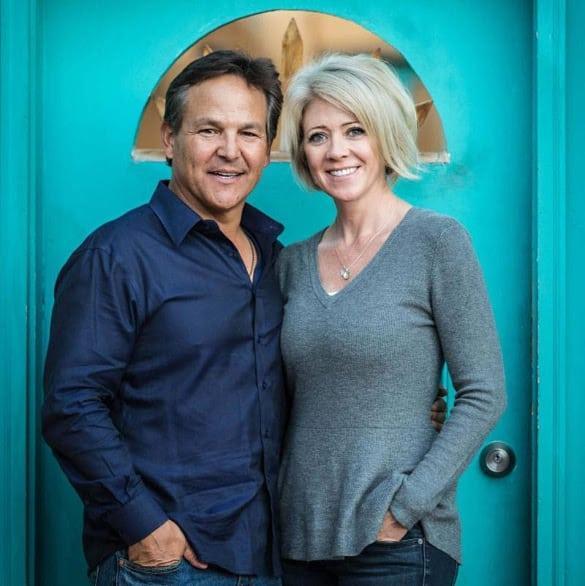 Jeff Apodaca and wife Jackie Moss-Apodaca. Courtesy photo
NMD4D News:
Jeff Apodaca and his wife Jackie Moss-Apodaca spent the last year and a half bringing the hope of big ideas and major change to New Mexico in Apodaca’s bid for Governor. Their passion for changing the future of New Mexico didn’t end in June.
Through the election, New Mexico Democrats for Democracy (NMD4D) formed as a state-wide organization of over 33,000 followers with ambitions to highlight corruption, political topics and evaluate candidates on their platform instead of party politics. NMD4D quickly became a viral sensation on social media platforms such as Facebook, YouTube, and Twitter becoming the largest political voice on Facebook during the primary selection process.
We are pleased to announce Jackie, and Jeff Apodaca have joined our movement as the spokespersons for New Mexico Democrats for Democracy.
Jeff Apodaca announced today he and his wife are joining forces with NMD4D, and they are including their platform from their Gubernatorial Campaign. By doing so, well over 100,000 New Mexican voters/followers/and supporters from their campaign can come together crossing party lines to find the best candidates for New Mexico. The Independent voter is the fastest growing voting bloc in New Mexico’s population. The Apodacas, along with NMD4D, will bring Democrats, Republicans, Libertarians and Independents together for a better New Mexico. They will give this segment of voters a continued voice and push the agenda to turn New Mexico around.
“This new partnership will give a voice to well over 60% of New Mexico voters dissatisfied with the political direction in NM, stated Apodaca. “We have been encouraged from supporters from across the state, that Jackie and I felt we HAD to stay involved to make sure the majority of New Mexicans are heard. Well over 35% of Democratic primary voters are not happy with the establishment candidate. Our combined organizations will give a voice to well over 100,000 unsatisfied voters in NM, as well as, 60,000+ supporters of our platforms across Social Media. “
Both parties have pushed mainstream New Mexican voters away from the electoral process. The new goal of NMD4D is to bring everyone to the table so that ALL New Mexican voices are heard. This nonprofit, grassroots advocacy group will use social and traditional media to share their supporters’ agenda. They will function as an organization to better educate the public, as well as business and political leaders, on the conditions necessary for economic growth and educational reform in New Mexico.
NMD4D will focus on topics of interest and needs for New Mexicans, making sure all statewide candidates will have a chance to sit down with our organization to discuss policy, ideas, and solutions for what we see is a need to improve ALL opportunities for ALL New Mexicans.
The Policy of NMD4D (or NMD4D’S Policy) will focus on:
Menu
Los Alamos
55°
Sunny
6:57am4:51pm MST
Feels like: 55°F
Wind: 4mph S
Humidity: 19%
Pressure: 30.04"Hg
UV index: 0
WedThuFri
59/36°F
59/34°F
55/32°F
Weather forecast Los Alamos, New Mexico ▸