Food On The Hill: Watermelon Gazpacho 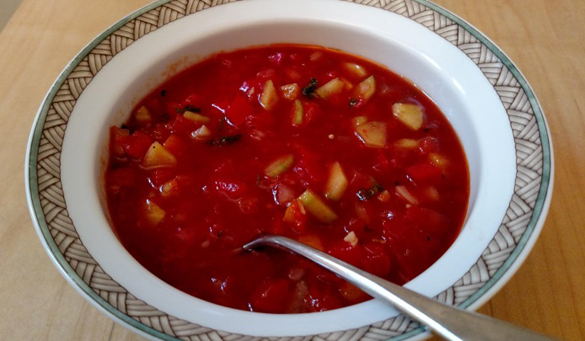 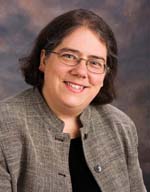 I lived in Madison, Wisc., from 1980-1983, not long after an idealistic group of “flour children” hoping to effect positive cultural change opened the first of the Ovens of Brittany restaurants. 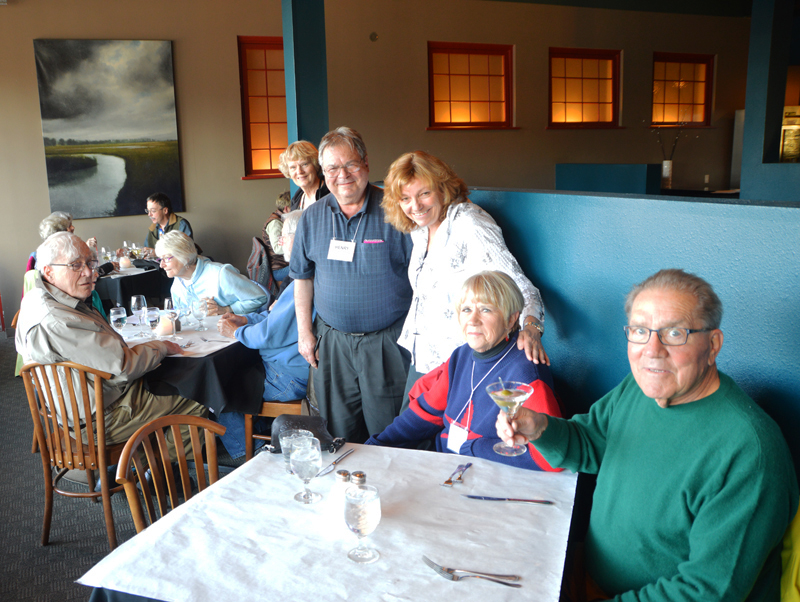 I lived just a block from the Ovens on Monroe Street, and was there nearly every day for a cup of coffee and often a bowl of soup, a salad and a Brittany Bun, croissant or brioche. When my friend Jill Ramsfield and I felt ourselves slipping into some of the more stressful parts of a law student’s existence during those years, we made a standing date very early on Monday mornings at the Ovens on State Street.

Those moments of beauty, fresh foods and nurturing service made some otherwise difficult times bearable. In 1985, Evan and I returned to Madison to be married in the big Frank Lloyd Wright church in which we had met, and I chose a coriander spice cake covered with fresh flowers from the Ovens as our wedding cake.

The full story of the Ovens’ beginnings, operations and eventual closure would fill a book, particularly considering Madison’s political history in the Seventies, the Dane County Farmer’s Market, the beginnings of the farm-to-table movement, the introduction of the croissant to the Midwest, and the creative young people without food service experience trying to “promote the inner evolution of Humanity” by opening a French restaurant.

Much of the story is told in the Introduction to the Ovens of Brittany Cookbook (1991) by Terese Allen, chef and manager at several Ovens locations. I often cook from this book and recommend it highly (it is not inexpensive, but you can find it online). Most of the recipes are vegetarian; those that are not mostly include seafood or turkey.

The Ovens’ gazpacho recipe has been the gazpacho I’ve served for 25 years. It is modified below only to add watermelon, which was prompted by a refreshing cup of watermelon gazpacho at the Lollapalooza Music Festival on a sweltering day in Chicago several years ago.

The watermelon does not change the fact that the soup is a tomato soup, but it brightens and freshens the tomato juice significantly. When I serve it to a crowd, I like to put it in a punch bowl and keep it very cold with a frozen ring of tomato/watermelon juice in the middle. Thoroughly chilled, this is a great soup for a hot day, and pairs well with French bread and brie or corn bread and sweet butter.

1 pound fresh tomatoes, peeled, seeded, finely chopped (about 2 ½ cups) (I get organic tomatoes and I don’t peel them)

½ cup breadcrumbs (optional, and I have never added them)

½ of a mini watermelon, either mashed or finely chopped, with the juice (about 2 cups)

With a fork or the back of a knife, press the minced garlic and salt together until they form a paste. Combine with the remaining ingredients and chill.