Food On The Hill: Veggie Turkey, Trout And Rosemary Walnuts 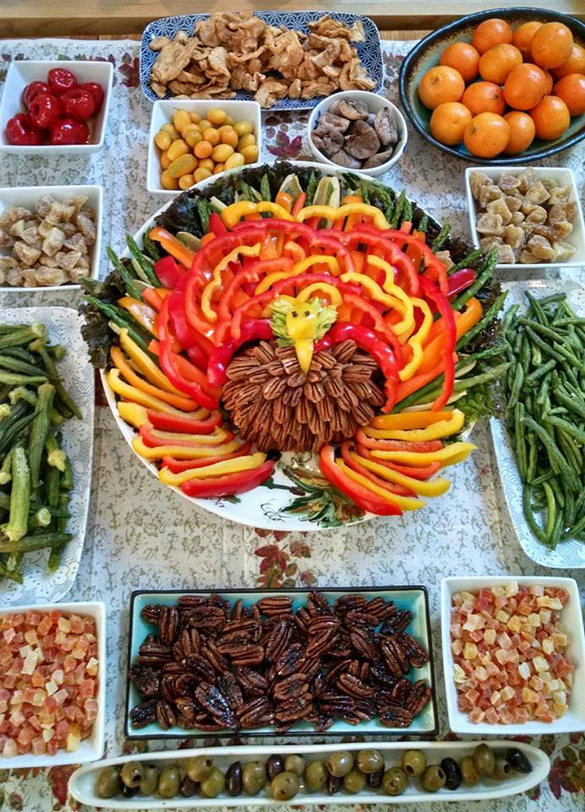 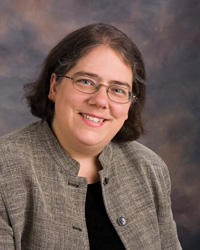 By FELICIA ORTH
Los Alamos
This will be our third Thanksgiving with two new traditions, one begun by each son: Leo’s veggie turkey and Alex’s fresh trout. I could not be happier with these developments.
The Veggie Turkey―The photo of the appetizer table above shows the veggie turkey: an arrangement of vegetables including bell peppers, asparagus, endive, red leaf lettuce and carrots.
The wattle is a cheese ball studded with pecans. Other appetizers included dried apples, dried papaya, dried figs, kumquats, tangerines, olives, peppadew, and freeze-dried green beans and okra.
If this looks like a lot of appetizers, it was; we ended up with 23 guests last year, and I always encourage folks to take home a little something from the table after our meal.
The veggies are good just the way they are; you could also put out a small bowl of salad dressing for dipping.
The Trout―Alex is a dedicated trout fisherman, and keeps some of the fish, especially the Brown trout, to eat and to share. He has used a grill and Russian Olive wood to lightly smoke the fresh trout he’s caught in the Jemez the last two years to bring for Thanksgiving; this year he will bring trout cakes.
As with the vegetables and dried fruit, trout makes an excellent starter for the Thanksgiving meal: it is tasty without being filling, and the light smoky flavor wakes up the tongue. He serves the smoked fillets with crackers and a small bowl of mustard or horseradish on the side. (This year I will try to get a photo before we devour it.)
Rosemary Walnuts—Laurie Colwin was one of my favorite cookbook authors. I had sought out her cookbooks “Home Cooking” and “More Home Cooking” after enjoying her short stories in the New Yorker magazine. She wrote in a warm and friendly way about meals she’d had and prepared, life in Manhattan, family and friends.
From a chapter on the Thanksgiving meal, for example: “For a long time I was addicted to Brussels sprouts as a side dish, but then my attention wandered.”
She ultimately replaced the traditional Brussels sprouts with parsnips under béchamel and then chili-oil drizzled broccoli. For Thanksgiving dessert, she served oranges and rosemary walnuts. She had found the walnut recipe in, of all places, another of the cookbooks I referred to regularly, Rosalea Murphy’s “Pink Adobe Cookbook” from Santa Fe!
As she notes, the trick about this recipe is that you can never make enough—they vanish quickly. I serve them as an appetizer rather than as dessert, and made them last week for a large group of Los Alamos Mountaineers at dinner in Moab, Utah, when several folks mentioned that they’d had enough cheese and crackers for the week. Presented in a pretty container, they make an excellent hostess gift as well.
Do be sure to set a timer or stay in the kitchen with an eye on the clock. Walnuts burn quickly. From personal experience, I can note that they turn into walnut-shaped charcoal and then burst into flame in the oven. The time it happened in my kitchen, coincidentally, there were three gentlemen from the Los Alamos Fire Department over for lunch.
I gave a shriek and asked “What do I do?” A calm response: “Shut. The. Oven Door. Felicia.” Starved of air, the flames subsided and I moved the walnut-charcoal outside so as not to stink up the kitchen further.
The teasing began at later luncheons: “Gosh, you know what would make this dish tastier? Toasted walnuts……”
Rosemary Walnuts (lightly adapted from Laurie Colwin’s “More Home Cooking”)
Melt 2 ½ tablespoons unsalted butter with 2 teaspoons crumbled dried rosemary, 1 scant teaspoon salt and ½ teaspoon cayenne. Pour over 2 cups walnuts and toss well to coat.
Spread the nuts on a baking sheet and bake at 350 degrees for 10 minutes. Allow to cool before serving or storing. 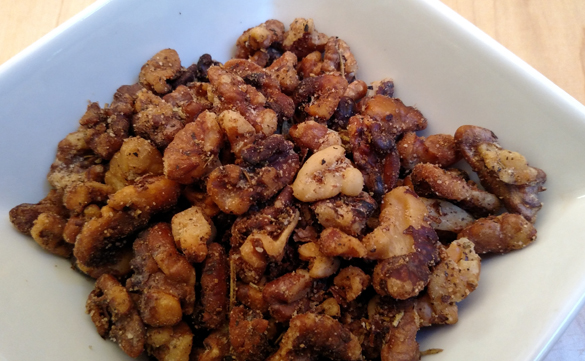