Food on the Hill: Thanksgiving Fun And Make-Ahead Gravy

In the Midwest as a girl, my family of seven annually joined a few dozen others on my mom’s side in Aunt Dolores’ and Uncle Jim’s home.

We enjoyed Thanksgiving dinner with aunts and uncles, cousins and grandparents; and there were a few firm traditions: only married couples sat at the adults’ table, with the rest of us at the large kids’ table; the most recently married bride brought the carrots and celery sticks; dinner always began with a small plate upon which sat a thick slice of can-ribbed jellied cranberry topped with a slice of canned pineapple and a dollop of sour cream.  After dinner, the men went to the living room to watch football, the women went to the kitchen to clean up with the younger children underfoot, and the older children went out to the movies.

In New Mexico as an adult hosting Thanksgiving dinners, the participants, the menu and the traditions have changed. Apart from two sons and one sister, we have no family within 1,400 miles. Our guests are mostly friends, and we are usually just 16 in all. Although we enjoy many of the typical Thanksgiving dishes, the menu has expanded since 1986 to include a few New Mexican specialties as well, particularly calabacitas, tamales and mole sauce for the turkey. Seating is not pre-determined, and kids and adults sit together. The table is littered with colorful photographs of dogs and cats in turkey or pilgrim costumes and other amusements. 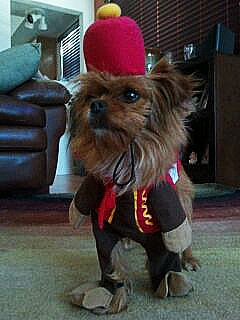 Occasionally, something new and fun suggests itself and we embrace that, too. Last year, it was the veggie platter shaped like a turkey.

I sliced up the vegetables and turned them over to my younger son with a photograph from the web. This year the posted veggie platters shaped like turkeys have proliferated wildly; we’ll try another one. 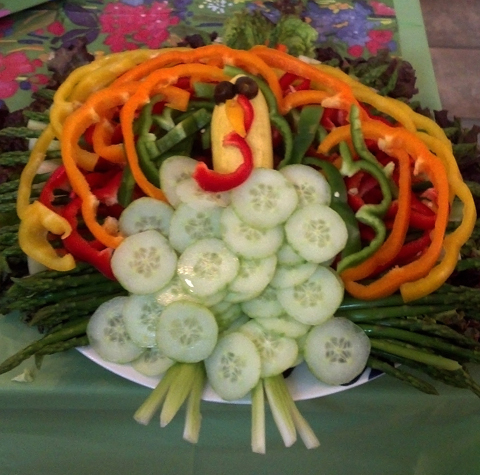 The veggies are good just the way they are; you could also put out a small bowl of salad dressing for dipping.

Several years in a row, I felt stressed when it came time to make gravy from the roasted turkey drippings. Family and guests were hungry; my husband had carved enough turkey from the bones that we had a lot of company in the kitchen snatching pieces; the side dishes were on the table cooling; and I was juggling a hot roasting pan trying to separate the greasy bit from the bit I wanted to whisk flour and butter into and trying to avoid lumps.

Purchasing a “separator” wasn’t as helpful as I thought it would be, and did not speed the process in any event. Several years ago I came across a recipe for make-ahead gravy. I tried it, feeling a little guilty, but then so happy to have a smoother transition to the table that I’ve never gone back. I don’t remember where the original recipe came from; I added thyme and Worcestershire sauce for more flavor.

Melt butter in a medium saucepan over medium heat, add onion. Cook until onion is translucent, about 5 minutes. Sprinkle the flour and thyme on the onions, stirring constantly, and cook until flour is golden to brown. Adjust heat so mixture does not burn.

Gradually whisk in stock until mixture thickens and is smooth. Cool, cover and chill.

When ready to serve, reheat mixture over low heat, stirring. Scrape bottom of turkey pan and add drippings or giblets to gravy. Taste and adjust seasoning, then serve. 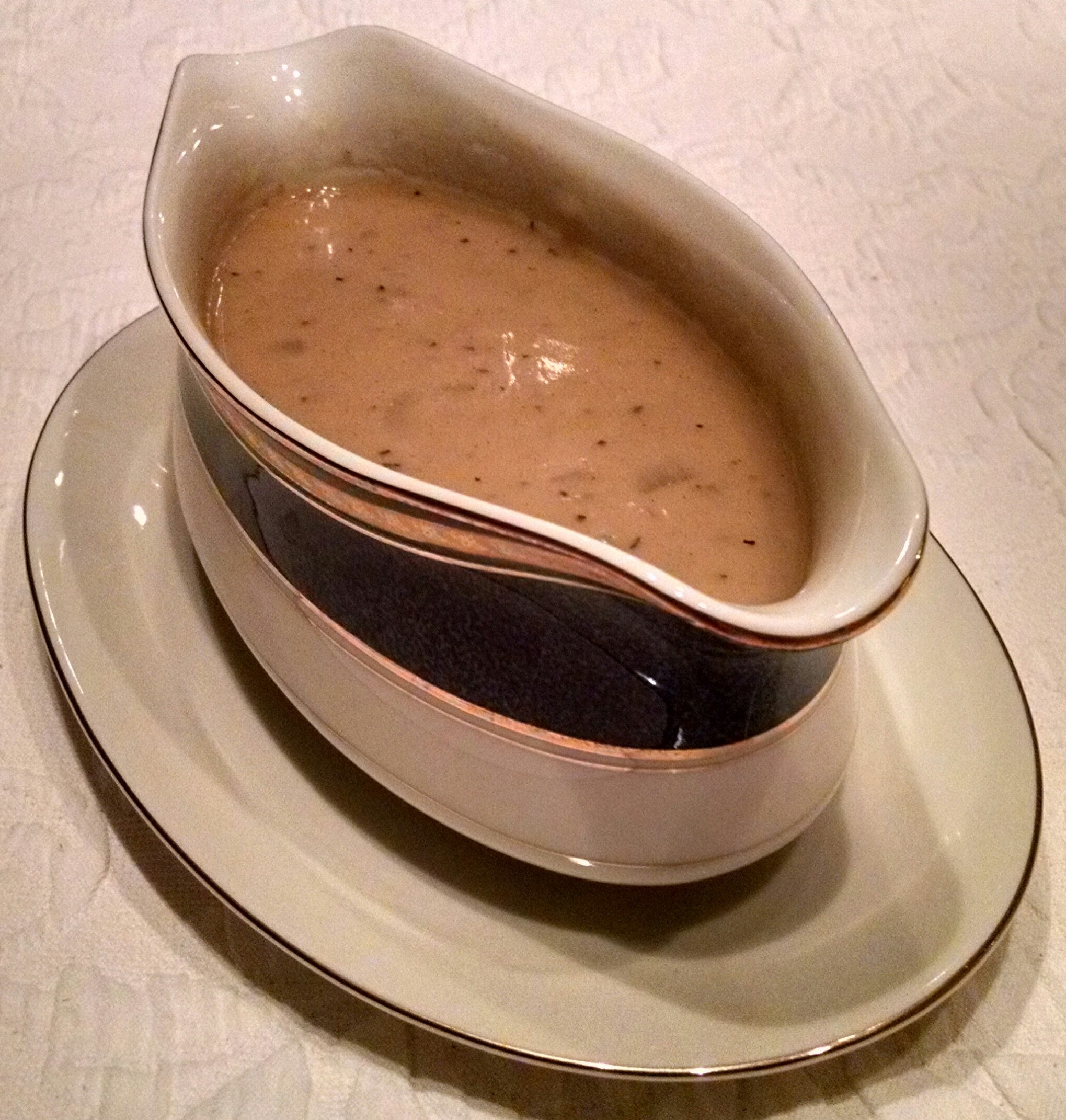