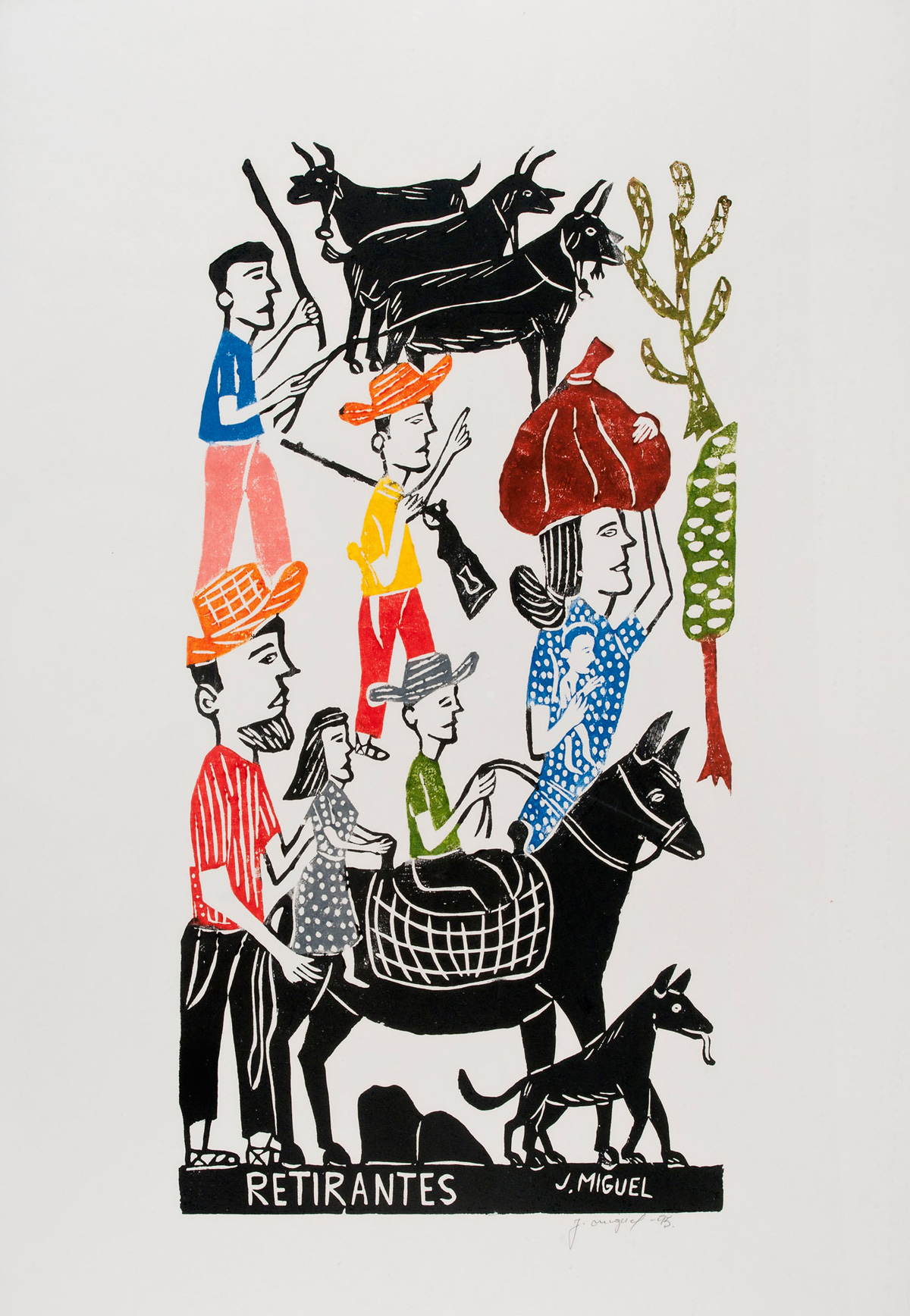 SANTA FE—Visitors to the Museum of International Folk Art (MOIFA) have a unique opportunity to help develop an exhibit on the timely topic of immigration. Work in Progress: Folk Artists on Immigration, a new participatory exhibit lab exploring issues of immigration, home, and belonging, is now underway in the Museum’s Mark Naylor and Dale Gunn Gallery of Conscience.

In this exhibit lab, visitors and community members participate “behind the scenes” to explore handmade embroidery, carving, paintings, drawings, and beadwork about immigrant journeys, and share their own memories, stories, and thoughts based on what they see.

Each of these objects, made by traditional artists from the Americas, Africa and Asia, tell visual stories of immigration from both the perspectives of those leaving home to settle in a new place, those left behind, and those welcoming newcomers in their midst.

Visitors explore with local and international folk artists and each other, the ways that traditional arts can express and engage people’s feelings about leaving one’s home, settling in a new place, and creating a sense of belonging, among other issues that arise when people move from one place to another.

“Immigration brings up strong feelings, both personal and political,” said Dr. Suzanne Seriff, director of the Gallery of Conscience. “Ask anyone what they think of when they hear the words ‘The American Dream,’ for example, and they can probably tell you a story that relates to their family, either positively or negatively. This holds true whether they immigrated themselves, or were already here when newcomers arrived. As one of the designated Sites of Conscience that exist around the world, the Gallery is a great place to draw on history, art, and storytelling to stimulate a more public conversation about the timely topic of immigration.”

Like all Gallery of Conscience exhibits, Work in Progress: Folk Artists on Immigration is conceived as a participatory space in the museum where the public is invited to visit, give feedback, leave their thoughts and their stories, and help to shape the content and form of the exhibition and its related programming.

“That’s why we like to call it an ‘exhibit lab,’” Seriff said. “It is a space for experimentation, participation, and dialogue within the museum—creating a continuously evolving exhibit experience that responds directly to visitor input and ideas.”

Interactive elements and facilitated dialogues with the public about immigration, the meaning of home, and the exhibition itself are tools that the Gallery of Conscience team will use to make each iteration of the show a constantly evolving reflection of the community’s interests, personal narratives, and current issues regarding the immigrant experience, locally and abroad.

Even the title of the exhibit is a work in progress, as visitors are asked to weigh in on, cast a vote for, or try their hand at composing their own title.

Work in Progress: Folk Artists on Immigrationis the prototype for a more “official” iteration of the exhibition, which will open with a convening of local and international folk artists at MOIFA, in conjunction with the 11th annual International Folk Art Market, in July 2014.

Launched in 2010, the Mark Naylor and Dale Gunn Gallery of engages and connects communities through the power of folk arts in order to catalyze positive social change. The Gallery works collaboratively with local and international traditional artists and community partners to create a forum for open dialogue about contemporary social justice and human rights issues.

The Gallery of Conscience is rooted in a model of public participation, dialogue, engagement, and community partnerships. Through dialogue-based programs, exhibits, and educational activities, as well as innovative partnerships with arts organizations, artists, and scholars, the Gallery addresses social issues of conscience important to us all as global citizens.