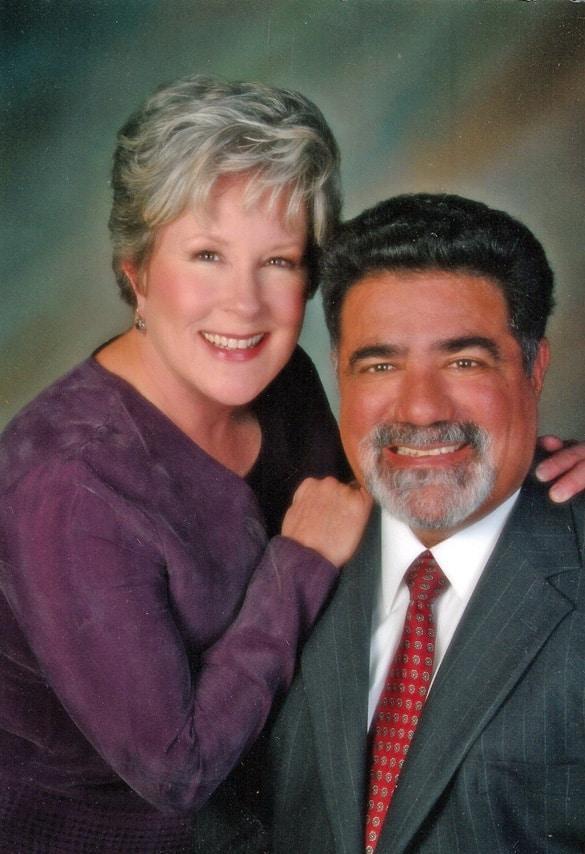 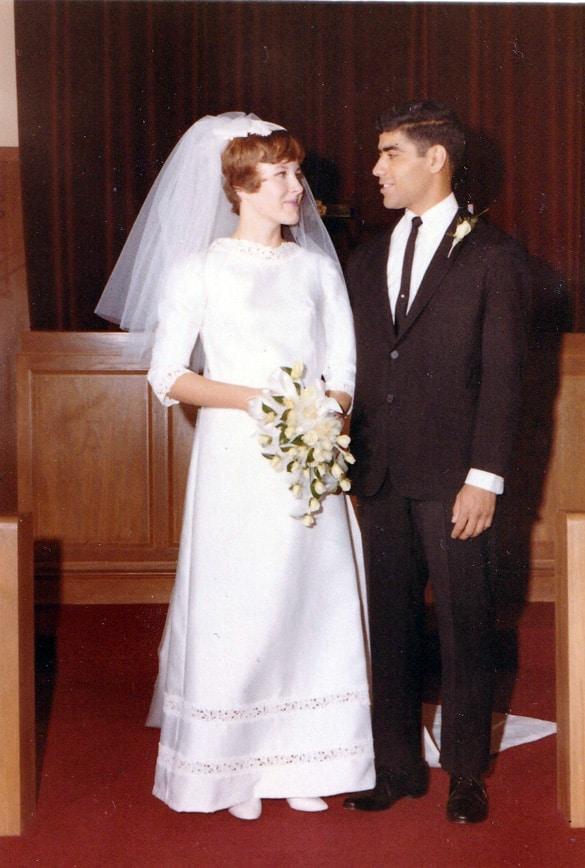 Floyd and Stephanie Segura on their wedding day, Aug. 31, 1968. Courtesy photo
COMMUNITY News:
Floyd and Stephanie Segura of Los Alamos will celebrate their 50th wedding anniversary Aug. 31, 2018 in the company of their children and grandchildren.
Both Floyd and Stephanie grew up in Los Alamos and graduated in 1965 from Los Alamos High School. Floyd attended college and run track at Adam’s State University in Alamosa, Colo., and later received his bachelor’s degree in business administration from the University of New Mexico. Stephanie attended the Hotel Dieu School of Nursing in El Paso, Texas, and the University of New Mexico School of Nursing.
The couple was married Aug. 31, 1968 at the United Church in Los Alamos. They lived in Albuquerque while Floyd attended school and Stephanie worked as a nurse. In 1971, they returned to Los Alamos where they raised their son and daughter. They have resided in White Rock for 40 years. Both worked for the Los Alamos National Laboratory and retired in 2005, each with more than 30 years of service.
They are enjoying retirement, traveling together and spending time with family, friends and their two beloved dogs, Peaches and Tyson. Among some of their destinations, they have traveled to Alaska, China, Australia, New Zealand, France, Hungary, Esontia, Russia, Demark, Canada and Hawaii.
The Seguras have two children, Eric (Gina) Segura of Raleigh, N.C., and Erin (Antonio) Perez of Los Alamos and two grandchildren, Logan and Serenity Perez of Los Alamos.
Menu
LOS ALAMOS