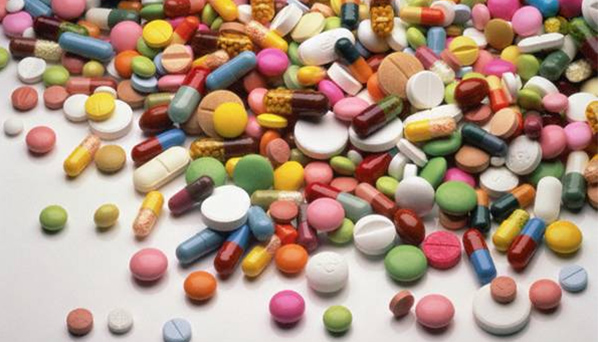 While the plan takes several important steps necessary to control the spread of antibiotic-resistant bacteria, it misses the opportunity to call for critical reforms in the agricultural sector that are essential to protect public health.

“President Obama gets an A for tackling this problem from multiple angles,” NMPIRG State Director Sean Foran said. “But in terms of addressing the biggest problem, the troubling overuse and misuse of antibiotics on large factory farms, the administration gets an incomplete.”

This lack of action to address the overuse of antibiotics in agriculture is notable in the face of recent commitments by several major retailers to curtail the purchase of meat raised with the routine use of the drugs.  Earlier this month, for instance, McDonalds announced it will phase out chicken raised with medically important antibiotics in its U.S. restaurants.  This policy will likely do more to confront the overuse of antibiotics in agriculture than the policies recommended in today’s plan.

In 2013, the Centers for Disease Control and Prevention (CDC) said that antibiotic resistance could be the “next pandemic,” and the agency has reported that 2 million Americans are sickened and 23,000 are killed by antibiotic-resistant infections every year.

“Factory farms are playing a game of chicken with superbugs, and our ability to treat infections big and small may end up losing,” said Foran. “While fast food restaurants are taking the lead on confronting this issue, our national laws are not keeping up.”

Up to 70 percent of antibiotics sold in the U.S. are given to livestock and poultry, which regularly get their helping of the drugs whether they’re sick or not.”

Industrial agriculture is the biggest consumer of antibiotics in the United States. Animals are routinely fed these drugs so that they can grow faster with less feed and remain healthy in the unsanitary, disease-laden conditions common on factory farms. This widespread overuse, however, leads to the creation of drug-resistant bacteria, and these superbugs make their way off the farm and into the surrounding environment, threatening public health across the country.

Experts around the globe, from the World Health Organization to the CDC, agree that steps to immediately and significantly reduce antibiotic use on factory farms are essential to curb the spread of antibiotic-resistant bacteria.

Recognizing this growing public health threat, several retailers, including McDonalds Corporation, Chick Fil-A, Chipotle, Panera and others have made strong commitments to stop or significantly reduce their purchase of meat raised with life-saving antibiotics.

However, the national plan issued today does not recommend similar strong action. It does not ask the agencies to reduce antibiotics administered for disease prevention – the bulk of use on farms – and does not mandate compliance with national guidance.

As detailed in a recent report released by NMPIRG, entitled Weak Medicine, such an approach is unlikely to lead to a significant reduction in antibiotic overuse on animal farms.

Farmers already purchase a majority of antibiotics under FDA rules that allow them to feed drugs to their healthy livestock to prevent diseases, rather than to treat existing infections. And all classes of antibiotics that can be used to promote growth can also be used to prevent diseases. Therefore, these voluntary guidelines may do nothing more than simply require factory farms to claim that these drugs are being used for disease prevention, rather than actually address their overuse.

The report also found that experience with similar rules in Europe shows stronger action is necessary to realize real reductions in antibiotics use in livestock production. For more than 30 years, European regula­tors took action similar to the FDA’s recommendations, yet antibiotic use in animals did not decline because farms increased the antibiotics fed to animals for “disease prevention.”

In 2011, the European Parliament adopted a resolution stating that the ban was insufficient to protect human health from the overuse of antibiotics. Meanwhile, both Denmark and the Netherlands took stronger actions than was required, and have seen huge reductions in antibiotic use in animals.

“We urge the administration to keep up with the retail sector and go further to limit the use of antibiotics to when animals are truly sick or directly exposed to illness,” said Foran. “The medical community, consumers, and even many in the food industry would likely stand and applaud such a move.”

The plan will direct federal agencies to take several actions that will combat the accelerating spread of superbugs that are increasingly resistant to antibiotics and are more difficult, expensive and sometimes impossible to treat. These include:

These steps will greatly aid in assessing the extent of the problem and, while not tackling the largest overuse of antibiotics, will still result in some reductions.

NMPIRG, the New Mexico Public Interest Research Group, is a consumer group that stands up to powerful interests whenever they threaten our health and safety, our financial security, or our right to fully participate in our democratic society.