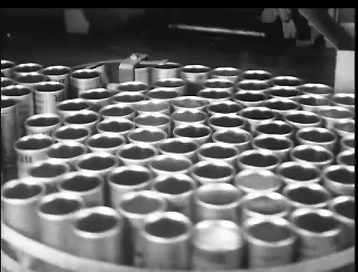 Canned beer made its debut Jan. 24, 1935. In partnership with the American Can Company, the Gottfried Krueger Brewing Company delivered 2,000 cans of Krueger’s Finest Beer and Krueger’s Cream Ale to faithful Krueger drinkers in Richmond, Va.

Ninety-one percent of the drinkers approved of the canned beer, driving Krueger to give the green light to further production. By the late 19th century, cans were instrumental in the mass distribution of foodstuffs, but it wasn’t until 1909 that the American Can Company made its first attempt to can beer. This was unsuccessful, and the American Can Company would have to wait for the end of Prohibition in the United States before it tried again.

Finally in 1933, after two years of research, American Can developed a can that was pressurized and had a special coating to prevent the fizzy beer from chemically reacting with the tin.

The concept of canned beer proved to be a hard sell, but Krueger’s overcame its initial reservations and became the first brewer to sell canned beer in the United States. The response was overwhelming. Within three months, over 80 percent of distributors were handling Krueger’s canned beer, and Krueger’s was eating into the market share of the “big three” national brewers–Anheuser-Busch, Pabst and Schlitz. Competitors soon followed suit, and by the end of 1935, more than 200 million cans had been produced and sold.

The purchase of cans, unlike bottles, did not require the consumer to pay a deposit. Cans were also easier to stack, more durable and took less time to chill. As a result, their popularity continued to grow throughout the 1930s, and then exploded during World War II, when U.S. brewers shipped millions of cans of beer to soldiers overseas. After the war, national brewing companies began to take advantage of the mass distribution that cans made possible, and were able to consolidate their power over the once-dominant local breweries, which could not control costs and operations as efficiently as their national counterparts.

Today, canned beer accounts for approximately half of the $20 billion U.S. beer industry. Not all of this comes from the big national brewers: Recently, there has been renewed interest in canning from microbrewers and high-end beer-sellers, who are realizing that cans guarantee purity and taste by preventing light damage and oxidation.