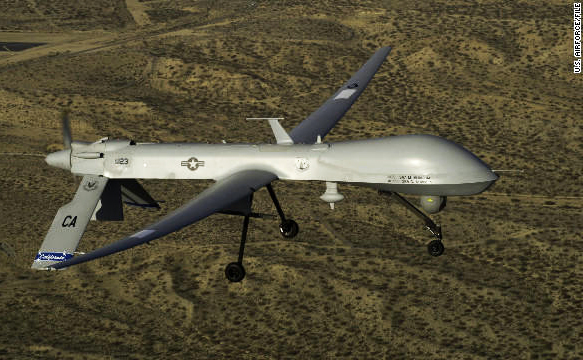 Federal wildland firefighting officials are exploring the deployment of drones to assist in surveillance and reconnaissance missions during a wildfire.

Drones sent to survey fire patterns during a wildfire could help keep firefighters out of risky situations by providing real-time information to officials on the ground. Few wildfire officials have used drones in the line of duty, and managers with the U.S. Bureau of Land Management (BLM) and U.S. Forest Service say that while the technology has potential, agencies do not have the budget and have not developed protocols to integrate drones into regular firefighting operations.

“I think you are going to see them sooner than you think,” said Rusty Warbis, flight operations manager at the BLM’s National Aviation Office. “Right now it is procedures, policy and regulation that’s really holding it up.”

The Salt Lake Tribune reports that in 2013, a California National Guard Predator drone was dispatched to assist firefighters during the Rim Fire, which burned 257,314 acres in the Sierra Nevada Mountains and Yosemite National Park. The drone “proved particularly effective for perimeter and spot fire detection,” says a report by Josh McDaniel of the Wildland Fire Lessons Learned Center. It was the official launch of a drone in wildfire history and “could point the way to how these assets are used on future fires … Fire managers on the Rim Fire say that the (drones) also have potential application in a wide range of missions related to communication crew, safety and night ops,” McDaniel wrote.

Despite the potential of drones, Warbis is concerned that incorporating drones into an already congested wildfire airspace could create a problem. Some fire officials are already on alert in case private drones interfere with firefighting operations. The BLM and Forest Service issued a safety alert June 25, after a private drone (DJI Phantom) was launched to film the Two Bulls Fire northwest of Bend, Ore.

“It’s bad enough if you hit a bird. Think if you hit a 40-pound piece of metal — not going to be good,” Warbis said.

The reduced hourly cost of a Predator drone is roughly $770 an hour, compared with a Type 3 helicopter at $3,500 an hour. Deploying drones in firefighting operations would eliminate the cost of flying a manned helicopter, but agencies must employ technicians to interpret the data transmitted by drones. Some firefighters claim that data from drones are not likely to be as helpful as descriptions from a live official in a manned helicopter.

“With someone trying to make decisions from data through a drone, you are not in the scene,” Warbis said. “You are observing the scene, and there is a risk there. You get a sense, a full, overall picture and awareness. When you are looking at a screen, I think it would be too easy to sit back and not have as much of the picture as you might like.”

Officials are also concerned about connectivity between drones and the devices they communicate with.

“Do we tap into their iPads?” said Mike Ferris, spokesman for the fire aviation management division at the Forest Service. “If we are in the urban interface, there is pretty good connectivity. But once you get out into the central mountains of Idaho, well, good luck.”

Before drones become the norm for fighting wildfires, the Forest Service is exploring the implications for management.

“We’re not going to run out and buy something without understanding things like cost, storage, maintenance, deployment and training,” Ferris said. “There are so many components to taking on a program of that nature that you really have to turn it out first.”