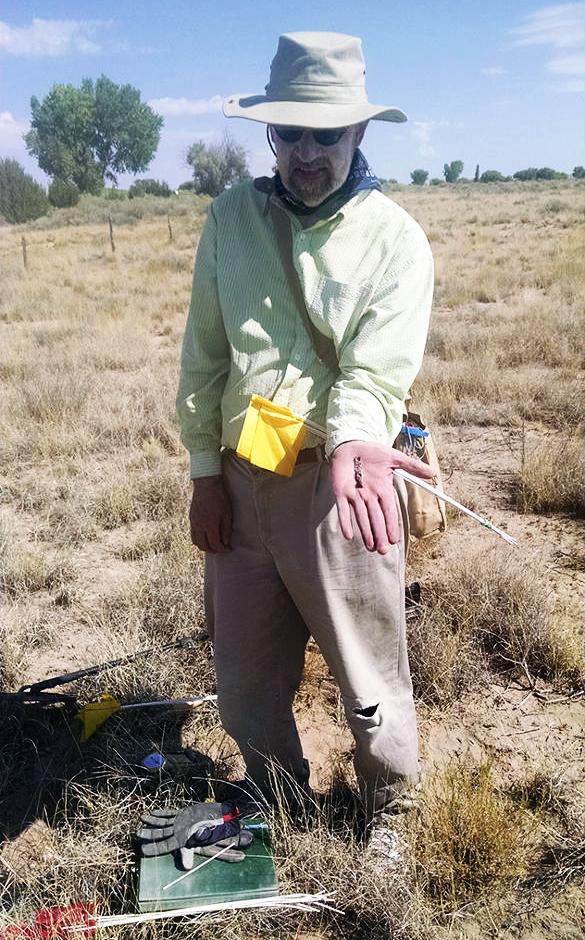 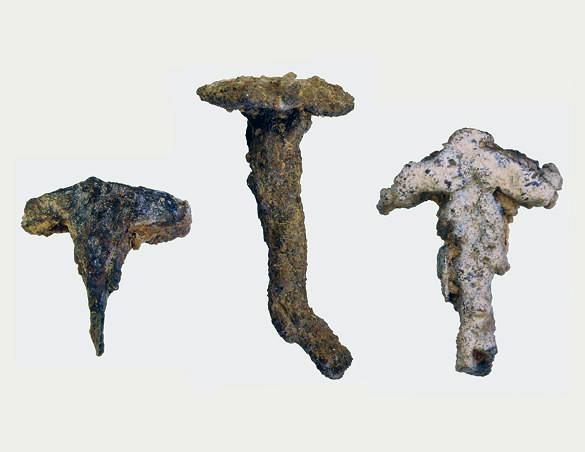 BERNALILLO ― Major archaeological news is being reported from the Coronado Historic Site in Bernalillo. An ongoing archaeological metal detector survey of the site revealed, for the first time, tangible evidence that the expedition of Vázquez de Coronado was present at this site.

Although archaeological and historical research has been focused on the Coronado Historic Site and its Pueblo of Kuaua for nearly 140 years, previous excavation, survey, and archival research had not identified any material evidence of the Vázquez de Coronado Expedition at this site.

Now in its 16th month, the survey has revealed the first definitive objects from that site that can be linked to the expedition led by Francisco Vázquez de Coronado. Objects recovered include copper crossbow boltheads, chain mail armor, nails, lead shot and other equipment. These artifacts offer compelling evidence to suggest the site was attacked by Vázquez de Coronado during the expedition’s extended stay in the Albuquerque-Bernalillo area between the summer of 1540 and spring of 1542.

The extent of the conflict is not yet known. It may have been a raid for supplies or a demonstration of force by the Spaniards and their allies. However, it is clear that the people of Kuaua Pueblo resisted. Thus far, sling stones, arrowheads, and large ground stone axes and mauls have been found in association with early Spanish military objects at Coronado Historic Site.

Artifact types, such as caret-headed nails and copper crossbow boltheads, are diagnostic of the Vázquez de Coronado expedition. They have been found at other sites associated with this expedition in the Middle Rio Grande Valley, Pecos, El Morro National Monument, and Zuni. These distinctive objects are found widely in fifteenth- and sixteenth-century contexts in the U.S. Southeast, the Caribbean, Central-South America, and Europe. It is known that crossbow boltheads and caret-headed nails were no longer in use by the time Spanish-led expeditions again returned to what is now New Mexico in the late sixteenth century.

Research at Coronado Historic Site is ongoing. It is focused on identifying the range of activities, objects and spatial concentration of materials, represented at the site and evaluating their significance. Another important objective is to ensure that the perspectives of local Pueblo communities remain critical and central elements in interpreting this formative period in New Mexico’s history.

Some of the results and artifacts associated with the metal detector survey are anticipated to go on display at Coronado Historic Site in the summer of 2019.

Coronado Historic Site is at 485 Kuaua Road in Bernalillo. It is open six days a week, 8:30 a.m. to 5 p.m. Wednesday through Monday. Docent led tours occur on the hour, 10 a.m. and 3 p.m., and are free with admission. Admission is $5 per adult. There is never a charge for children. Coronado Historic Site is free to New Mexico seniors Wednesday and all New Mexico residents on the first Sunday of every month.

For information on how to support the Museum of New Mexico, visit https://www.museumfoundation.org/montezuma-ball/