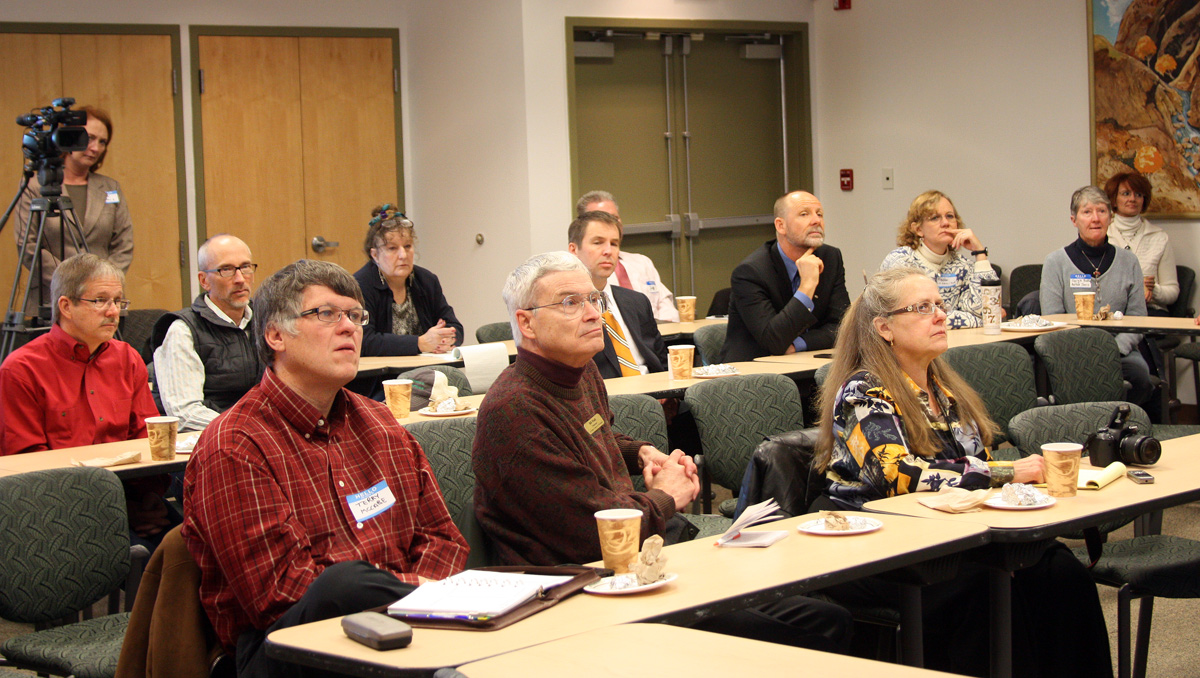 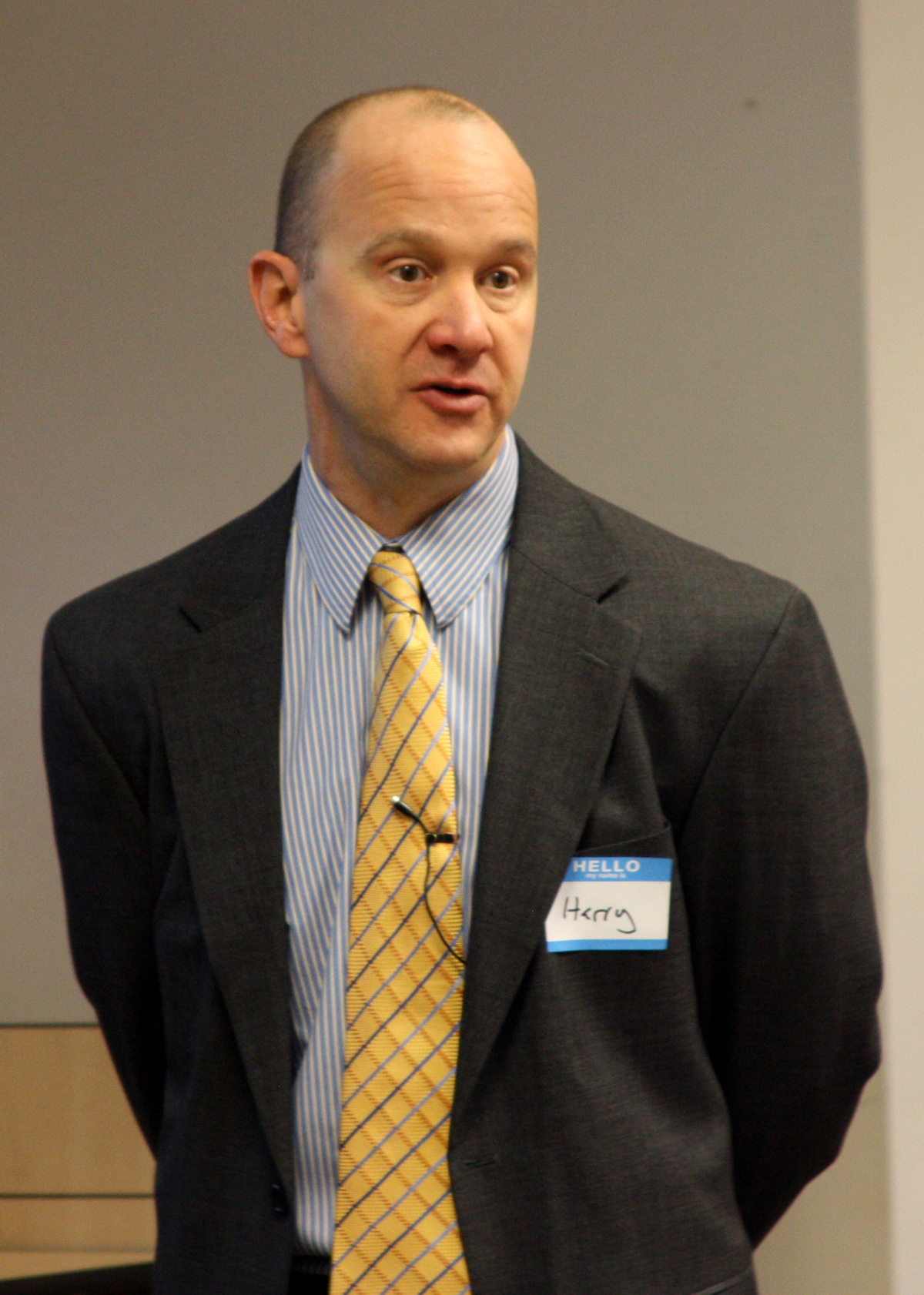 Financial stability continues to be a major goal for Los Alamos County, which has been forced to reduce its budget by 20 percent in the current fiscal year.

“We can’t rely on the Lab in the long run,” Burgess said.

County strategies include reducing the “leakage” of money earned in Los Alamos outside the County. The leakage rate is 70 percent, he said. The New Smith’s Marketplace, which increases the size of the store from 4,500 sq. ft. to 110,00 sq. ft., as well as the 60,000 sq. ft. of space that will be available for lease by others at the site should improve things, he said.

The County is seeking a contractor to run the restaurant at the Golf Course. Once the restaurateur is selected, kitchen modifications will be completed according to their specifications and at the contractor’s cost.

The County Branding initiative is moving forward and the County plans to bring recommendations to the County Council in March, Burgess said.

In an effort to move forward with development of recreational opportunities to attract visitors as well as be enjoyed by locals, Burgess said the County has worked with the International Mountain Bikers Association to develop a plan to improve trails and signage.

“More people are showing up at the White Rock Visitor Center than we have parking spaces,” Burgess said. “Our goal is to encourage people to stay awhile and spend some money.”

The County, in partnership with Pajarito Mountain Ski Area, will present a $400,000 request to the State Legislature to be used for the creation of a water system, a $3 million project. The main use of the water system will be fire protection; however other uses for the water are being investigated, including making the water potable and using it as a source of drinking water. Whether a well or piping water from the Los Alamos County Reservoir, or another water source is most feasible is still being explored, he said.

Air Service in the County has encountered some snags. The federal grant, which helped subsidize empty seats will expire Feb. 1, Burgess said. The breakeven point is seven seats filled on the nine-passenger plan for each flight. Currently four seats are being filled on the two existing flights. A surprise has been that only 27 percent of users are on Laboratory business, Burgess said. The other passengers are business travelers, locals on vacation and tourists, he said. 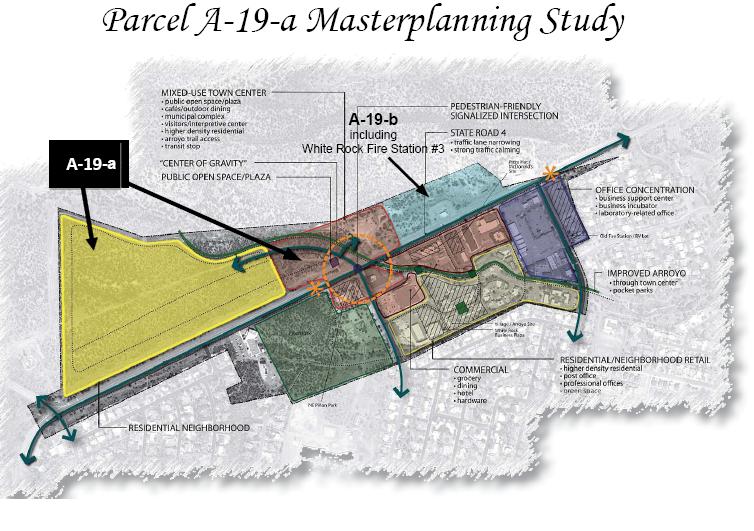 In addition, the County is working with UNM-Los Alamos to remodel or rebuild its student housing, which also will accommodate County residents who might not otherwise be able to live in Los Alamos, Burgess said.

Environment Stewardship is an important goal for the County this year. Burgess pointed to efforts to improve recycling rates, the County’s Smart House project and the installation of 1,600 smart meters in the County as part of the initiatives in this area.

The County has stepped up its efforts to support intergovernmental relations, including participation in the Regional Coalition of LANL Communities. The County has participated in lobbying efforts in Washington that have helped to capture $42 million in additional revenues for northern New Mexico, Burgess said.

To learn more about the County’s plans, Burgess encouraged citizens to visit the County’s website www.losalamosnm.us, where the Annual Report will be published soon.