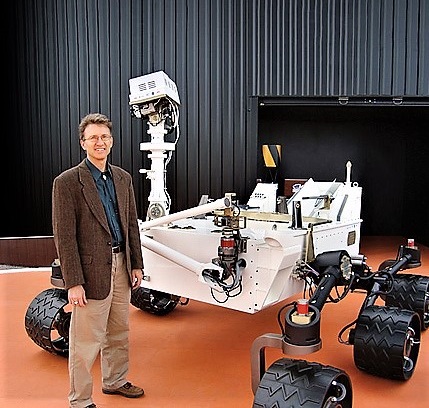 Sunday evening, April 23, the Los Alamos Phi Beta Kappa Association will hold its 61st annual banquet to honor the top graduates of Los Alamos High School. Phi Beta Kappa is the oldest undergraduate honor society in the United States and has about 240 members in Los Alamos County (2 percent of the county’s adult population).

The banquet for the honor graduates, Phi Beta Kappa Members and their guests, is 5:50 p.m. at Fuller Lodge in Los Alamos and catered by The Blue Window.

At the banquet, the Los Alamos Phi Beta Kappa Association will award a $1,000 scholarship to a student who has demonstrated a commitment to the humanities and sciences, and who plans to pursue that interest in college. The annual Jay Woodward Memorial book award, commemorating an outstanding LAHS student body president and scholar, also will be presented at the banquet. This award was initiated in 1957 by Woodward’s parents, John and Miriam Woodward, both founding members of the local Phi Beta Kappa Association.

Invited speakers from recent banquets have come from Los Alamos National Laboratory, New Mexico Tech and the Santa Fe Institute. Their choices of subject reveal a compelling cross-section and intersection of the sciences and the liberal arts, including creative uses of applied sciences, showing how scientists use their skills to interpret and preserve the world we live in, describing how human societies evolve, and speculating what those changes mean for the futures of both.

Speakers’ expertise and interests range from the esoteric, as in trumpet making, to more practical concerns, such as global warming and climate change.  Students and Society members attending annual banquets have enjoyed entertaining talks about ancient calendars as well as how urbanized societies evolve and change the environment.  The topic in 2011 was a particularly interesting presentation of how magnetic resonance imaging (MRI) identifies hazardous materials, explaining those pesky restrictions placed on the carrying of liquids onto airplanes.

This year’s speaker, Dr. Roger Wiens, will speak about recent explorations of Mars, and the climate and geographical discoveries made by Curiosity, the 1-ton rover, which landed there in 2012. Dr. Wiens is on staff at LANL and the University of New Mexico as part of the Space Remote Sensing Group. He also has been knighted in France for his efforts promoting space exploration between the two countries and “for inspiring many young, ambitious earthlings.” This should be a blast!

Guest speakers and topics from recent years include:

Members of Phi Beta Kappa who have not received an invitation to the banquet are encouraged to contact the organizers to attend or to sponsor a student’s attendance. The banquet cost is $40 per person. Contact Linda Hull by phone at 505.662.7950 or email northmesa@comcast.net, or Joyce Guzik at jguzik@mindspring.com by Saturday, April 15, to reserve a place. Phi Beta Kappa members also may download the invitation and RSVP form at http://www.mindspring.com/~jguzik/PhiBetaKappaLtr2017.pdf.