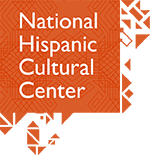 NHCC News:
ALBUQUERQUE ― Festival Ballet Albuquerque in partnership with the National Hispanic Cultiral Center (NHCC) presents Sacred Journeys II Aug. 24-25.
In this show, classical and contemporary dance combine with the eclectic music of two-time Grammy award-winning Taos Pueblo musician Robert Mirabal in a reflection of New Mexican cultures through dance, music and spoken word.
Performances are 7 p.m., Saturday and 2 p.m., Sunday in the Albuquerque Journal Theatre. Tickets are $14, $20, $29, $39 and $48, with a $2 discount for seniors, children 10 and younger and NHCC members. In additional, attendees can purchase tickets for $65 for a VIP meet and greet after-party with Robert Mirabal and Jock Soto. Tickets may be purchased from the Box Office at 505.724.4771 or at www.nhccnm.org.
Mirabal collaborates with internationally renowned New York City Ballet dancer Jock Soto, of Navajo and Puerto Rican descent. Soto, originally from Gallup, but now living in Eagle Nest also will make guest appearances onstage. Additional choreographers for the production are director Patricia Dickinson Wells, native New Mexican Dominic Guerra, and internationally known Vladimir Conde Reche, a native of São Paulo, Brazil. Additional guest artists include the Trujillo Family traditional Native American dancers.
Mirabal is a world-renowned musician, composer, poet, actor, and screenwriter, as well as a painter, master craftsman, horseman, and farmer. A two-time Grammy award winner and recipient of a 2014 New Mexico Governor’s Excellence in the Arts award, Mirabal is dedicated to keeping alive the centuries-old customs of Taos Pueblo. His 2002 breakthrough PBS special, Music from a Painted Cave, is unsurpassed in Native American theatrical expression. He also is a leading proponent of world music, and has merged his Indigenous American sound with the music of Africa, Asia, and the Caribbean, tapping into a planetary pulse with a style that defies categorization.
A former principal dancer with the New York City Ballet, Soto was one of the last dancers to be personally selected by founder George Balanchine when he was barely 16. He danced featured roles in over 40 ballets, of which more than 35 were created for him. The author of Every Step You Take and the subject of the documentary Water Flowing Together (the name of his Navajo clan), Soto taught partnering and technique classes at the School of American Ballet, where he was a permanent member of the faculty from 1996 until a few years ago. He resides in Eagle Nest and travels the world as a master class guest artist and choreographer.
Menu
Los Alamos
70°
Clear
5:48am8:23pm MDT
Feels like: 70°F
Wind: 9mph SSW
Humidity: 28%
Pressure: 29.91"Hg
UV index: 0
MonTueWed
93/66°F
90/64°F
91/64°F
Weather forecast Los Alamos, New Mexico ▸