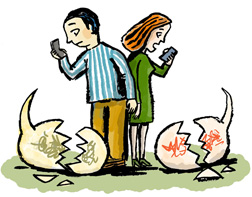 During a hearing of the Appropriations Subcommittee on Financial Services and General Government, Udall, who chairs the subcommittee, secured the promise from FCC Chairwoman Mignon Clyburn that FCC regulators will ensure providers will no longer discriminate against calls coming from rural areas.

“I am very pleased that the FCC will take action,” Udall said. Udall has long fought for the FCC to fix the problem of rural dropped calls. He recounted the story of a rural N.M. resident whose heart stopped, triggering his ‘life alert’ device to call his doctor.

“When his doctor tried to phone him, the call did not go through,” Udall said. “Thankfully, this situation did not become a tragedy, but it highlights why FCC action is so important. Frankly action cannot come soon enough. So thank you for your announcement today.”

According to the FCC, the problem stems from the fact that some long-distance and wireless carriers contract with third-party “least-cost routing” service providers to connect calls in rural areas to their destination at the lowest cost possible. Although many of these contracts include strictly defined performance parameters, all too frequently those performance levels are not being met and some calls are not even connecting at all.

Clyburn announced that she will propose new rules for the FCC to consider in the coming days to “ensure all rural Americans receive their phone calls.”

During the hearing, held on the 12th anniversary of the 9/11 attacks, Udall emphasized the need for the FCC to complete its work on improving first responder communication networks to save lives in future emergency events, a key recommendation of the 9/11 Commission that remains unfinished.

Udall also highlighted other key communications needs for rural New Mexico. He urged the FCC to address the need to expand rural broadband, and next generation 9-1-1 service for cell phones.

New Mexico ranks 49th in the nation in Internet access, and 34 percent of New Mexicans lack access to Internet services. On tribal lands, just an estimated 10 percent of residents have broadband access.

Udall continues to be a strong supporter of ensuring all Americans have access to the Internet, even the most rural communities, to help build economic and educational opportunities.

“Broadband is a key infrastructure challenge for our time. But the nation that invented the Internet now ranks behind other countries when it comes to high-speed Internet access,” Udall said after the hearing.

“This appalling digital divide creates real hardships for people, particularly in emergency situations. I was pleased to hear from FCC Chairwoman Clyburn and the other members of the Commission that they understand the need to bridge the digital divide. I’m going to continue pushing to ensure the federal government keeps up its commitment.”