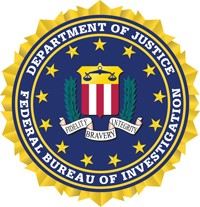 ALBUQUERQUE – Alexander M.M. Uballez, United States Attorney for the District of New Mexico, announced that Richard Mascarenas pleaded guilty Jan. 13 to one count each of kidnapping, assault resulting in serious bodily injury, and assault of an intimate partner by strangling and suffocating.

Mascarenas, 37, of Taos Pueblo, and an enrolled member of the Pueblo of Taos, will remain in custody pending sentencing, which is scheduled for April 19, 2023.

According to the plea agreement and other court records, Mascarenas assaulted Jane Doe and held her against her will from April 17, 2022, to May 4, 2022, at a residence in Taos Pueblo. In his plea, Mascarenas admitted that he would not allow Jane Doe to leave, contact her family or report the assaults because he did not want anyone to know how severely he had hurt her.

The kidnapping and assaults took place on the Taos Pueblo in Indian Country.

By the terms of the plea agreement, Mascarenas faces nine years in prison.