The FBI and local law enforcement authorities are asking for the public’s help in solving six bank robberies that occurred in the Albuquerque area in June.

The FBI is investigating whether some of these robberies may be related. Anyone with information about these or other bank robberies is asked to call the Albuquerque FBI Field Office at 505.889.1300 (24 hours). Tips also can be submitted online at https://tips.fbi.gov.

The FBI may pay a reward of up to $1,000 for information leading to the arrest and conviction of a bank robber. Information about other bank robbers wanted by the FBI can be found a thttps://bankrobbers.fbi.gov. 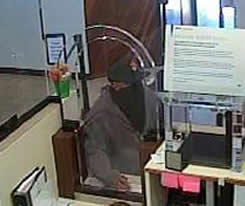 BBVA Compass Bank, 3500 Candelaria Road NE, Albuquerque
The suspect is described as a Hispanic male in his 20’s or 30’s, approximately 5 feet, 7 inches tall, 150 to 160 pounds, with a medium build. He wore a gray hoodie, black pants, black sneakers, a black bandana, and a black baseball cap with a possible Albuquerque Dukes logo on it. 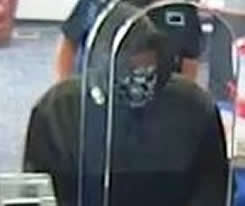 The suspect is described as a black male in his 20’s or 30’s, approximately 6 feet tall, and weighing about 170 pounds, with a medium build. He wore a black and white bandana on his face, a black  hoodie, and blue jeans. The suspect displayed a handgun. 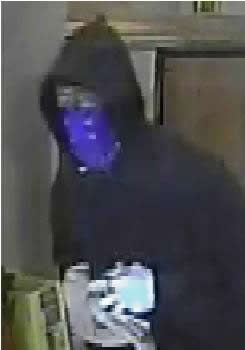 The suspect is described as a black male with green eyes and a slender build. He may have a tattoo under his left eye. The suspect wore a blue bandana over his face, a black zippered hoodie, white latex gloves, and dark pants, possibly faded jeans. He displayed a handgun. The suspect left the bank and got into a gray Nissan Altima with a turquoise New Mexico license plate. 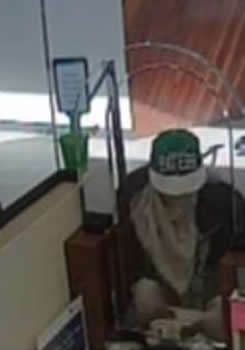 The suspect is described as a bald Hispanic male in his 30’s, approximately 5 feet, 7 inches tall, and weighing about 200 pounds. He wore sunglasses, a gray jacket, green baseball cap with white writing, and had a light-colored bandana or rag that covered his face. 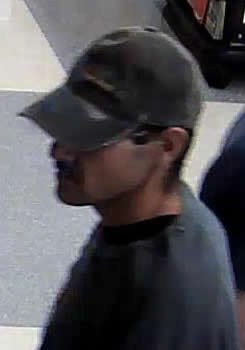 The suspect is described a Hispanic male, approximately 50 years old, about five feet nine inches tall, and weighing about 165 pounds. He wore sunglasses, a gray sweatshirt, a dark baseball cap and dark pants.The suspect left the bank with an accomplice in a silver four-door sedan. 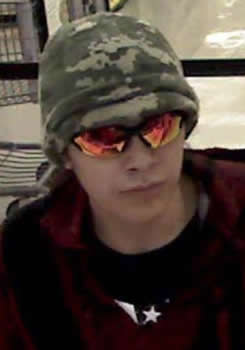 The suspect is described as a white male in his 20’s, with red or reddish brown hair, approximately five feet, eight inches tall and weighing about 140-150 pounds.He wore a camouflage beanie, black jacket with red stripes, black shirt, sunglasses with orange lenses and a black frame, dark pants and white plastic gloves.