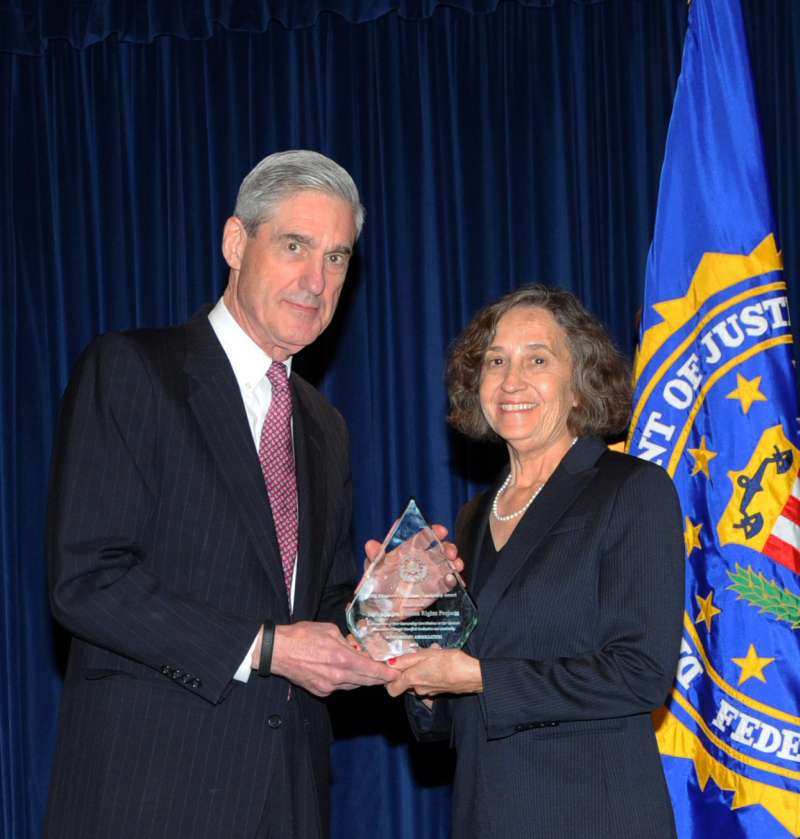 In a ceremony at FBI Headquarters, Director Robert S. Mueller, III recognized the recipients of the 2012 Director’s Community Leadership Award.

These leaders, selected by their area FBI field office, have demonstrated outstanding contributions to their local communities through service.

The Albuquerque Division of the FBI honored New Mexico Human Rights Projects (NMHRP), a nonprofit organization that provides hands-on programs for students, as a recipient of the 2012 Director’s Community Leadership Award.

NMHRP engages students intellectually and emotionally and challenges them to think about the choices they make when confronted with prejudice, racism, violence, and discrimination.

“Whatever the motivation—an unfilled need, a tragic occurrence, a desire to give back—these are people who make things happen and enlist others in their cause,” Mueller said at the ceremony in Washington. “They are activists who have earned their prestige through good works.”

Using lessons learned from history, NMHRP addresses the dynamics of bullying and fosters dialogue on social and racial injustice.

NMHRP also encourages youth to recognize and reject all forms of prejudice and violence, to assume greater personal responsibility for their actions, and to deal more sensitively with others.

NMHRP hosts exhibits, speakers, workshops, and other activities in New Mexico. In 1995, 2000, and 2010, NMHRP brought the international Anne Frank exhibit to the state.

In conjunction with the exhibit, a speakers bureau composed of local Holocaust survivors visited middle and high school students to speak about their personal experiences.

Teachers and students are the hallmark of NMHRP. Since 1995, the organization has impacted more than 250,000 New Mexicans, primarily students and teachers from 370 public and tribal schools located throughout the state.