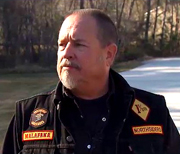 In San Antonio, a federal grand jury has returned a superseding indictment against the highest ranking leaders of the Bandidos Outlaw Motorcycle Organization (OMO) adding a murder charge and a new defendant to the federal racketeering indictment returned in January. 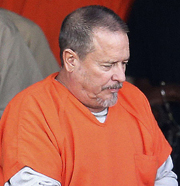 The superseding indictment also alleges that Portillo and Southwest San Antonio Chapter member Frederick Cortez (aka “Fast Fred”) were involved in the retaliation murder of Robert Lara in January 2002 in Atascosa County for killing one of their own. Javier Negrete, a member of the same Bandidos OMO chapter as Portillo and Cortez, was killed outside a San Antonio bar in October 2001. Federal authorities arrested Cortez yesterday.

Portillo, Forster and Cortez remain in federal custody. Pike is out on bond pending trial. Jury selection is scheduled for Oct. 11, 2016. Upon conviction, the defendants face up to life in federal prison.

It is important to note that an indictment is merely a charge and should not be considered as evidence of guilt. The defendants are considered innocent until proven guilty in a court of law.