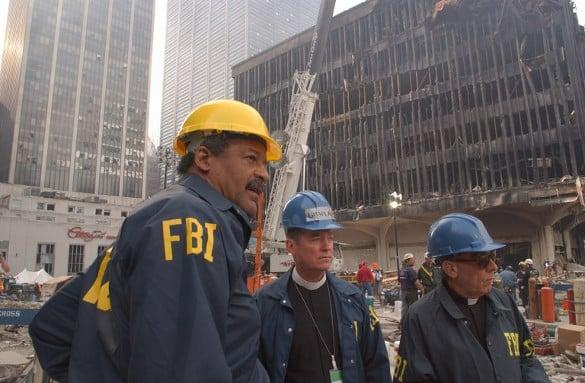 The FBI has deployed chaplains to crime scenes since 1991 to provide support to employees. An FBI special agent, left, speaks to two FBI chaplains at Ground Zero in New York in 2001. Courtesy/FEMA
FBI News:
FBI special agents and other Bureau professionals who respond to the bloody, chaotic scenes of mass casualties do so to help and to find answers: Who did it? How? Why?
And there are times when they can’t help but ask another question, one that does not have an easy answer.
“Sometimes the common question when facing such scenes is, ‘Why, God?’”, said Gary Morefield, pastor of the GV Christian Center in Henderson, Nev., just outside Las Vegas.
Morefield is one of about 130 FBI chaplains, part of a robust crisis intervention program that provides psychological first aid to FBI employees. The program also includes mental health professionals and specially trained peers.
Like other chaplains, those who work for the FBI are ordained clergy. Although some may lead a church, synagogue, or mosque, FBI chaplains provide spiritual support and guidance to a broader population in the Bureau. They are accessible to anyone, regardless of faith.
“Some people just feel better talking to a chaplain instead of a licensed clinician or a peer,” said Special Agent Paul Bertrand, a regional employee assistance program manager.
The FBI added volunteer chaplains to its roster in 1991, on the heels of a seminar that examined critical incidents involving the FBI. Seminar participants said FBI employees involved in shootings and who work gruesome scenes needed additional support beyond that provided by mental health professionals.
FBI chaplains are protected by workplace rules and have security clearances but are unpaid. Many are chaplains for other organizations or lead their own congregations. They do not proselytize during their work with the FBI.
Chaplains can help answer the deeper questions in the hearts of those who witness tragedy, differently from other trained professionals.
“Generally, my first response is, ‘I don’t know why this happened. I wish I knew. We may never know the answer,’ ” said Morefield, who is the FBI Las Vegas chaplain and who was on scene after the October 2017 Route 91 Harvest Music Festival shooting. “If I’m working with a person of faith, I would tell them, ‘I do know that God is here with us and hurting with you.’ ”
We know there’s a point at which people may need to talk to a mental health professional. But if needed, the chaplain can offer to provide the spiritual aspect with faith, with values, with meaning.”
Chaplains work part-time but hold regular office hours when they are not deployed in the field, meeting with employees and practicing their ministry of presence.
“It’s a process, to allow them the ability to share,” Morefield said. “People will be struggling with this for a long time. This shooting here, it was just pure evil.” 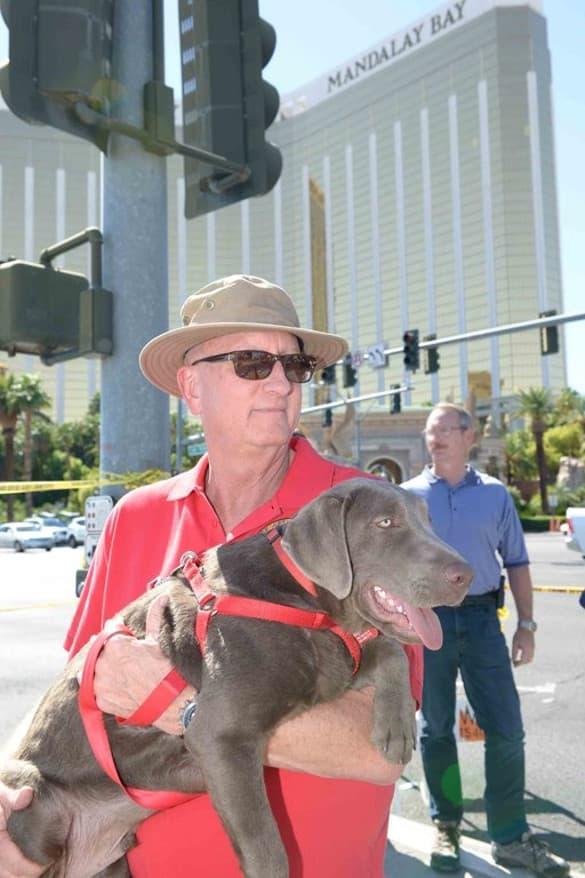