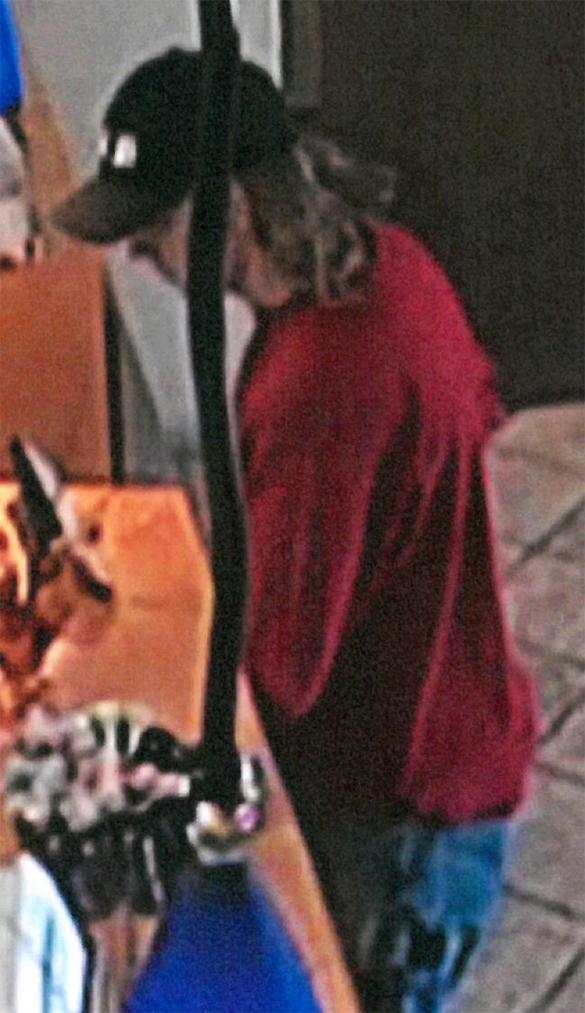 The bank robber enters My Bank at 6000 Montgomery Blvd. NE in Albuquerque Thursday morning and demands money from a teller. Anyone who recognizes this man is asked to call the FBI at 505.889.1300. Courtesy/FBI 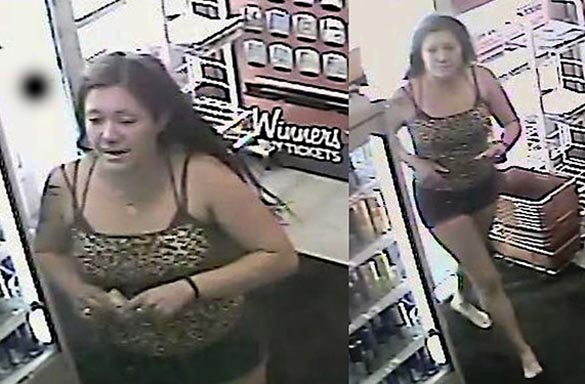 This woman is wanted for questioning in connection with a bank robbery Thursday morning in Albuquerque. Anyone who recognizes her is asked to call the FBI at 505.889.1300. Courtesy/FBI

The bank robber and a woman are believed to have been in this white or silver sedan at a gas station. Anyone who recognizes this vehicle is asked to call the FBI at 505.889.1300. Courtesy/FBI

The FBI is releasing additional photos connected to a northeast Albuquerque bank robbery that occurred Thursday.

Two of the photos are of an unidentified woman who was seen with the suspect at a nearby gas station after the robbery. Another photo is of the white or silver sedan that the suspect and woman were believed to have been in at the gas station.

The FBI would like to talk with this woman.

The FBI and Albuquerque Police Department are looking for a man with facial scars who robbed a northeast Albuquerque bank Thursday.

Authorities also would like to talk to an unidentified woman who was seen with the suspect at a nearby gas station shortly after the robbery.

Both were believed to be in a white sedan vehicle.

The suspect is described as a white male in his 30s, approximately 6′ tall, with long brown hair, a slender build, and scars on his face. He wore a dark baseball cap, a long-sleeve red shirt and blue jeans.

At approximately 10:04 a.m., the suspect entered My Bank at 6000 Montgomery Blvd. NE. He demanded money from a teller, who handed over an undisclosed amount of cash to the suspect.

The suspect was seen walking west through the bank parking lot.

The suspect and an unidentified woman were seen at approximately 10:23 a.m. at a Shell gas station, 3008 San Mateo Blvd. NE.

The FBI may pay a reward of up to $1,000 for information leading to the arrest and conviction of the suspect.

Anyone with information about this robbery is asked to call the FBI at 505.889.1300 or Albuquerque Metro Crime Stoppers, anonymously, at 505.843.STOP. 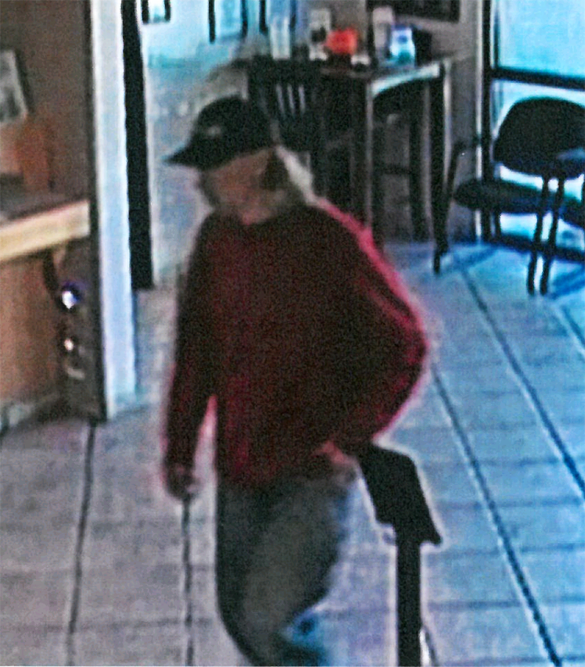 The thief is captured on video as he enters the bank he is about to rob. Anyone who knows him is asked to call the FBI at 505.889.1300. Courtesy/FBI 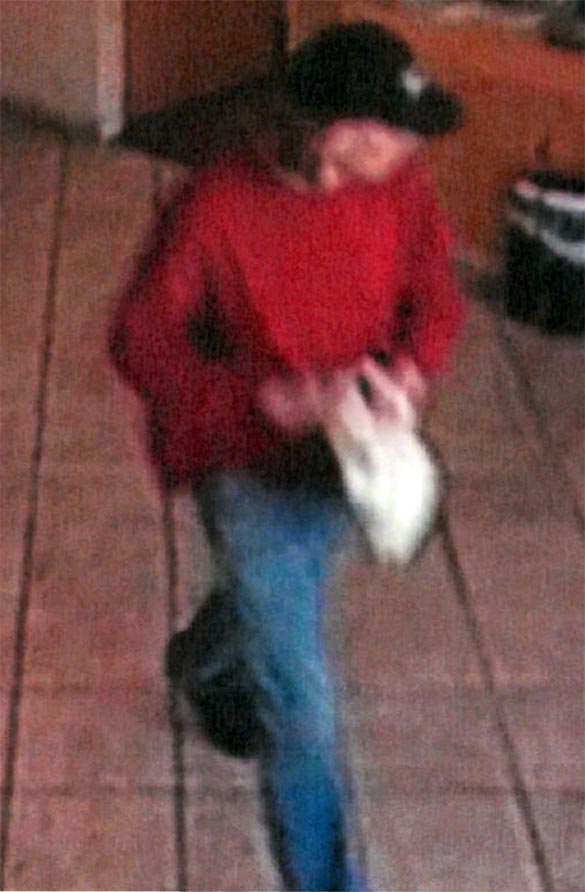