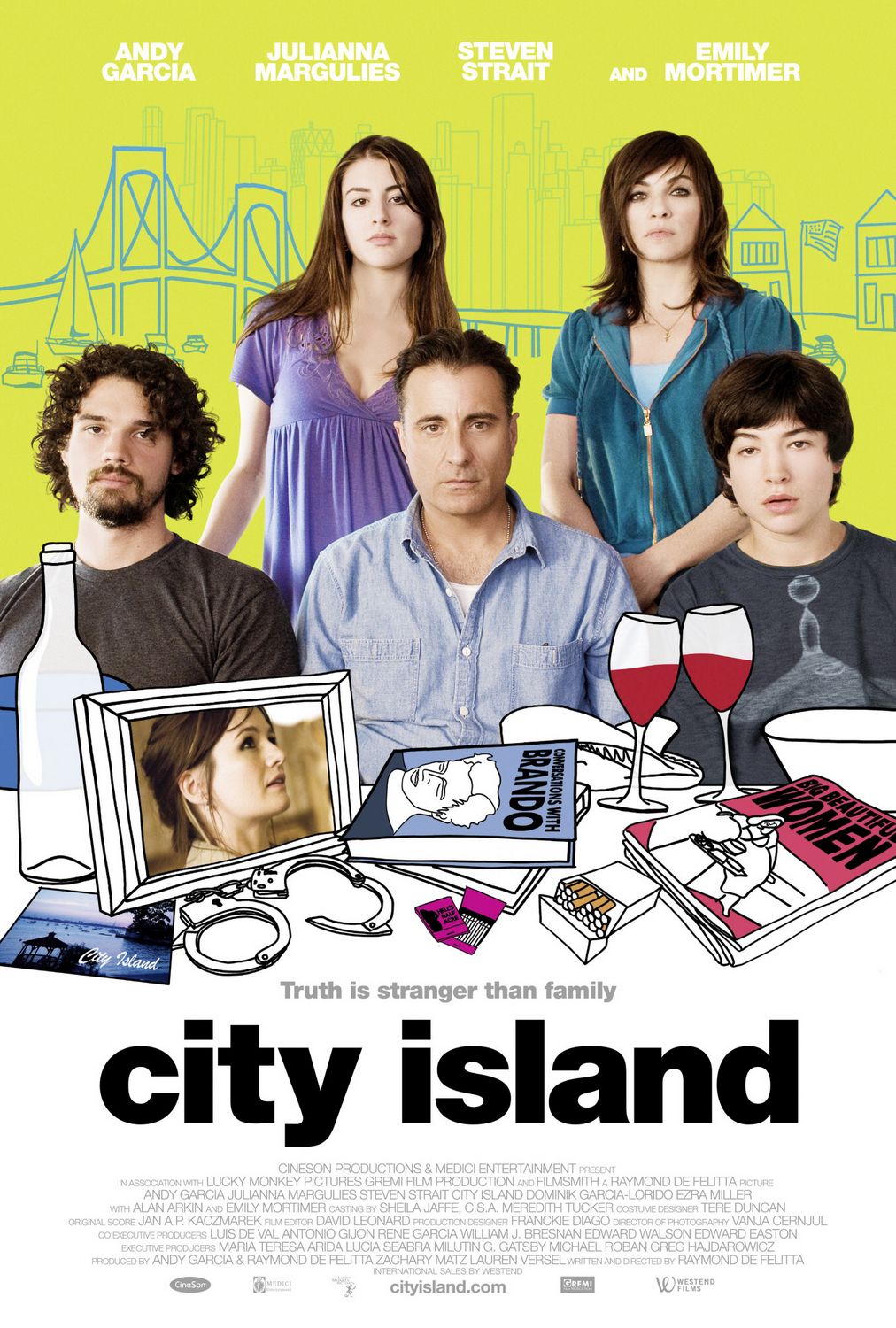 “If we only knew each other’s secrets, what comforts we should find.” So says John Churton Collins, who has nothing to do with this week’s screening at Mesa Public Library. Nevertheless, “City Island” (2009, PG-13), echoes the long-dead English literary critic’s pithy dictum.

Writer/director Raymond De Felitta’s farcical drama centers, as all good farcical dramas should, on a family. Families are always full of buffoonery and ridiculously improbable situations, and the film’s Rizzo family is teeming.

Vince (Andy Garcia) is afraid to tell his wife the innocuous thing he’s really doing while she thinks he’s having an affair. Joyce (Julianna Margulies) hasn’t told her husband that – tiny spoiler alert! – she still smokes.

Vivian (Dominik Garcia-Lorido) can’t admit where she works while her parents think she is studying “18 hours a day” to pass her college classes, and Vince, Jr., carries the guilt of being the first teenage boy to discover the voluptuous secrets of the Internet.

Vince has another, bigger secret, too, involving a convicted car-thief named Tony (Steven Strait), and it’s one too many. The plot eventually boils over into one of those great, cathartic, impossible movie moments where, all at once, everyone goes from feeling frustrated and isolated to feeling absolutely loved.

Movie-goers unwilling to share their own secrets will nevertheless find some comfort in watching the Rizzos lie, panic, squirm and discover that they can place faith in family after all.

“City Island” will show at 6:30 p.m. Thursday, June 5, at Mesa Public Library as part of the library’s Free Film Series.

The Free Film Series presents a movie the first Thursday of the month, thanks to the Friends of Los Alamos County Libraries. However, please note that due to Independence Day and the Los Alamos County Fair, screenings will be pushed to the second Thursdays: “Vicky, Christina, Barcelona” will screen July 10, followed by “The Other Son” Aug. 14.