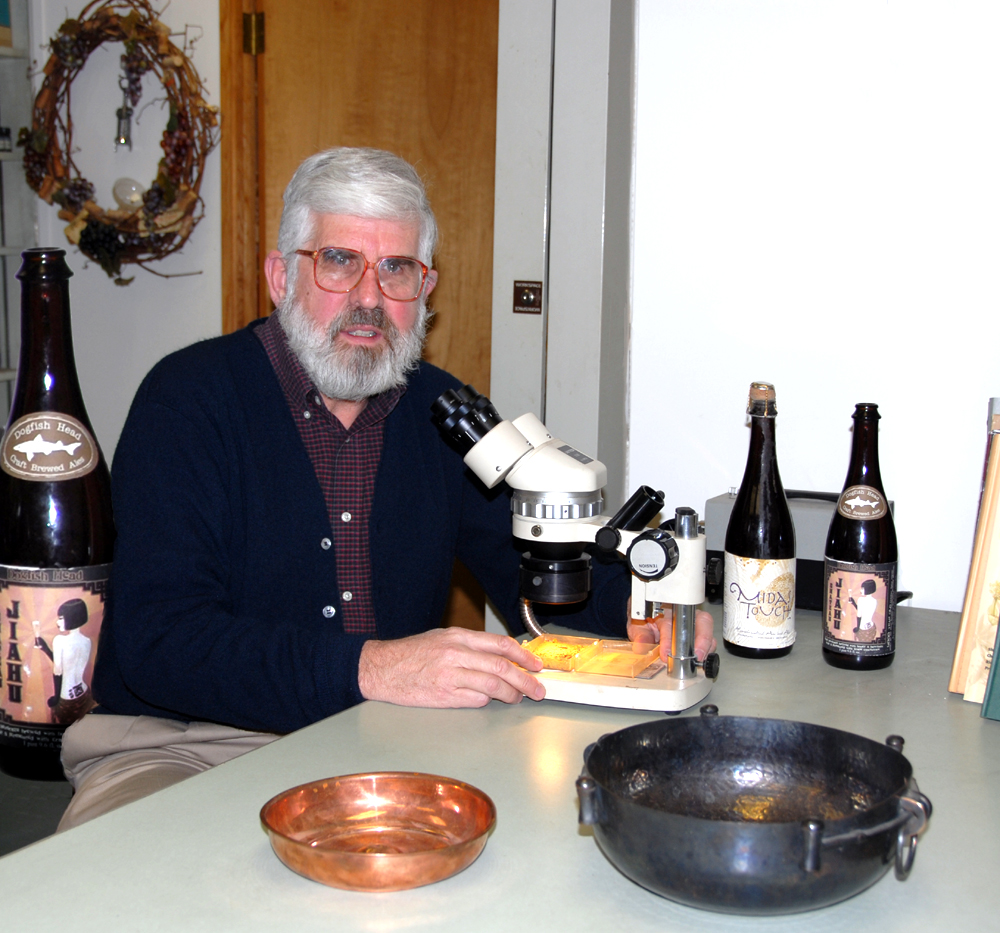 Dr. Patrick McGovern, director of the Biomolecular Archeology Project at the University of Pennsylvania Museum, analyses a sample. Courtesy photo

Alcohol has a bad reputation. Often, it gets painted as the villain that causes reckless and destructive behavior.

Dr. Patrick McGovern, director of the Biomolecular Archeology Project at the University of Pennsylvania Museum, will unveil alcohol’s long past and its impacts on human culture during the upcoming Los Alamos Historical Society’s lecture at 7:30 p.m., Tuesday at Duane Smith Auditorium. Admission to the lecture is $10. The lecture is free to members of the Los Alamos Historical Society.

It turns out that alcohol can do more than just make you tipsy.

Alcohol has many functions: medicinal (alcohol dissolves herbs), nutritional value, as a preservative, adding flavors and aromas, as a social lubricator bringing people and group stogether, and mind-altering, with an important role for religion in nearly every culture, McGovern said.

“These considerations definitely offset the negatives, except that drinking in excess is not healthy,” he said.

During his talk on Tuesday, McGovern will take the audience of a world-wide tour.

“My talk in Los Alamos will take the audience on a trip ‘out of Africa’ and around the world, showing how fermented beverages are basic to human existence on this planet,” McGovern said. “The re-created beverages are like liquid time capsules, taking us back in time.”

Alcohol also has its place in New Mexico history.

“New Mexico is on the northern periphery of the cactus and agave distribution, and fermented beverages were probably made from them at a very early date … of course, once the Spanish and Europeans arrived, distilled beverages, beer, etc. were introduced with varying results,” McGovern said.

For the past 20 years McGovern has pioneered biomolecular archeology. He has been dubbed the “Indiana Jones of ancient ales, wines and extreme beverages.”

“I became interested in the topic … when an archaeologist brought me a pottery vessel thought tocontain wine … When we showed that it didchemically, we continued on for the last 20 years, seeing more andmore how integral fermented beverages were to human culture and biology,” McGovern said.