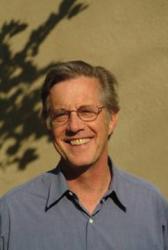 Conservationist William deBuys
NMHM News:
SANTA FE — Award-winning author and conservationist William deBuys speaks on and signs copies of his latest book and participates in a reception honoring the New Mexico History Museum’s acquisition of his papers.
The Fray Angélico Chávez History Library hosts this free event 5:30-7:30 p.m. Friday, June 19, in the museum auditorium, with light refreshments served in the lobby.
In 1992, in a remote mountain range, a team of scientists discovered the remains of an unusual animal with beautiful long horns. It turned out to be a living species new to Western science—a saola, the first large land mammal discovered in 50 years. Rare then and rarer now, a live saola had never been glimpsed by Westerners in the wild when deBuys and conservation biologist William Robichaud set off to search for the animal in the wilds of central Laos. They endured a punishing trek, whitewater rivers and mountainous terrain ribboned with snare lines set by armed poachers.
The Last Unicorn: A Search for One of Earth’s Rarest Creatures (Little, Brown and Company, 2015) is deBuys’ look deep into one of the world’s most remote places. His journey becomes a quest for the essence of wildness in nature and an encounter with beauty. 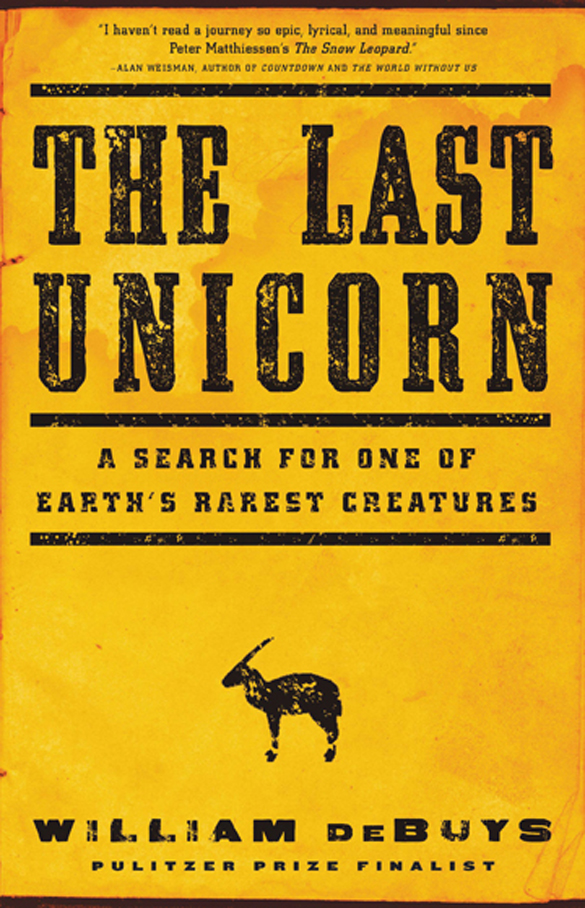 An extra treat: Meet photographer Jennifer Schlesinger at the 5 p.m. opening of the museum’s newest exhibit, Along the Pecos, featuring soundscapes by the late composer Steven M. Miller.
The author of eight books, deBuys’ writing ranges from memoir and biography to environmental history and studies of place. His books include Enchantment and Exploitation: The Life and Hard Times of a New Mexico Mountain Range (UNM Press, 1985), which won a Southwest Book Award and will soon be reissued in a revised edition; River of Traps (UNM Press, 1990; Trinity University Press, 2008), which was recognized as a New York Times Notable Book of the Year and was one of three finalists for the Pulitzer Prize in General Non-Fiction in 1991; Salt Dreams: Land and Water in Low-Down California (UNM Press, 1999), which won the Clements Prize for the year’s best book on the Southwest; Valles Caldera: A Vision for New Mexico’s National Preserve (Museum of New Mexico Press, 2006), winner of a Southwest Book Award; and The Walk (Trinity University Press, 2007), an excerpt from which won a Pushcart Prize in 2008. In 2011, Oxford University Press brought out A Great Aridness: Climate Change and the Future of the American Southwest, which won a second, now renamed Weber-Clements Prize.
His shorter work has appeared in Orion, The New York Times Book Review, Doubletake, Story, Northern Lights, High Country News, Rangelands, and other periodicals and anthologies. From 1997 to 2004, he developed and directed the Valle Grande Grass Bank, a cooperative effort involving ranchers, conservationists and public agencies in the rehabilitation of rangelands in northern New Mexico.
From 2001 to 2004, under appointment by President Clinton, he served as founding chairman of the Valles Caldera Trust, which administered the 89,000-acre Valles Caldera National Preserve. DeBuys earned a master’s and doctorate in American Civilization from the University of Texas at Austin. He was named a Lyndhurst Fellow from 1986–1988, a Carl and Florence King Fellow at SMU in 1999–2000, and a Guggenheim Fellow in 2008–2009.
He lives on a farm he has tended since 1976 in the remote village of El Valle in the Sangre de Cristo Mountains between Santa Fe and Taos.
DeBuys’ papers will allow the Chávez History Library to open a new resource to researchers into the environment and climate of the Southwest.
“I’m excited. Bill is a magnificent writer and an absolute expert on climate in the Southwest. He’s cutting-edge,” Librarian Tomas Jaehn said. “A lot of his papers are his research and they include some really obscure pamphlets that he found and used. This will make an impact years down the road—and it shows that we’re collecting the 21st century, as well as the older historical documents.”
“I am delighted to convey my papers to the Chavez Library,” deBuys said. “This way, they will remain in the community where a large portion of them were generated and close to many of the landscapes that they can help to document. They include research files, draft manuscripts, records of conservation projects, and materials from the early days of the Valles Caldera Trust. They also include a number of one-of-kind documents pertaining to northern New Mexico, which I am glad to see will become available to others. It is always a pleasure to work with a great institution like the New Mexico History Museum, and I look forward to further collaboration in the future.”

Need images? Click here for photos of William deBuys and the book jacket.