ESB Members Get The Dirt On Compost 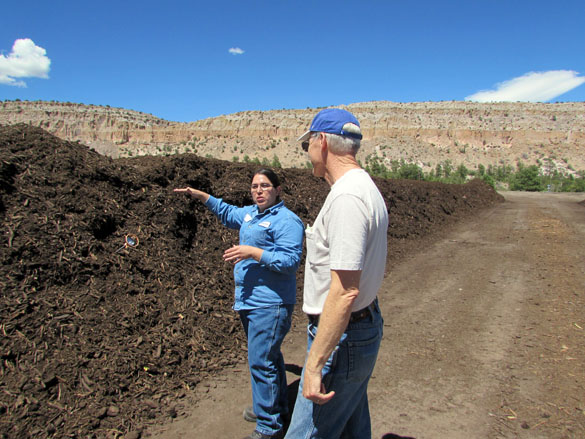 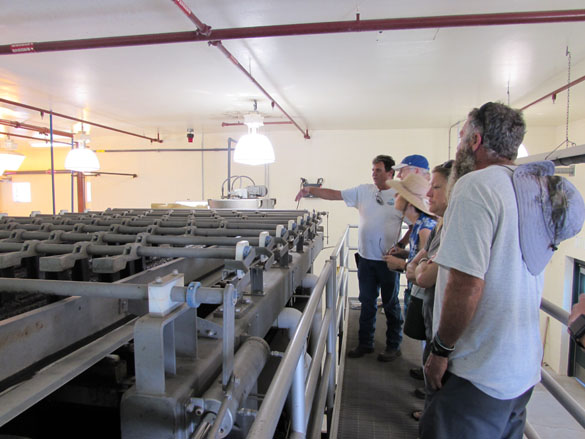 Superintendent Jeff Ayers, far back, shows a piece of machinery that handles bio solids and squeezes out water from the solids. Photo by Kirsten Laskey/ladailypost.com
By KIRSTEN LASKEY
Los Alamos Daily Post
​kirsten@ladailypost.com

The composting operation at the wastewater treatment plant in Pueblo Canyon is not just environmentally friendly, it is economically sound.

During a tour held July 20 for the Environmental Sustainability Board, Superintendent Jeff Ayers explained prior to producing compost, the County spent  $1,800 a week to send biosolids to the Rio Rancho landfill. He said it cost $1,000 to deliver the solid waste and the landfill charged $800. The County started composting in January 2014.

Now, plant operators haul 25 tons of compost a month to the Eco Station. It is provided to residents free of charge.

Ayers said the compost is a popular item, adding none of it goes to waste. “I can’t get it to them fast enough,” he said.

Supervisor Jennifer Baca led members of the Environmental Sustainability Board around the plant and showed them the process of how the compost is produced.

Ayers said the entire process is not man-made. “Everything you see over there is all natural,” he said.

Board members peered over the sides of a huge aeration basin filled with mud-colored water. It was explained that workers create the right environment for “bugs” or bacteria to break down the waste (ammonia and organics). By the time the bacteria is done, the sludge is no longer human waste but rather it is a biosolid, which resembles flakes of compact, wet earth.

They also viewed a clarifier, another huge basin, used to separate the  sludge from the water. The sludge is pumped through pipes that either go back to the aeration basin or is sent to the belt press where a truck will collect it.

At all the different stops on the tour, the air was surprisingly stench-free. Ayers said if doesn’t smell bad they must be doing something right.

Board members were also shown a lab, where sludge gets tested for  fecal coliform, as well as the computer system that is used to run the entire plant.

In addition to the sludge, the compost is also made of several other layers including mulch and horse manure. The ingredients for the compost are built into several long rows about six feet high with long-stemmed thermometers placed throughout the rows to measure its temperature. The material is required to be 135 degrees and the group was told workers need to wait 45 days before testing it.

Ayers told the Daily Post that composting is common among municipalities. “A lot of people just find this easier and cheaper,” he said.

Many on the tour were impressed by what they experienced. As one participant commented, “You don’t just flush the toilet and that’s it.”\ 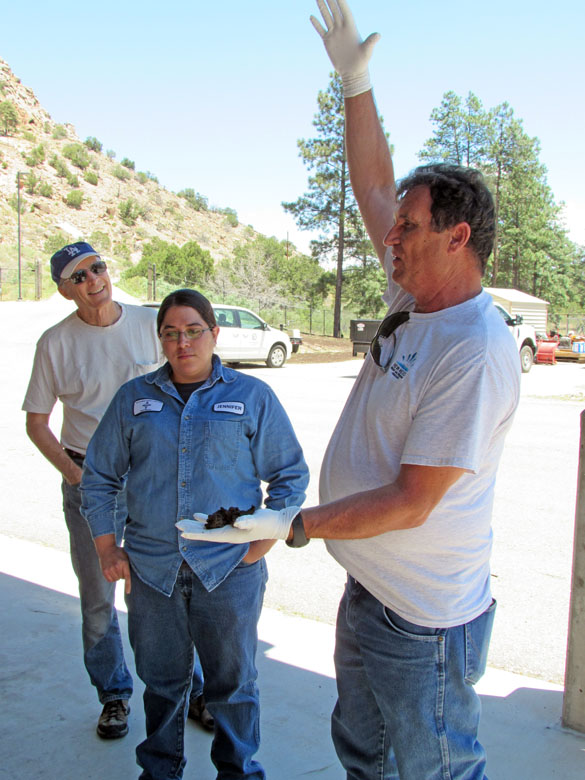 Wastewater Treatment Supervisor Jeff Ayers shows a piece of bio solid that is a part of the compost. Photo by Kirsten Laskey/ladailypost.com 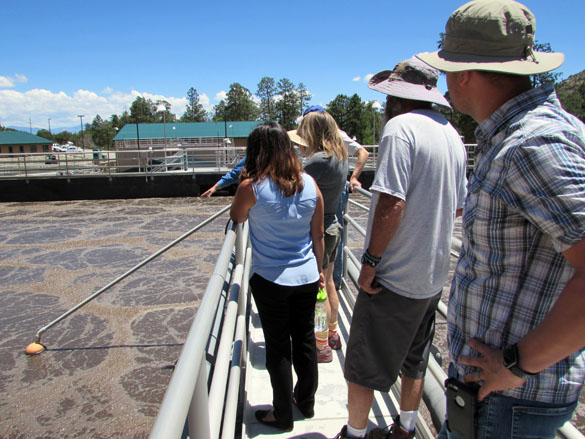 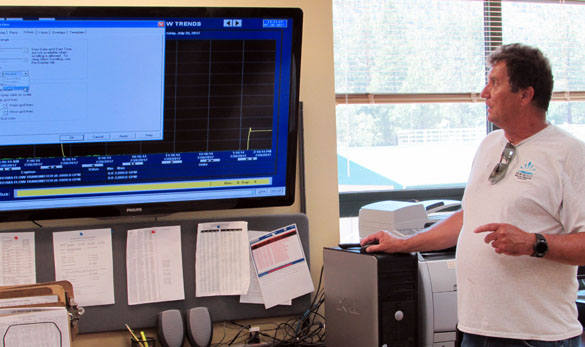 Superintendent Jeff Ayers shows the programs that help operate the plant. It’s a far cry from when he first started at the waste water treatment plant in the 1980s. He recalled how his then-boss would create graphs using colored pencils. Photo by Kirsten Laskey/ladailypost.com 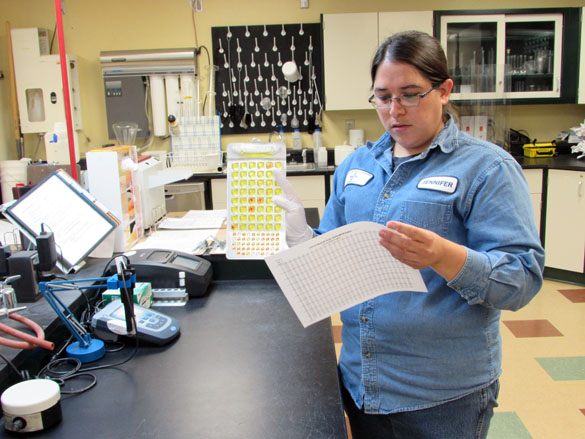