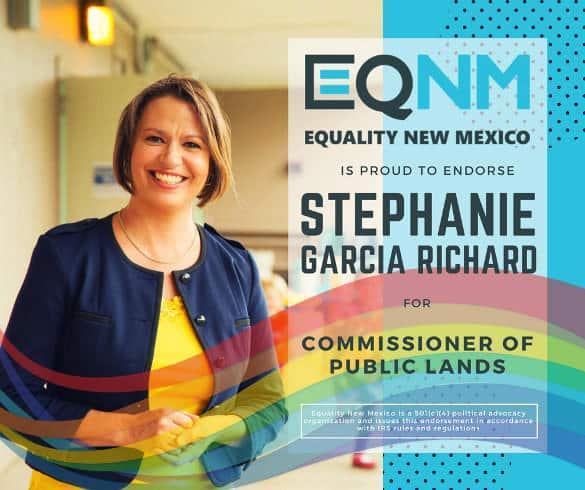 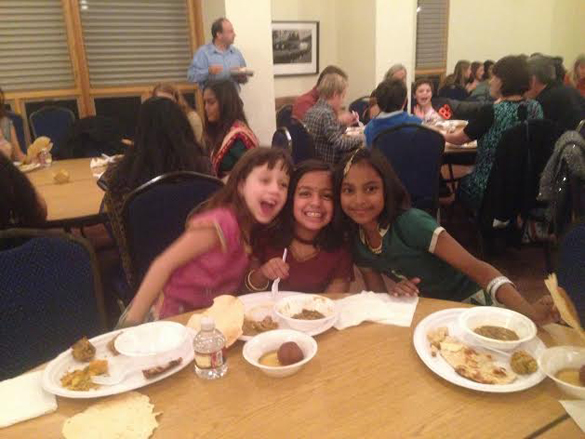 ENM News:
ALBUQUERQUE ― Proudly, Equality New Mexico has endorsed Maggie Toulouse Oliver for Secretary of State and Stephanie Garcia Richard for Commissioner of Public Lands.
Toulouse Oliver has been instrumental in securing rights for the LGBTQ+ community. Knowing the road to marriage equality in New Mexico led through the courts, she invited the lawsuit filed by Kim Kiel and Rose Griego, et. al. that culminated in the Supreme Court’s 2013 “Griego v. Oliver”, ruling that marriage equality should be the law of the land in our state.
“Maggie has proven herself to be one of the biggest allies of LGBTQ+ New Mexicans, time after time.” says Adrian N. Carver, executive director of Equality New Mexico (EQNM). “Because of Maggie, regardless of what happens at the federal level, LGBTQ+ New Mexicans will have the right to marry the person they love. She’s consistently leveraged her offices to secure tangible wins for our community and as EQNM continues to fight for voting rights for all New Mexicans, we need Maggie Toulouse Oliver to continue to be our Secretary of State.”
In a questionnaire turned into EQNM, Toulouse Oliver states, “I am running for Secretary of State because I believe that the more people participate in democracy, the more representative their government—and the policies it creates—are of all communities. As Secretary of State, I have worked to make it easier for everyone to register to vote, for people with disabilities to cast a ballot and for working people to be able to vote at times and places that make sense for their schedule. When everyone votes, everyone’s voices are heard. That’s how we affect real change. “
Rep. Stephanie Garcia Richard, running to be the next Commissioner of Public Lands, an office traditionally held by men, also received the endorsement of EQNM.
Of Rep. Garcia Richard’s nomination, Carver says, “In a state with incredible disparities in education, health, and economic opportunity the State Land Office has gone underutilized in efforts to achieve justice in those areas. EQNM’s endorsement of Stephanie is a signal that we need a new type of leader as Land Commissioner. LGBTQ+ New Mexicans need someone who can leverage the mandate of the Office to focus on the wellbeing of all our community members.”
Rep. Garcia Richard’s questionnaire states, “For over 100 years, and even before that, our land has been rich in shared natural resources and we have not realized the full benefit of those resources. We have sold off our interests to short term profit gain, making due with the piddling we get from those sales, protecting powerful interests, lobbyists and industries at the expense of our people and their welfare. Now, we face an increasingly grim climate reality, health concerns, water scarcity, and a population that faces obstacles to healthcare access, quality education, economic opportunity; a population that faces generational poverty, addiction and cyclical violence and sees no one willing to stick up for them. I’m running to change all that.”
Menu
Los Alamos
30°
Sunny
7:11am5:22pm MST
Feels like: 25°F
Wind: 4mph NNE
Humidity: 55%
Pressure: 30.31"Hg
UV index: 1
MonTueWed
46/25°F
43/21°F
37/19°F
Weather forecast Los Alamos, New Mexico ▸