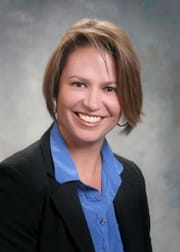 WASHINGTON, D.C. – Today EMILY’s List, the nation’s largest resource for women in politics, made its first round of New Mexico state office endorsements ahead of the June 5 primary, endorsing five women leaders for statewide and legislative seats ahead of the June primary.

“EMILY’s List is excited by the large number of women running for office in New Mexico this year, and we are proud to be supporting these five leaders ahead of their primaries. All five have impressive records of public service, ranging from serving in leadership positions at nonprofit organizations to serving on county council to currently serving in the state House. Democrats in New Mexico have the opportunity this year to elect more women to the state House than ever before. EMILY’s List looks forward to helping make that happen by supporting these impressive candidates’ campaigns.”

EMILY’s List, the nation’s largest resource for women in politics, has raised over $500 million to support pro-choice Democratic women candidates – making them one of the most successful political organizations ever. Our grassroots community of over five million members helps Democratic women wage competitive campaigns – and win. We recruit and train candidates, support strong campaigns, research the issues that impact women and families, and turn out women voters. Since our founding in 1985, we have helped elect 116 women to the House, 23 to the Senate, 12 governors, and over 800 to state and local office. Forty percent of the candidates EMILY’s List has helped elect to Congress have been women of color. Since the 2016 election, thousands of women and counting have reached out to us about running for office. To harness this energy, EMILY’s List has launched Run to Win, an unprecedented effort to get more women to run at the local, state, and national levels.