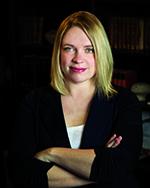 The Democrat spoke about her decision to enter the race during an interview last week at the Los Alamos Daily Post.

“I love Los Alamos … I love this town and without being elected I’ve already been able to get involved,” Allen said. “There are so many opportunities to serve here – whether on a board or at my children’s school.”

She has served on the Juvenile Justice Advisory Board, the DWI Planning Council, Pajarito Environmental Education Center Board, Family Strengths Network Board and the Lodgers’ Tax Advisory Board.

Allen said she is good in the courtroom and good with the law.

“Being reasoned and well thought out I realize my skills and experience would best be served on the court,” Allen said. “As a lawyer I have to follow the rules of professional conduct that require me to preserve the dignity of and respect for the legal profession. I teach at UNM-LA and on the first day I talk about the fact that a country’s Gross National Product can be attributed directly to whether they have a strong judicial code – it can be attributed to a country’s wealth or success.”

Allen graduated from Pepperdine University School of Law in Los Angeles and became an attorney. One of her earliest jobs was as a prosecutor and she later served as a defense attorney. She has handled many cases involving children, and many appeals.

“And, I have small children, so I have a vested interest to ensure we have a safe community,” she said.

Over the years, she has been an adjunct professor in business/criminal law; a teen court coordinator; a contract public defender; a deputy prosecutor; and an intern in the 10th Circuit Court.

“I’ve worked under 20 different judges, so I’ve seen how judicial practices work for my client’s good … I’ve seen good examples and poor examples and that gives me a lot of experience to draw from,” Allen said. “Ultimately, I believe everyone deserves to be treated fairly and respectfully when appearing in court.”

Allen is married to Matthew Allen, the grounds supervisor at the Los Alamos County Golf Course. The couple has three children.

Allen is running against Republican incumbent Alan Kirk. If elected, records indicate she will be the first attorney to hold this office.

Allen invites the community to a Meet & Greet 5-7 p.m., Sept. 21 at the Pueblo Canyon Inn at 199 San Ildefonso Road , which she and her husband own.

“Bring your family and meet mine,” Allen said.