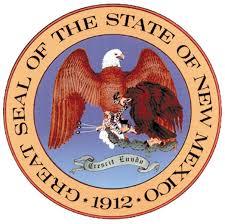 “This is the single largest state investment in broadband access for public schools. Building our education technology infrastructure provides our kids the platform to succeed,” Candelaria said. “SB 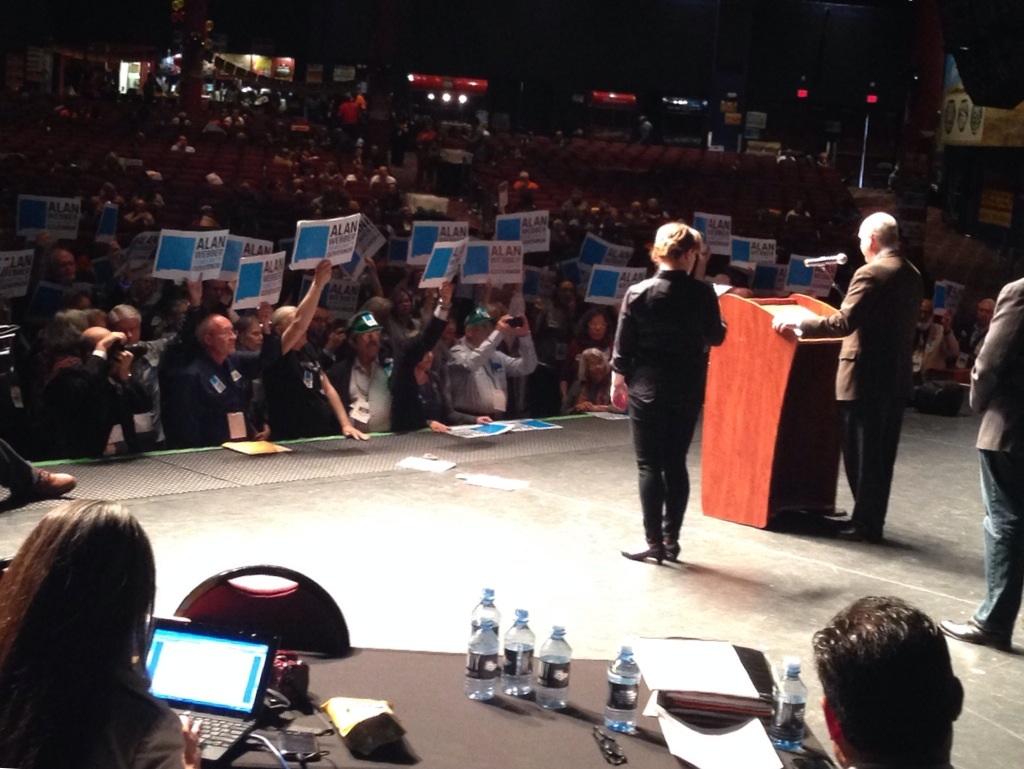 More than 1,800 Democrats from across New Mexico came together for Saturday’s Pre-Primary Convention at the Route 66 Casino Hotel on Laguna Pueblo to introduce and nominate their 2014 Democratic statewide candidates. 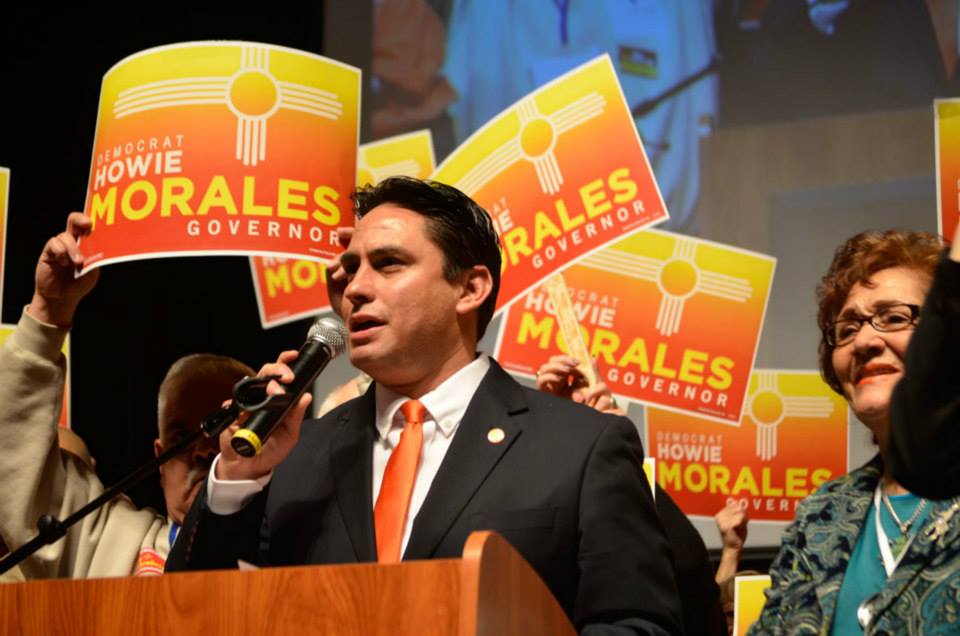 Sen. Howie Morales led in the race for governor with 29 percent of the vote, followed by Allan Webber at 21 percent, 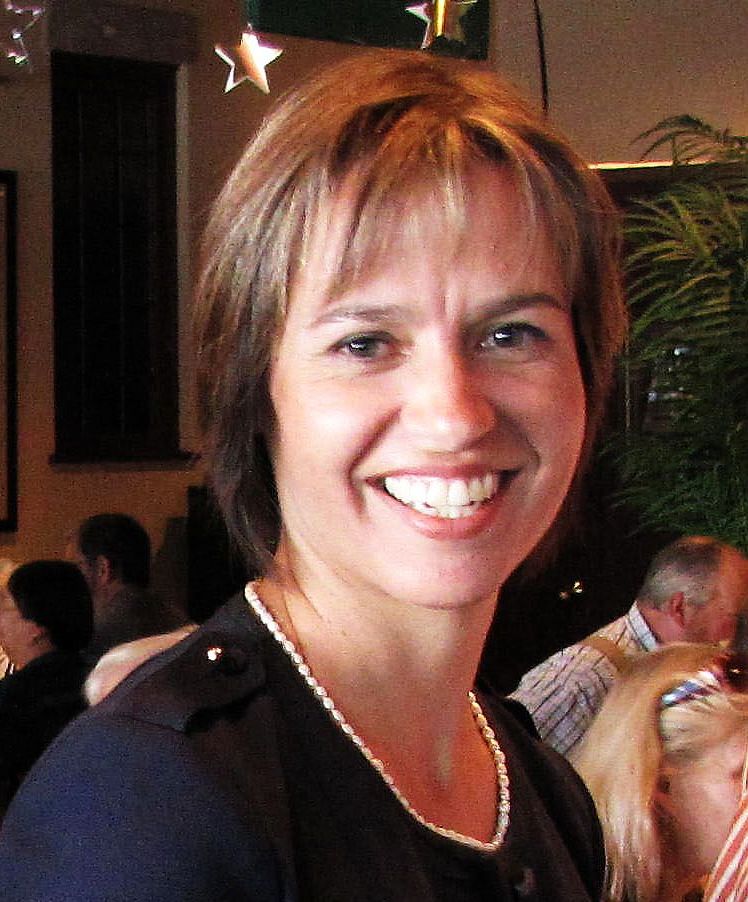 As Benjamin Franklin once said, “You may delay, but time will not.” These words ring true as I reflect on the 30-day legislative session and what we were able to accomplish as individuals and a body. While a 30-day session has its challenges, time mainly being the biggest hindrance, I am proud to report I was able to secure passage of three pieces of legislation and aide in the passage of key education reform legislation to shore up our lottery scholarship solvency crisis and increase funding to our

Governor Acts on 11 Pieces of Legislation

This legislation passed both the New Mexico Senate and House of Representatives with strong bipartisan support. 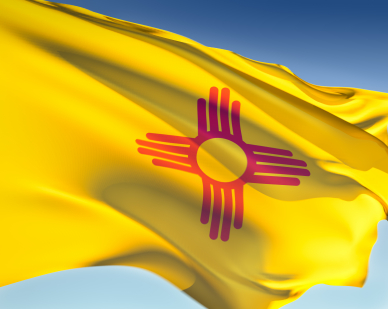 ALBUQUERQUE – Gov. Susana Martinez has signed legislation to allow school nurses to administer medication for asthma attacks and allergic reactions even if students do not have a prescription, a measure that could save lives.

“When a student suffers from an allergic reaction or an asthma attack, every second counts. The longer it takes to provide treatment, the greater the risk,” Martinez said. “By signing today’s bill, a school nurse will now be able to administer the medicine a student needs. This law can and will save lives.”

“Community health workers are an important piece of our health care workforce, particularly in rural and underserved areas of New Mexico,” Martinez said. “By establishing uniform professional standards, more New Mexicans who seek to further their careers as health care professionals will be able to serve our families and communities while continuing to deliver the high-quality care New Mexicans need and deserve.”

The Los Alamos Federated Republican Women will hold its monthly meeting at noon, March 13 at the Ridgepark Clubhouse, 505 Oppenheimer Dr.

Heather McClenahan will inform the group about the Los Alamos History Class she offers as well as update them on the Manhatten Project National Park.

All registered Republican women are invited to attend. Members are reminded to bring non-perishable food items for LA Cares and toiletries for the Women’s Shelter in Espanola.

The legislation adjusts and equalizes tax rates among different fuel types, eliminates outdated obstacles to alternative fuel use and streamlines administrative processes. HB 30 has the endorsement of the Legislative Transportation Infrastructure Revenue Subcommittee.

“I’m very pleased that this legislation was signed by the Governor,” Keller said. “These changes will clear the path for

SANTA FE – Ben Ray Luján earned overwhelming support at Saturday’s Democratic Pre-Primary Convention in his bid for re-election to New Mexico’s Third Congressional District. Lujan earned a spot on the Democratic primary ticket by winning 98 percent of the delegate vote. He captured 566 of the 575 delegate votes cast. This marks the second consecutive pre-primary convention in which Luján has secured over 90 percent of the vote.

“I have been honored to serve the people of New Mexico and the only Congressional District I have called home. This

House Bill 51, Right to Farm Nuisance Changes, protects New Mexico farmers and ranchers from encroaching urban sprawl and unfair nuisance lawsuits by stipulating that agricultural operations that have been in existence at least one year shall not be considered a nuisance, unless operated negligently or illegally. 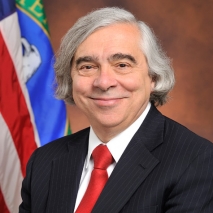 The lawmakers together reiterated the message that it is critical for the DOE to be as open and responsive to the Carlsbad community, where residents understandably are concerned about health and safety in the wake of the accident. Additionally, they pressed 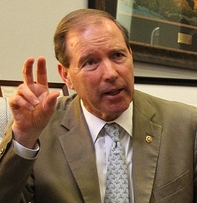 WASHINGTON, D.C. – U.S. Senators Tom Udall and Martin Heinrich applaud the news that President Obama incorporated into his Fiscal Year 2015 budget proposal a plan based on a bill they cosponsored to reform federal wildfire policy.

The change, which still must be approved by Congress, would fund major wildfires the same as other natural disasters and free up funding to prevent future fires.

“Wildfires are as devastating in New Mexico and the rest of the West as hurricanes are on the East and Gulf coasts, and our 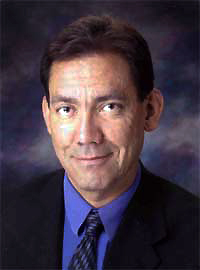 WASHINGTON – U.S. Sen. Tom Udall welcomed news that Estevan R. López has been nominated to serve as Commissioner of the Bureau of Reclamation. López, a native New Mexican and a graduate of New Mexico Tech, is being nominated replace outgoing Commissioner and Las Cruces native Michael Connor. Connor was recently confirmed as Deputy Secretary of the Department of the Interior.

“Estevan López is highly qualified to lead the Bureau of Reclamation. With his experience in public service and the private sector, he brings a wealth of knowledge

Heinrich: Senate Intelligence Committee Oversees The CIA, Not The Other Way Around

“The Senate Intelligence Committee oversees the CIA, not the other way around. Since I joined the Committee, the CIA has refused to engage in good faith on the Committee’s study of the CIA’s detention and interrogation program. Instead, the CIA has consistently tried to cast doubt on the accuracy and quality of 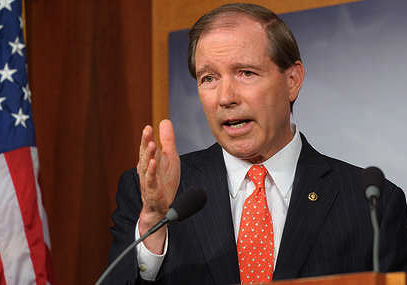 “The president’s budget is a statement of the administration’s priorities for the year to come, and overall, it contains good news for New Mexicans. It continues to roll back the devastating sequestration cuts that risked jobs and threatened our state’s economy. Fiscally responsible investments in innovation and manufacturing, improving

Letter to the Editor: Comment on Recent News Reports

By JIM HALL
President of LAPS Board

It is important to emphasize two important points in light of recent news reports. First, the LAPS Board does not vote nor does it take any action in executive session. All votes are in open session and on items on the agenda. There has not been any vote on Dr. Schmidt’s contract. Any reports of individual Board member support or opposition on ANY LAPS subject

School Board Divided 3-2 To Retain Superintendent

The School Board convened its fourth and final closed door session Thursday, Feb. 27 in the Chamisa Elementary conference room to discuss the evaluation of Schmidt. Monday, Schmidt announced his intent to resign effective June 30.

Letter to the Editor: Elections For All But Los Alamos

Elections For All But Los Alamos

Ahhh!  Hints of spring are in the air. The Sandhill Cranes are flying north, the days are longer, and communities all over New Mexico are alive and vibrant with talk and debate surrounding the issues and candidates to be voted on in the municipal elections.

In New Mexico, most municipal elections are held on the first Tuesday in March (March 4 this year) including surrounding towns of Santa Fe, Espanola, Jemez Springs and Taos: and in all the farthest reaches

Roswell—Gov. Susana Martinez has signed into law legislation that will eliminate the sales tax on the purchase of aircraft over 10,000 pounds, a move that can spur growth in New Mexico’s aviation industry and create up to 125 good-paying jobs in Roswell alone.

Because New Mexico currently taxes the sale of an aircraft, pilots simply fly to places like Texas — where buyers are not penalized — to complete the sale, saving up to hundreds of thousands of dollars.

Save the date … The Los Alamos Federated Republican Women will celebrate its 60th anniversary with a luncheon noon–1:30 p.m. Thursday, May 1 at Fuller Lodge.

Lt. Gov. John Sanchez will be the guest speaker.  Everyone is invited to join in the celebration.