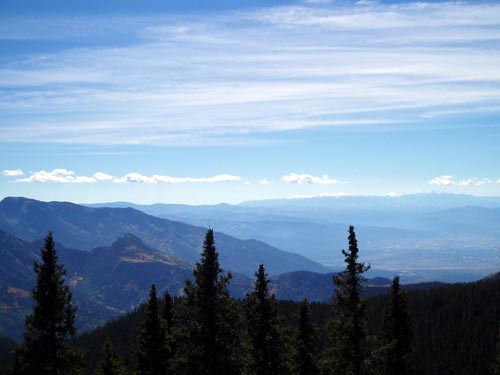 WASHINGTON, D.C. – Wednesday, during a Senate Committee on Energy and Natural Resources hearing, U.S. Senators Tom Udall, D-N.M., and Martin Heinrich, D-N.M., who serves on the committee, continued their effort to designate the 45,000-acre Columbine-Hondo area in Taos County as wilderness.

Udall and Heinrich introduced the proposal, S. 776, the Columbine-Hondo Wilderness Act, earlier this year. A companion bill, H.R. 1683, was introduced in the House by Representative Ben Ray Luján (D-N.M.-03).

The legislation would expand the Wheeler Peak Wilderness by approximately 650 acres. The proposal would also modify a boundary that creates a loop trail accessible by mountain bikes along the Lost Lake trail from Taos Ski Valley to the East Fork trail to Red River.

“This bill is the result of years of work by many people on how best to protect the Columbine Hondo’s economic, recreational and scenic values,” Udall said. “Taos County residents, ranchers, governments and businesses resoundingly agree that this area deserves permanent wilderness status. By designating the Columbine Hondo as wilderness, we will open up new tourism and recreation opportunities and protect vital tributaries to the Río Grande, while providing for continued traditional land uses, such as hunting and grazing.”

“The Columbine-Hondo is one of the most treasured places in New Mexico,” Heinrich said. “Columbine-Hondo is a central attraction for visitors to Taos County, where outdoor recreation and tourism drive the local economy. People come to these mountains to hike, camp, hunt, fish, and spend time with their families, and invariably they leave Taos County with their wallets a little lighter. Permanent protection through this legislation will ensure that future generations have the same opportunities in the Columbine-Hondo that we have today. This legislation is a true community effort, and I want to thank all the members of the Taos community who have worked so hard for decades to make this wilderness area a reality.”

“The Columbine-Hondo Wilderness Act is the culmination of years of hard work and compromise between various stakeholders in Northern New Mexico, including the conservation community, the recreation community, local ranchers, local governments, small businesses and the Pueblo of Taos,” Luján said. “This piece of legislation will help bring certainty to land managers as well as new economic opportunities for those who utilize the Carson National Forest for their livelihoods and recreation.”

Located in the Carson National Forest, the Columbine-Hondo has been managed as a “Wilderness Study Area” since 1980.

The Columbine-Hondo includes lush forests and alpine meadows populated by a variety of Rocky Mountain wildlife, including elk, mule deer, mountain lions, black bears, and bighorn sheep. The area’s watershed serves as the headwaters for the Rio Hondo and Red River, which flow into the Rio Grande and to downstream agricultural communities.