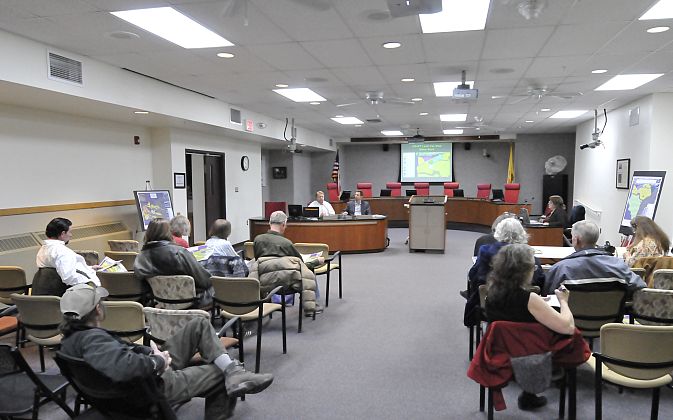 New draft land use maps have been created by the Community Economic Development Department of Los Alamos County and were presented to the public Wednesday Feb. 13.

Public input is the first step toward adoption, which is why the public was invited Wednesday to Council Chambers to view and make comments on the new maps. A similar meeting was held in White Rock Monday, Feb. 11.

The audience appeared to be impressed by the mapping effort although there were many questions about specific items that were included or not included on the maps.

One question involved trail access. Leikness indicated that the Los Alamos trail system was too large and complex to be included in the land use maps.

Audience members asked that trail access points be indicated in order to protect them from being used for other purposes in the future. Leikness asked members of the public to help identify these access points, and he indicated they would be marked on the map in an updated version.

Leikness described a new land use code “NC/MU” that is a “mixed use” code that could include multiple types of uses that would be particularly useful to a developer wishing to include residential/retail and industrial uses on a single property.

Leikness said that the community participated in an extensive land use map review in 2004, but he also indicated that he could not find any actual maps that were generated during that period of time.

Leikness said he was forced to use maps that were created at a much earlier time period. He used these pre-2004 maps as a base to start the new maps that he has generated.

Several audience members indicated that a lot of “downtown” visioning and community design work was done in 2004, but they were concerned that those efforts seemed to have gone nowhere or were disregarded.

Audience members asked that the Canyon School land use be changed from Commercial to Educational on the new map in order to protect the residential aspect of the surrounding neighborhood and to protect the park that is part of that particular plot of land.  Leikness indicated that he would do so.

One audience member said, “It’s great to see these official maps get started.”

Another question regarded the land use codes assigned to several churches. The questioner noted that churches were not consistently given one particular land use code.

Leikness indicated that the land use of churches depended on the surrounding land use of the particular neighborhood where the church is located.

Several members of the audience felt that one meeting for the public to have input on the new maps was not sufficient and felt that the maps should be reproduced in local news outlets and that more public meetings should be held following the initial publication of the maps.

One audience member suggested that the League of Women Voters might be contacted in order to lead a meeting of the public to review the new maps.

To conclude the meeting, Leikness requested that the public view the maps and zoom in on their own neighborhoods closely to determine if the maps properly reflect the neighborhood’s land use.

Leikness indicated that the maps are “complex” and by having individuals look at their own neighborhoods, it might be easier for the public to understand the maps and to find any errors or changes that should be made before the maps are officially adopted.

To view the maps legend of land use colors and descriptions, click HERE. 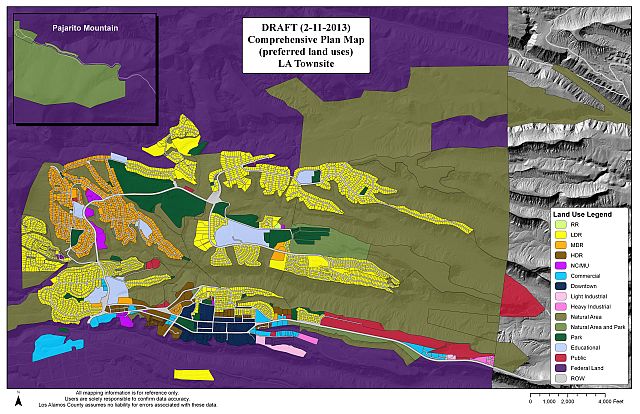 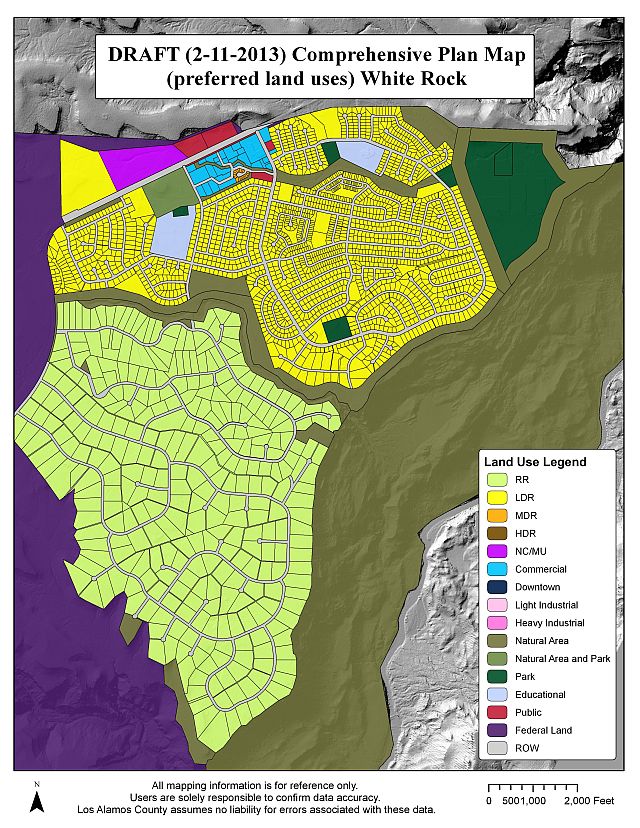