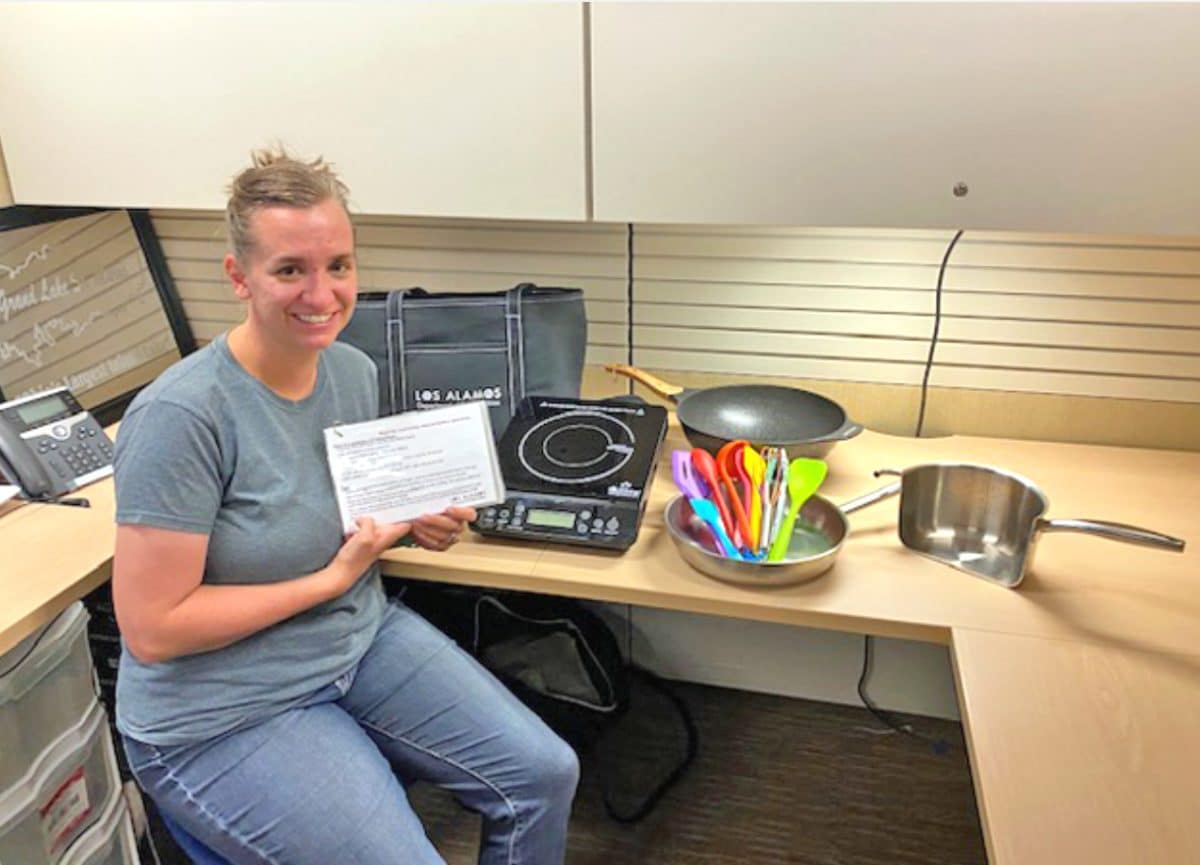 The saying – a watched pot never boils – may have been disproven. Plug in a portable induction cooktop provided by the Department of Public Utilities (DPU) and see water boil almost instantly.

Starting this month, DPU kicked off a new program, which loans portable induction cooktops to interested customers. The program offers six cooktops to DPU customers. The cooktops come as part of a kit, which includes either a magnetic saucepan, fry pan or wok, a set of silicone utensils and a user manual. The kits come free of charge and are loaned out for two weeks.

To sign up for a kit, go to https://ladpu.com/cooktop-signup

When the cooktops are returned, customers are invited to take part in an optional survey to gauge whether they enjoyed the cooktops, if they are interested in purchasing their own induction range and if they encountered any issues with the cooktop.

Three sets are scheduled at a time and the cooktops should be returned cleaned. Nonabrasive cleaners need to be used and no metal scrubbers.

DPU Water and Energy Conservation Coordinator Abbey Hayward initiated this project. She explained the program originated from goals the Board of Public Utilities set for the department. The first goal is to reduce natural gas usage and the second goal is to promote electric efficiency through conservation programs. Hayward said the objective is to reduce natural gas usage by a certain percentage by 2030 and support total elimination by 2070.

The induction stove is a great way to help achieve these goals, she said. The portable cooktop is plugged in, but it is heated by magnets. Hayward said it is important to use a magnetic pot or pan on the stove; otherwise, it will not heat. To prove this, County Facilities staff sawed a pot in half and at various events including Farmer’s Markets, have demonstrated toasting bread. The bread in the pot will turn golden while the other half lying on the stovetop will do nothing.

The portable cooktops are easy to use, too. Hayward said the models being loaned to DPU customers have a power button and temperature controls. It is recommended to use the low setting because the stovetop heats quickly. That is unless people prefer their food crispy, she said.

“The technology is so much more efficient,” Hayward said, adding that “switching to induction would reduce natural gas consumption. Besides being more efficient, it also saves you money over time.”

Hayward said DPU is not trying to force people to buy new appliances but rather educate people and help them explore the possibility that switching to induction cooktops from gas and electric might make sense for them.

This is just one part of the program, she added. DPU has plans to install a full induction range at the White Rock Municipal Complex. The induction stove would be used for demonstrations to show off what it can do.

“It is basically to showcase induction benefits, let customers have hands-on experiences with induction appliances before committing to them and offer programming that supports our goals while giving our customers a memorable, worthwhile experience in the process,” Hayward said.

The public’s response to the induction cooktops has been positive. The program is only a couple of weeks old, but the loaner kits are booked through September, Hayward said. Additionally, while introducing residents to this technology at various events, “the bulk of the response has been very positive,” she said. Hayward said she feels this program will be effective because the best way to prove the benefits of the induction stove is to have people experience it for themselves.

“I am a big hands-on person,” she said. “You can talk to a person all day long about this technology and it is not going to convince them. Having them experience it firsthand will.”