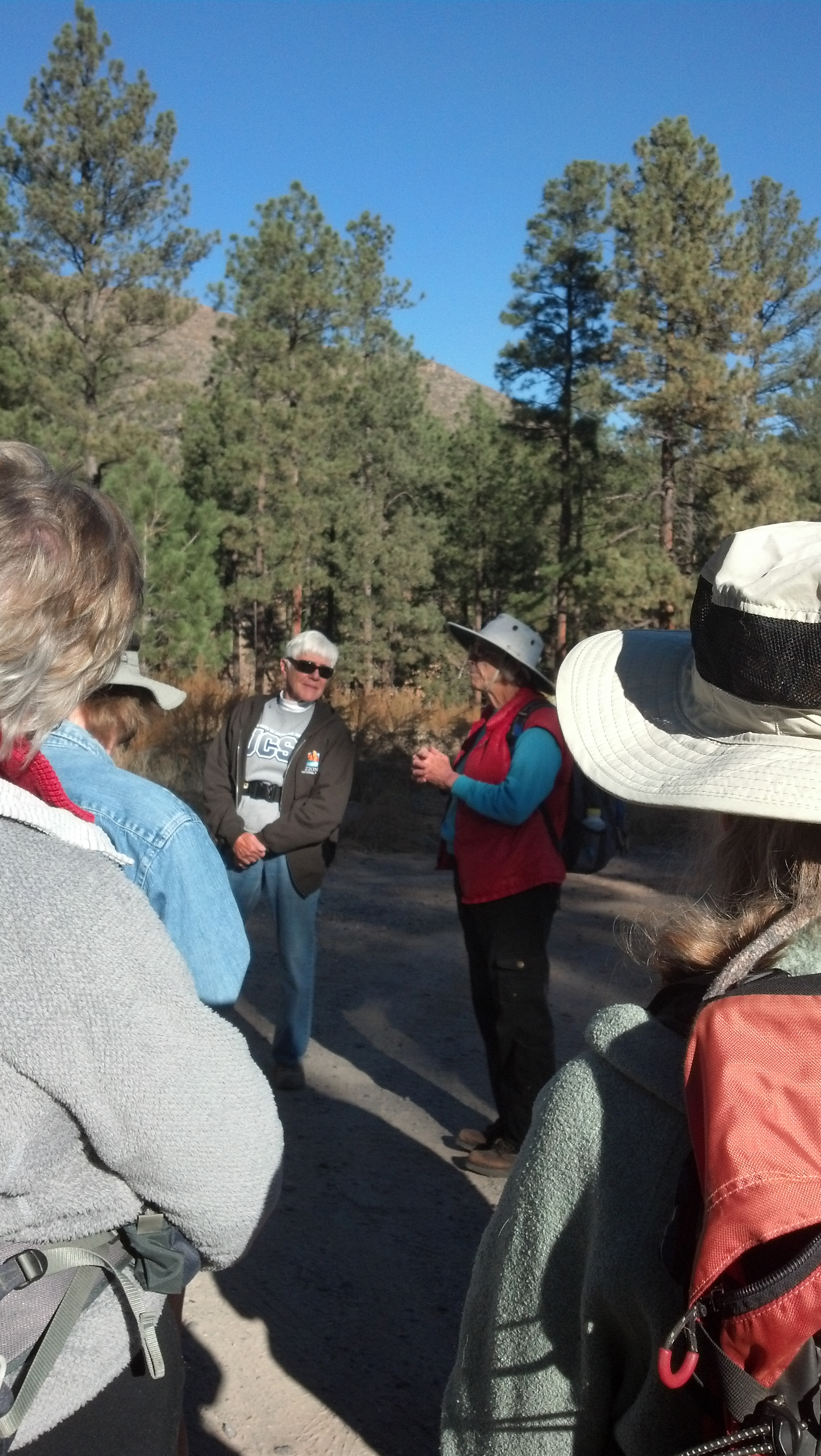 Historian Dorothy Hoard, red vest, speaks to 35 people and two dogs who gathered at Guaje Cemetery before leading them on a hike into Rendija Canyon and the Beanfield Mesa Oct. 27. Woodpeckers and red-tailed hawks kept the hikers company on a day filled with gorious weather and lots of interesting history. Hiker Joyce Nickols, wearing sunglasses, stands next to Hoard. Photo by Felicia Orth 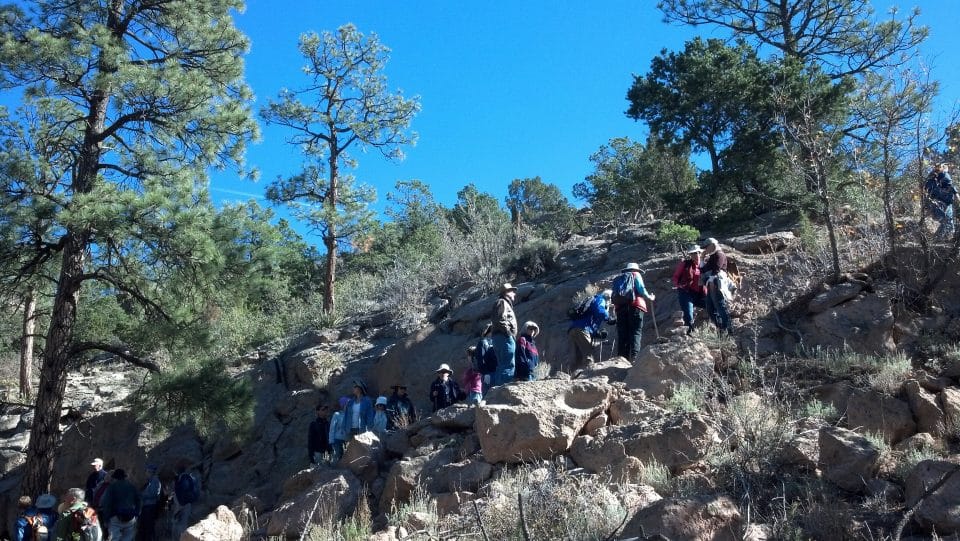 Ascending the Cabra Trail up to Beanfield Mesa with her 35 hikers, Living Treasure, author and local historian Dorothy Hoard led participants around the mesa top, past historic locations and to spectacular viewpoints. She explained that prior to 1943, two old roads were built to access a farm high atop Beanfield Mesa. Located across Rendija Canyon north of Barranca Mesa, the mesa featured a substantial line cabin (unfortunately lost in the 2000 Cerro Grande Fire.) Those farmers tended crops on Beanflield Mesa, but the history of the mesa also includes sheep, cattle and logging. During the hike, Hoard spoke about this historic location and the importance of Veronica Springs, a welcome sight in dry times that probably fed a sawmill at one point. This hike looped around the mesa to include both roads and hikers also checked out two game pits, one probably real, the other suspicious. Photo by Felicia Orth 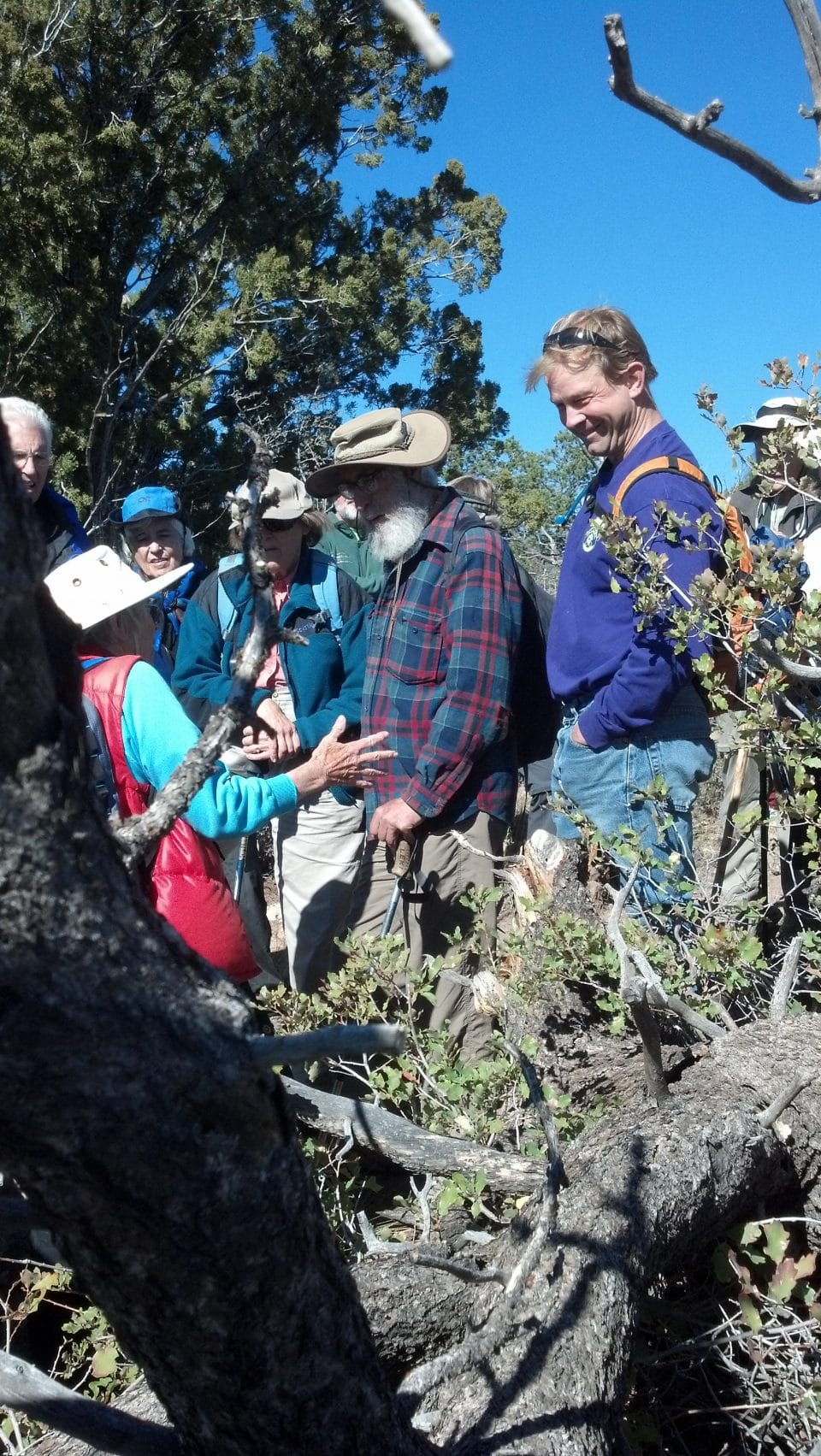 Dorothy Hoard explains the raptor pit–a pit that a man got into with a tethered rabbit and was then covered with brush and observed by another man. when a raptor flew down to get the rabbit, the man in the pit reached up and grabbed the raptor–its feathers were prized. Apparently it was considered an honor to be the man in the pit. Photo by Felicia Orth 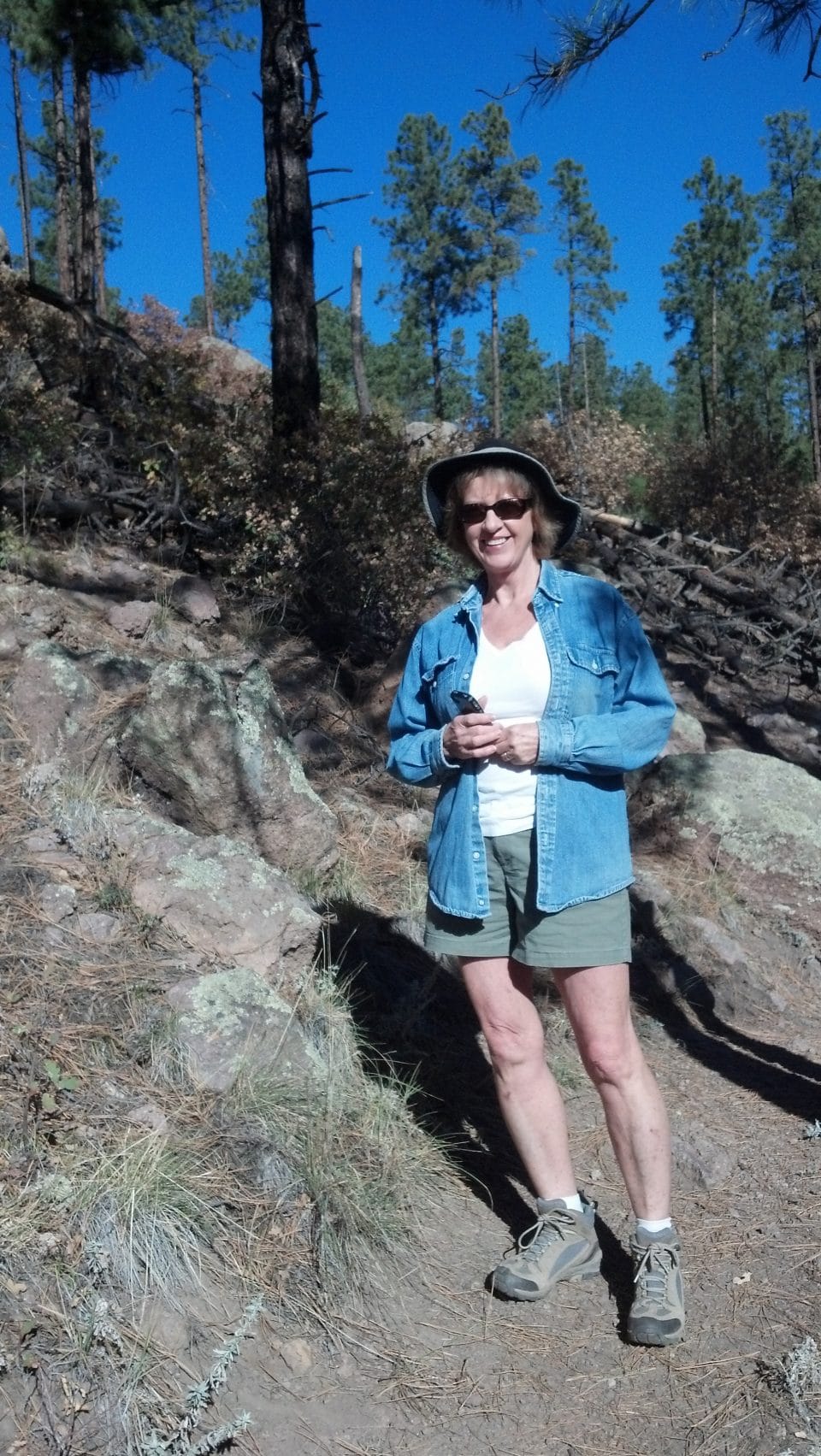 Maggie Charsley on the hike to Beanfield Mesa. Photo by Felicia Orth 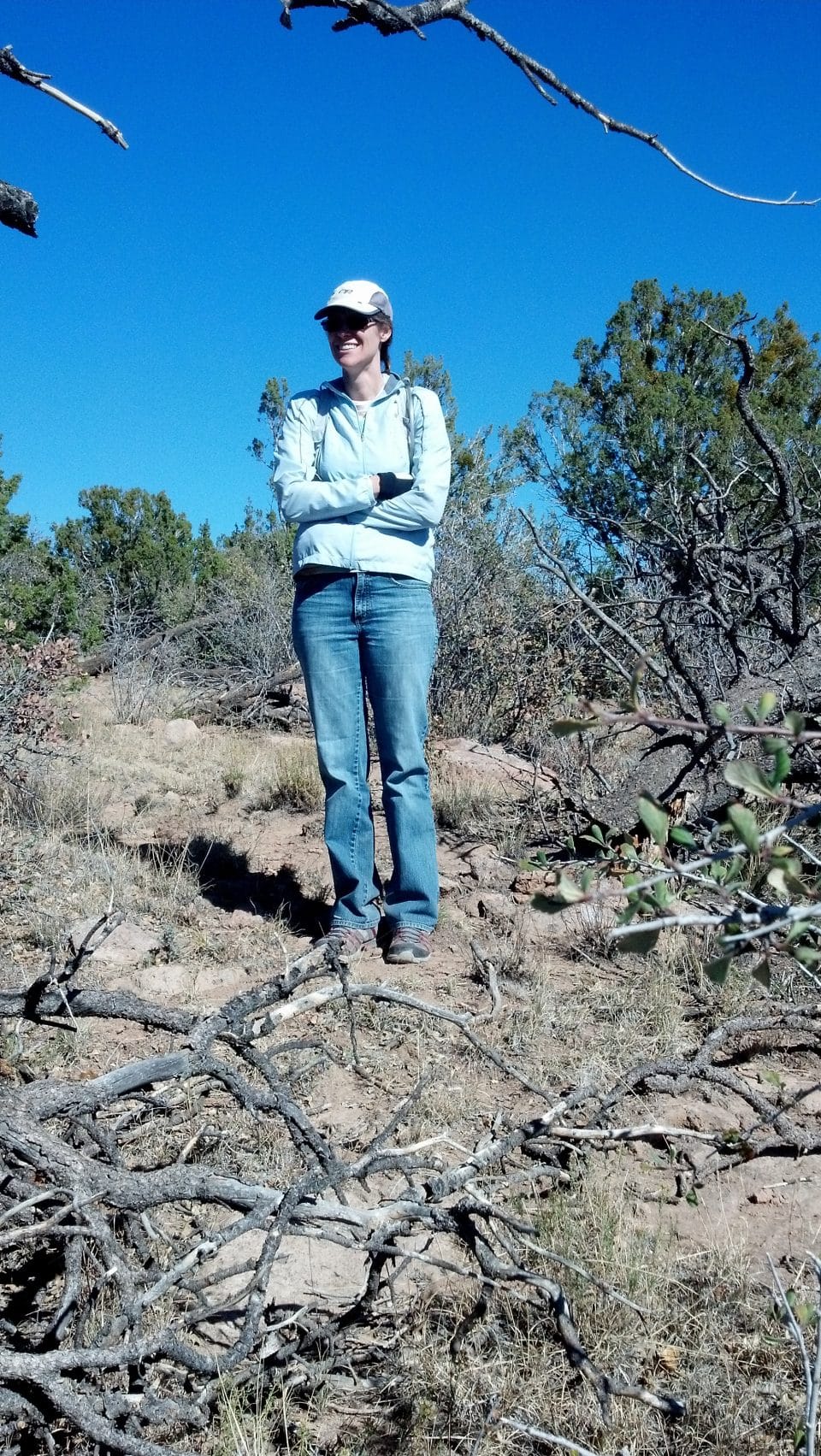 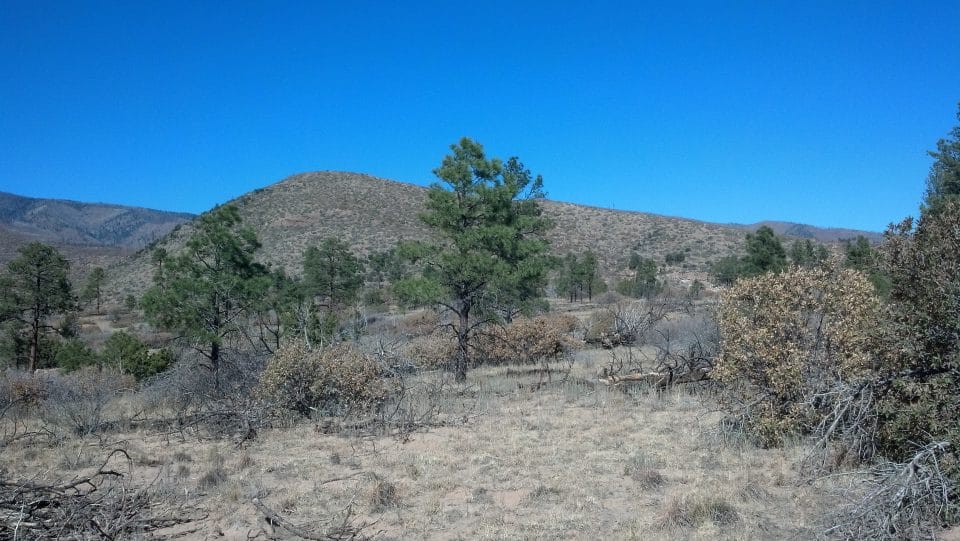 Approaching the area used as Beanfield. Photo by Felicia Orth 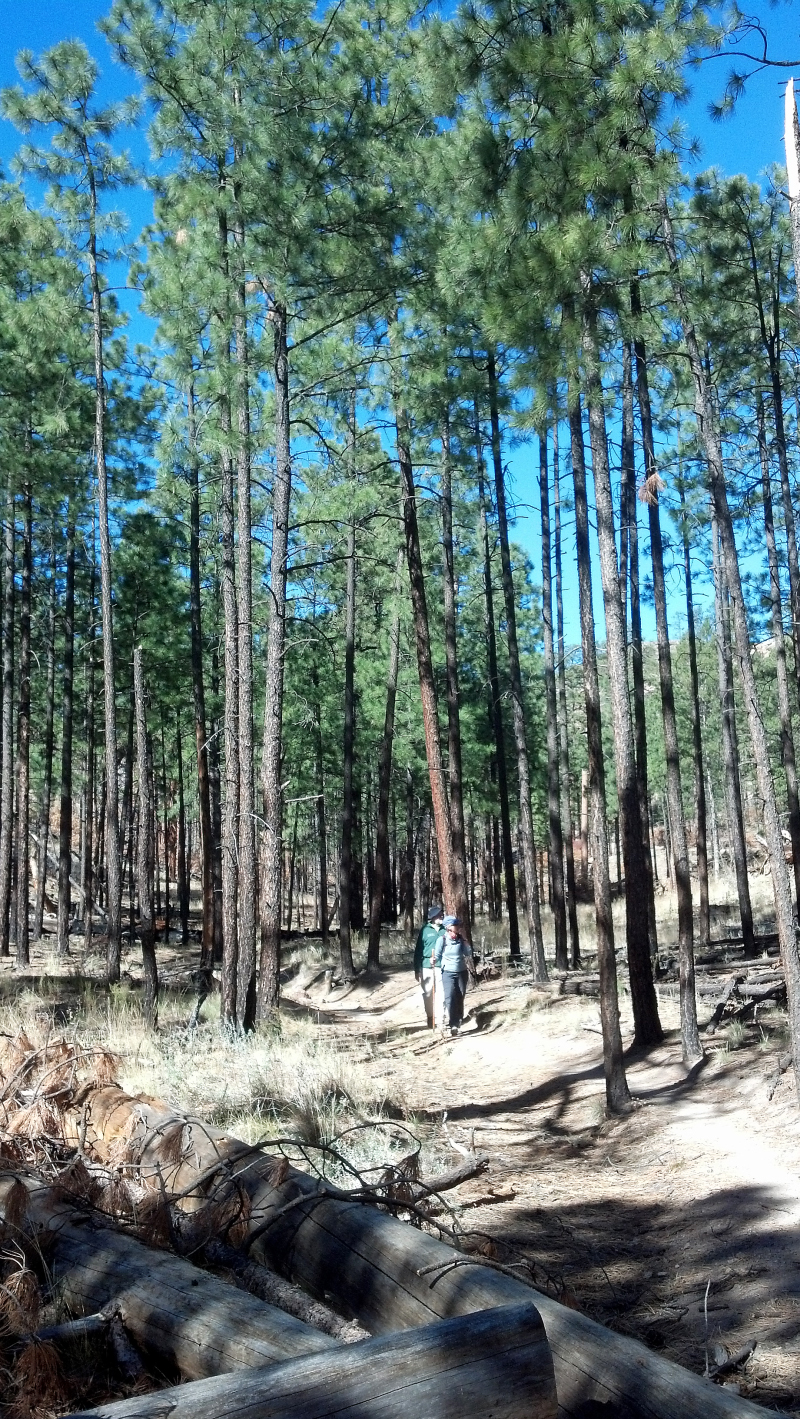 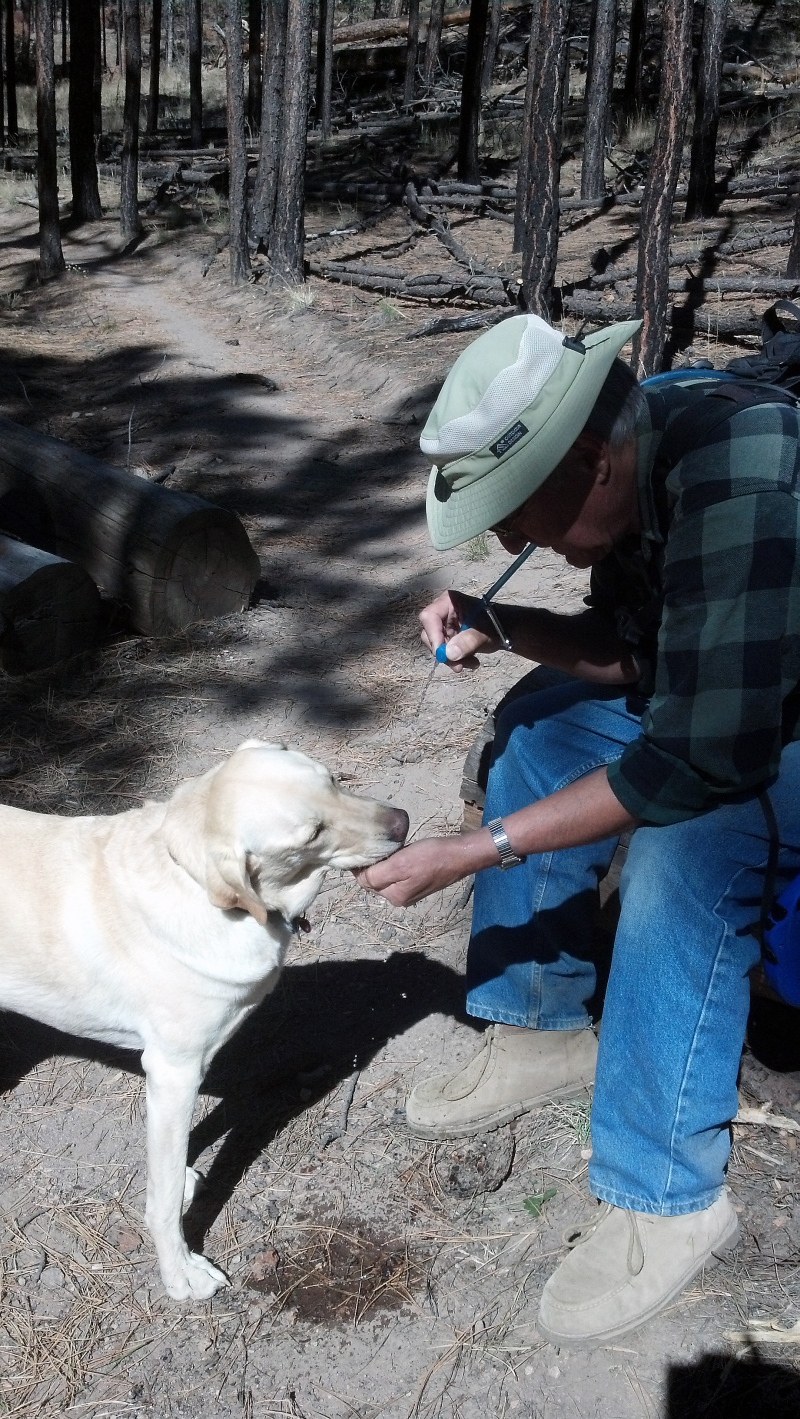 Cassie gets a drink on the way back from the hike. Photo by Felicia Orth 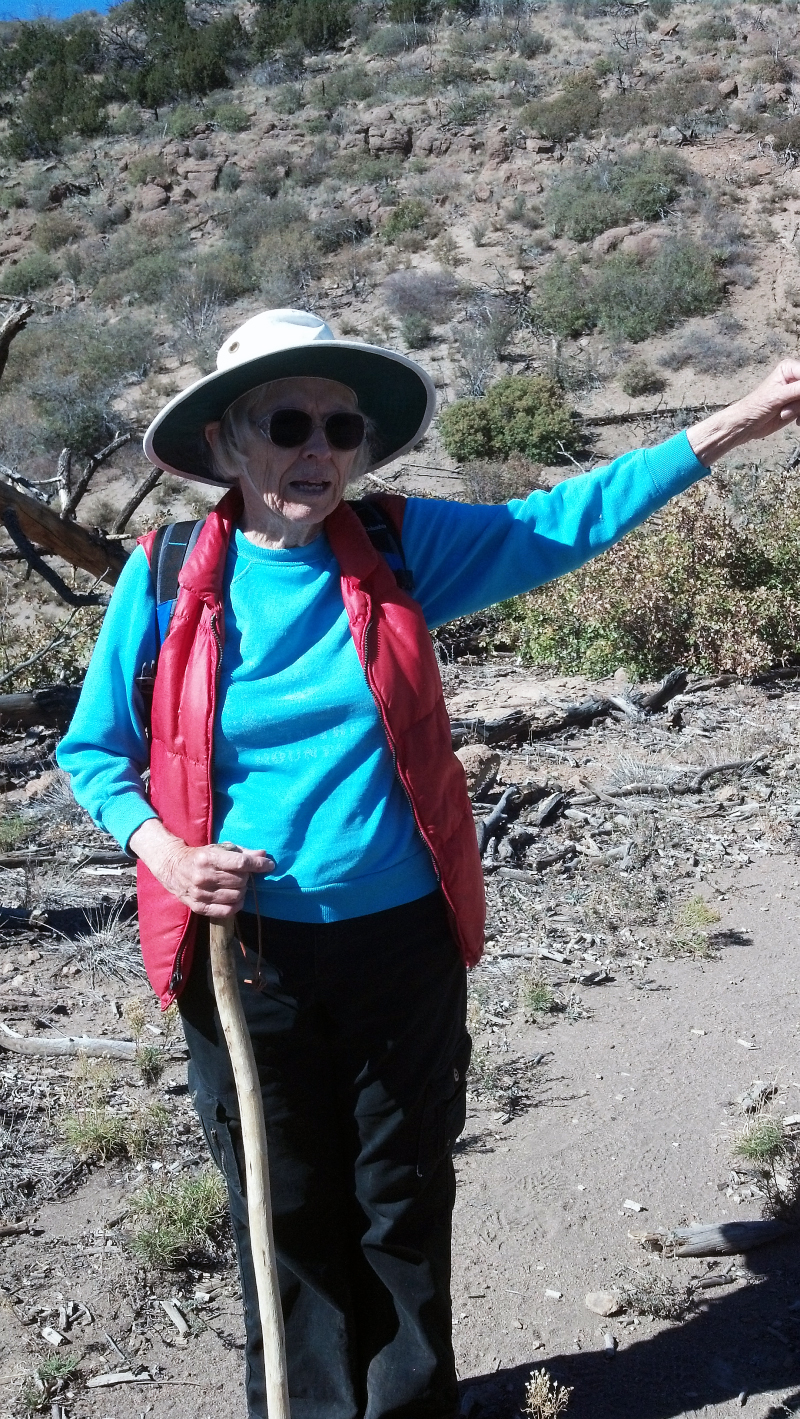 Dorothy Hoard shares history details with participants who accompanied her on a nature work across historic Beanfield Mesa Oct. 27. Photo by Felicia Orth 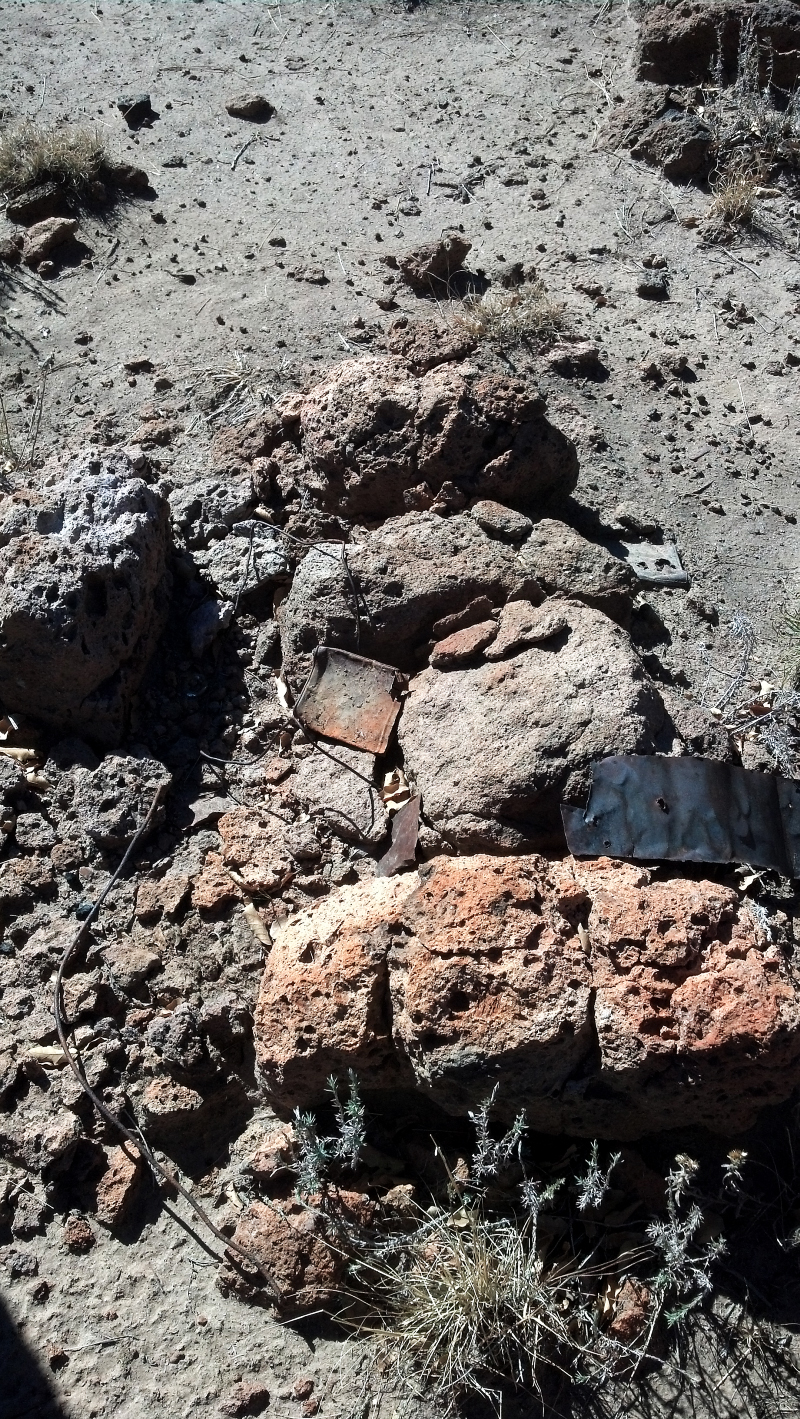