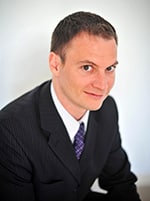 We have a coming election for House here in District 43.

I was interested in seeing what the distribution of donors was, to see what money was trying to influence our race, and what the breakdown is between the Democratic (Dem.) candidate Christine Chandler and the Republican (Rep.) candidate Lisa Shin.

The Secretary of State data set shows 74 percent of Rep. money is coming from out of district, and 44 percent of Dem., – a lot of outside money is trying to influence our district.

Within the list of donors, the Secretary of State data allows the distribution to be viewed by source, and by size, allowing the identification of the overall donors and the those who donated the most (top 38).

The data set does not allow us to know what the individual donors had in mind, but the institutional donors had to identify themselves, and this gives us a story of the money in the race.

We have a lot of outside money in our district, from both pay day lenders and oil and gas going to Republicans, and from Unions going to the Democrats.

No matter what our beliefs, we all should know who is trying to influence us, and keep this in mind as we form our opinions. 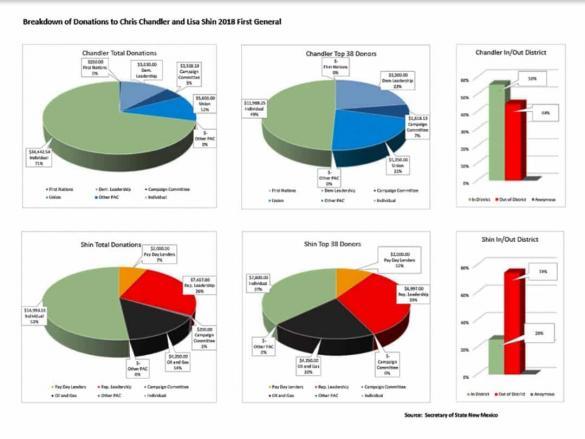 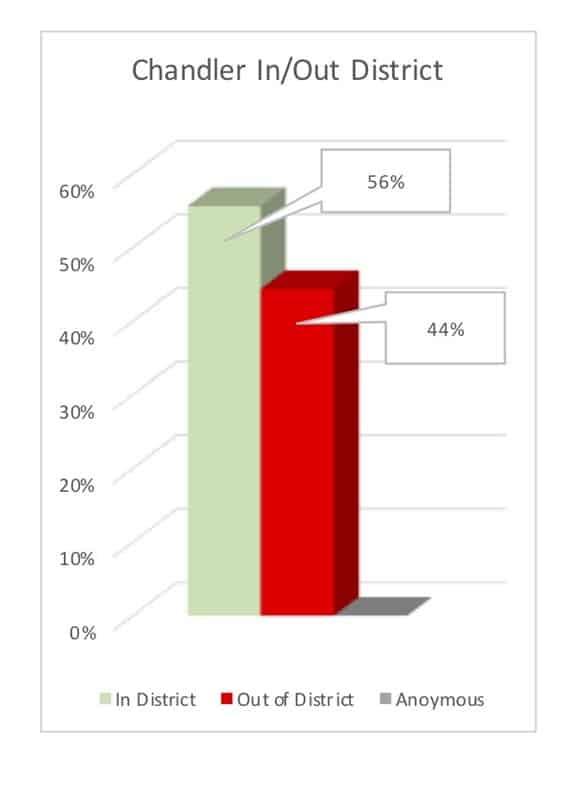 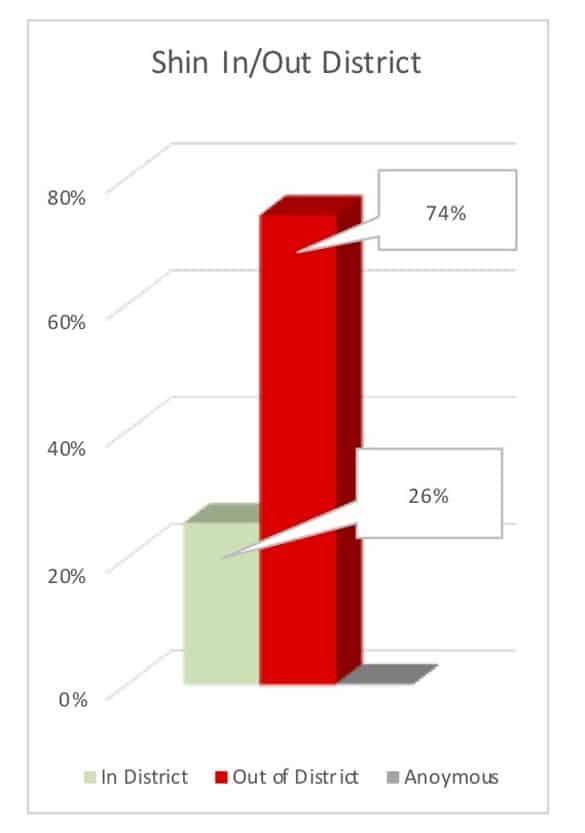 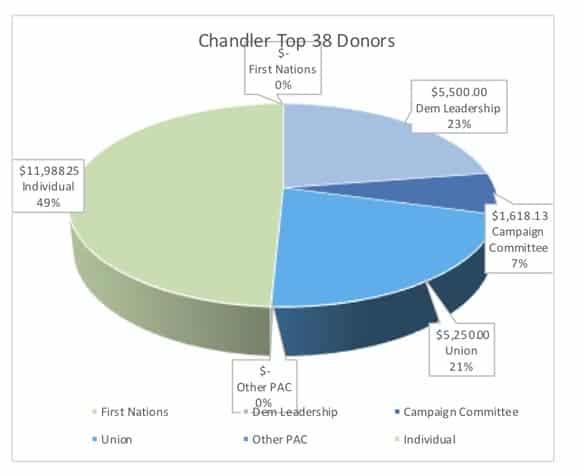 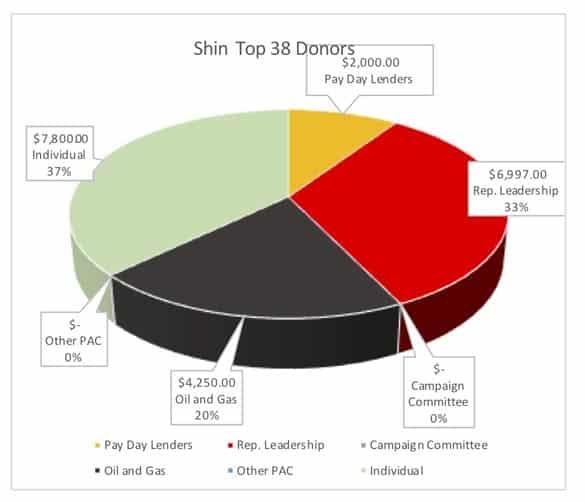 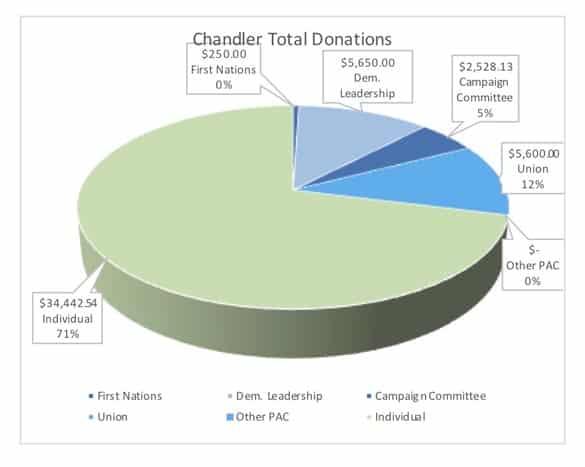 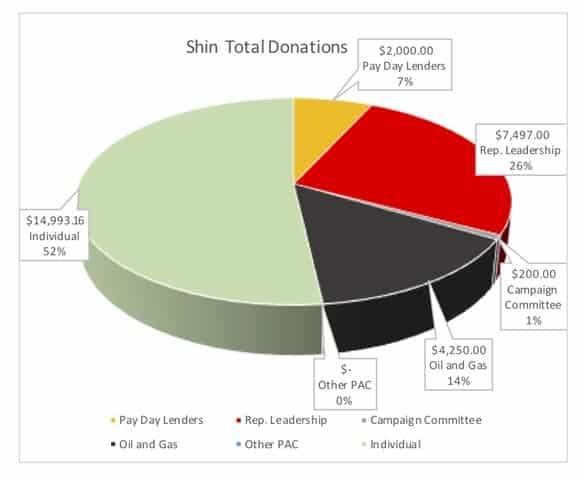