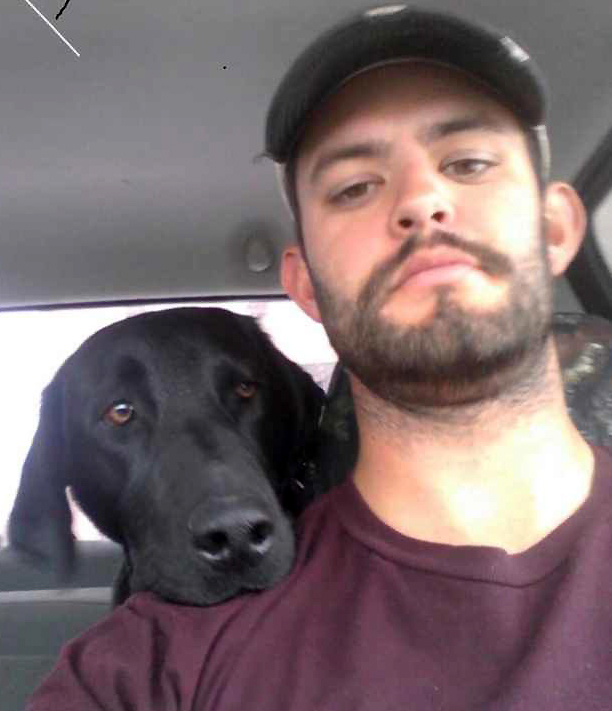 In the middle of the night of Sept. 27, Shawn Perraglio was woken up by his dog Bruce because his house was on fire.

Apparently the fire was really out of hand already; Shawn had to crawl out of the house on his hands and knees.

Once Shawn was out of the house, he realized that Bruce did not follow him. Shawn attempted to go back in the house to rescue his dog.

Shawn had to break a window to get back into the house; he has suffered lacerations to his tendons and artery in his hand and arm.

Shawn’s efforts were brave, but his dog Bruce did not make it.

Shawn was taken to the Trauma ICU at UNMH; there he received treatment for second degree burns on his arms and legs, and has had some reparative surgery for his hand and arm.

Shawn’s home was near Ojo Caliente, we have been told it is a complete loss. He didn’t have insurance on it. He is single, and thankfully has some family nearby in Abiquiu, and some relatives in Los Alamos. He will be living with them through his recovery.

Shawn is a welder with our company, which with his injuries will make it difficult for him to return to any kind of work.

Last we spoke to his family he is looking at six months of recovery and therapy time.

Shawn loved his dog, and had been repairing and upgrading his home, using up his savings.

He no longer has any vacation or sick time here at work, what he had has been used up since this tragedy.

We are trying to do what we can to help him and his family. It is remarkable his dog lost his life saving Shawn.

We have opened an account at LANB, the “Shawn Perraglio Relief Fund” with the hope that we could raise money to help him pay for his medical services, therapy needs, and living expenses whatever they be.