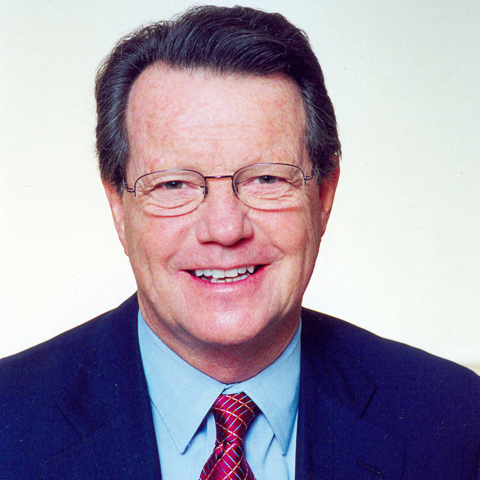 When the Department of Energy (DOE) and the Federal Energy Regulatory Commission (FERC) were established Oct. 1, 1977, Schlesinger and Curtis were appointed by President Carter as the first DOE Secretary and FERC Chairman, respectively. Later, Curtis served as Under Secretary, Deputy Secretary and Acting Secretary of Energy during the Clinton Administration. He was a founding partner of the law firm Van Ness, Curtis, Feldman and Sutcliffe and was instrumental in the launch of important non-governmental organizations as Vice President and Chief Operating Officer of the United Nations Foundation and as President and Chief Operating Officer of the Nuclear Threat Initiative (NTI).

The ceremony honoring Curtis is Friday at the U.S. Department of Energy in Washington, D.C. and will include a panel on “Energy Security Challenges and Opportunities” featuring Michael Levi, Melanie Kenderdine and Richard Newell. That panel will be moderated by last year’s Schlesinger recipient, Phil Sharp.

Two important elements of energy security in the 21st century are transparent well-functioning energy markets and secure nuclear materials and facilities. Curtis has contributed very substantially in both dimensions through his seminal work at FERC, DOE and NTI. He has earned universal respect and admiration for his substantive contributions, dedication to public service and commitment to advancing the next generation of leaders in these efforts.

“Charlie Curtis has been at the center of energy policy discussions and nuclear risk reduction for four decades,” Secretary Moniz said.  “He helped shape key transitions, from his work on electricity markets during the early years of FERC, to his key role in establishing lab-to-lab cooperation in the years after the Soviet Union collapse, and more recently in his founding role at the Nuclear Threat Initiative.  Our nation is stronger and safer today thanks to Charlie’s skill, dedication and integrity.”

The Schlesinger Medal for Energy Security was inspired by the late James R. Schlesinger, the first Secretary of Energy, whose career and works embody a focus on the interplay of economic, security and energy issues – in academia, in public service, and industry. First given in 2014, the medal honors one individual each year for their distinguished contributions to advancing our understanding of the threats, opportunities and energy policy choices impacting the domestic and international energy security interests of the United States through analysis, policy or practice.