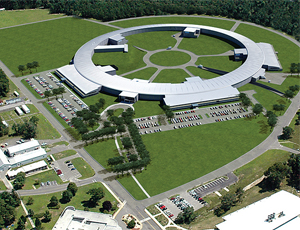 The award was the result of a DOE competition for the management and operations (M&O) contract for the laboratory, which has been operated by BSA for the Department since 1998. A major, multi-program laboratory and an internationally recognized center for scientific research, Brookhaven is one of 17 in a system of National Laboratories operated by DOE and focused on some of the country’s most important science and technology priorities.

“The National Labs are a key foundation of scientific research in the U.S. and are critical to advancing basic science, low-carbon energy, environmental protection and nuclear security,” Energy Secretary Ernest Moniz said. “Brookhaven has long been an essential contributor to the National Laboratory system, performing world class research and hosting three major user facilities that serve more than 4,500 scientists each year.”

The contract award follows the submission of a proposal by BSA, which was jointly founded by the Research Foundation for the State University of New York on behalf of Stony Brook University with Battelle, a nonprofit applied science and technology organization.  In the management and operation of Brookhaven, BSA also partners with six of the nation’s foremost research universities including Columbia, Cornell, Harvard, Princeton, Massachusetts Institute of Technology and Yale.

DOE acknowledged BSA’s vision for advancing the DOE science mission, the strength of its executive leadership team, and its commitment to bring more than $118 million in external resources to the BNL.

Scientists at Brookhaven conduct research in a range of fields important to the Energy Department’s missions, including nuclear and high-energy physics; physics and chemistry of materials; nanoscience; energy and environmental research; national security and nonproliferation; structural biology; and computational sciences.

DOE’s Office of Science is responsible for the stewardship of Brookhaven. The Office of Science is the largest supporter of basic research in the physical sciences in the United States, and is working to address some of the most pressing challenges of our time. For more information, visit science.energy.gov.