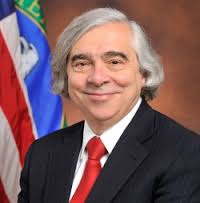 U.S. Energy Secretary Ernest Moniz has announced the awarding of $100 million for Energy Frontier Research Centers (EFRCs) to accelerate scientific breakthroughs needed to build the 21st-century energy economy. The research supported by the initiative will enable fundamental advances in energy production, storage and use.

“Today, we are mobilizing some of our most talented scientists to join forces and pursue the discoveries and breakthroughs that will lay the foundation for our nation’s energy future,” Moniz said. “The funding we’re announcing today will help fuel scientific and technological innovation.”

The 32 projects receiving funding were competitively selected from more than 200 proposals. Ten of these projects are new while the rest received renewed funding based both on their achievements to date and the quality of their proposals for future research.

Twenty-three of the projects receiving funding are headed by universities, eight are led by the Energy Department’s national laboratories and one project is run by a non-profit organization.

Awards range from $2 million to $4 million per year per center for up to four fiscal years, subject to a progress review in year two. DOE plans to open the EFRC program to new applications every two years.

Since their establishment by the Department’s Office of Science, the EFRCs have produced 5,400 peer-reviewed scientific publications and hundreds of inventions at various stages of the patent process. EFRC research has also benefited a number of large and small firms, including start-up companies.

The centers selected for the second round of funding will help lay the scientific groundwork for fundamental advances in solar energy, electrical energy storage, carbon capture and sequestration, materials and chemistry by design, biosciences, and extreme environments. Additional information about the EFRCs can be found HERE.