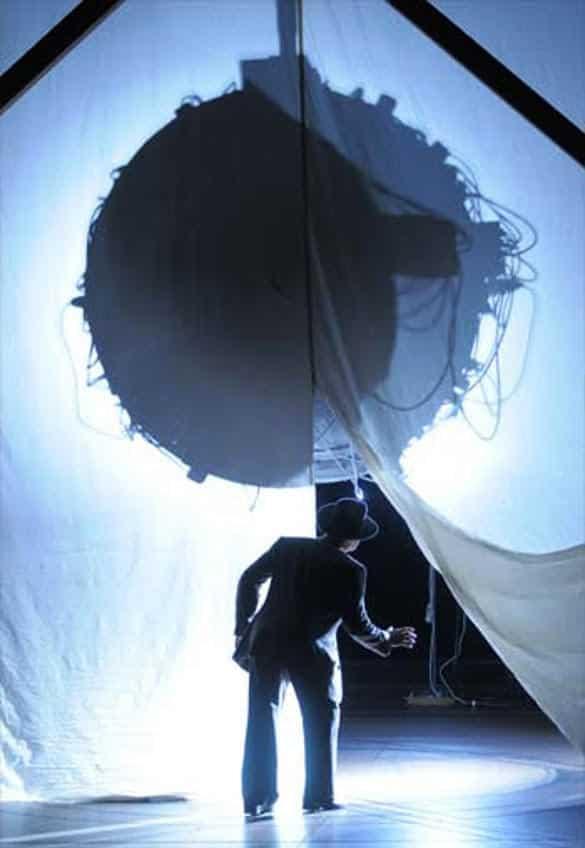 The opera ‘Doctor Atomic’ during a performance at The Metropolitan Opera. Courtesy photo
SFO News:
The opera “Doctor Atomic” opens this weekend at the Santa Fe Opera. Composed by John Adams with a libretto by Peter Sellars, the opera takes place in the weeks leading up to the Trinity Test. J. Robert Oppenheimer, director of the Los Alamos Laboratory, is the central character of the opera.
Other historical figures involved in the Manhattan Project, including General Leslie Groves, Edward Teller, Robert R. Wilson, and Kitty Oppenheimer, also are represented.
Rather than writing original material, Sellars made the unconventional decision to assemble a libretto from a variety of sources. The libretto mixed direct quotations of Manhattan Project figures—as recorded in letters, declassified documents, and memoirs—with passages from various other texts, including the Bhagavad Gita, a Tewa Pueblo lullaby, and poetry by the likes of John Donne, Charles Baudelaire and Muriel Rukeyser.
The opera begins in June of 1945, a few weeks before the Trinity Test. Since Germany’s surrender in May, a group of scientists working on the bomb have begun to harbor misgivings about the planned use of the bomb against Japan. Robert Wilson circulates a petition intended for President Truman. Oppenheimer stops them, having recently returned from Washington with the news that the decision has been made to use the bomb.
In the next scene, Kitty and Robert reflect in their home on their love for each other and the moral nature of war. For the third scene, we move forward in time to July 15, 1945: the eve of the Trinity Test. An apprehensive air hangs about the stage as an electrical storm rages and General Groves grows increasingly frustrated. Act I ends with Oppenheimer reflecting on what is to come the next morning, and his role in the development of the bomb.
Act II starts back in the Oppenheimers’ home in Los Alamos, where Kitty and her Pueblo maid Pasqualita anxiously wait for signs of the explosion two hundred miles away. The second scene moves back to the test site around midnightbefore the test. Despite concerns over the escalating weather, General Groves orders that the test commence as scheduled.
The men nervously wait in the storm until the sky clears ten minutes before the test. Time seems to stretch as suspense grows in the final moments leading up to the bomb. Once the countdown has finished, there is, according to the stage directions, “a mournful silence and the beginning of a new era.”
To complement the opera, the New Mexico History Museum has created a new exhibition called “Atomic Histories.” The Santa Fe Opera is also coordinating a “Tech and the West” symposium this weekend featuring Richard Rhodes, Rachel Bronson, James Nolan, Hugh Gusterson, and other Manhattan Project and nuclear history experts.
For more about the opera, read the full article on “Doctor Atomic, listen to a 2006 lecture by composer John Adams and visit the Santa Fe Opera’s website. The New York Times also has an article on Bringing ‘Doctor Atomic’ to the Birthplace of the Bomb. 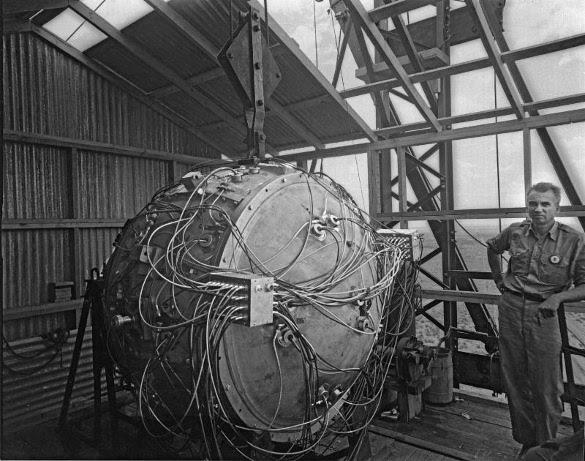 Norris Bradbury with the ‘Gadget’ before the Trinity Test. Courtesy photo 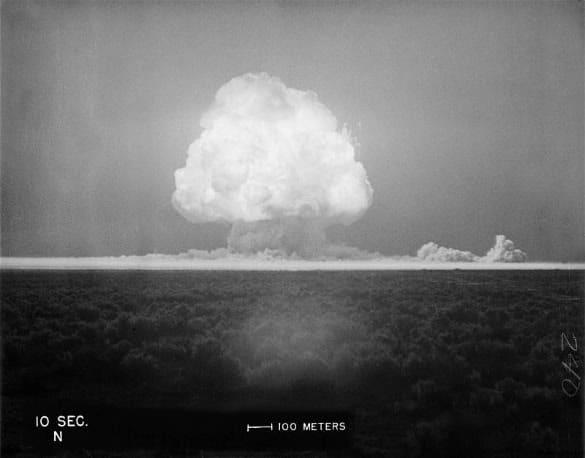