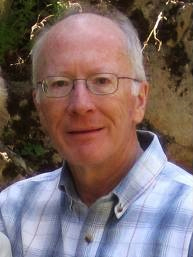 The body of missing White Rock resident Michael T. Cannon has been identified by DNA testing. Family members of had reported him missing June 25, 2011. Cannon was a long time resident of White Rock and 66 years old at the time he was reported missing.

Residents reported seeing him walking in White Rock on the day of his disappearance. Los Alamos police, family and community members began searching trails and canyons near White Rock that day. The following day the Los Conchas Fire began in the Santa Fe National Forest and Los Alamos residents began evacuating. Police and family still searched during the fire but resources also were allocated to the fire.

During the month of July 2011, wider searches were conducted around White Rock utilizing search and rescue, search dogs, police, civilians and aircraft and a water search was conducted along the Rio Grande River.

The Los Alamos Police Department investigations division continued to search periodically and follow up on tips in an attempt and locate Cannon over the next couple of years.

A hiker spotted human remains July 29, 2013 on San Ildefonso Pueblo land north of White Rock and contacted the Los Alamos Police Department. Detectives worked with the Bureau of Indian Affairs (BIA) Special Agents from the Northern Pueblo Agency and a specialist from the Office of the Medical Investigator (OMI) to process the scene.

Samples of the remains were sent to the University of North Texas Center for Human Identification.

“On any given day in the United States, there are between 80,000 and 90,000 individuals actively reported missing to the National Crime Information Center (NCIC). It is estimated that there are also between 13,000 and 40,000 unidentified decedents recovered throughout the United States, with an additional 1,000 unidentified decedents being added to this number each year.” (UNT Health Science Center, www.untfsu.com)

DNA samples were sent to UNT from a family member related to Cannon in his maternal lineage. The Los Alamos Police Department investigations division was notified April 17, 2014 that a DNA match was made and the Office of the Medical Investigator indicated a positive identification was made and the remains were that of Michael T. Cannon.

At this time, the cause of death is still undetermined.

“The Cannon family would like to thank the community, friends, and their church family for their love, compassion and support.

The family would also like to ask the community for privacy and thoughtfulness at this tender time.