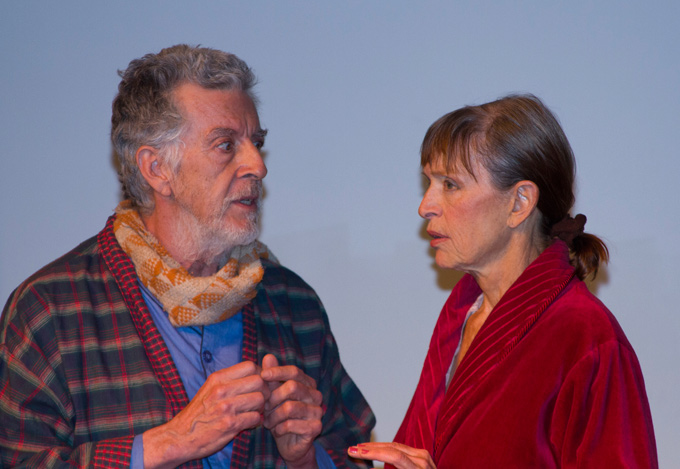 Brandon Santos and Silvana Neal perform in ‘Warm Ashes,’ one of seven one-acts that make up ‘Salt and Pepper.’ Courtesy photo 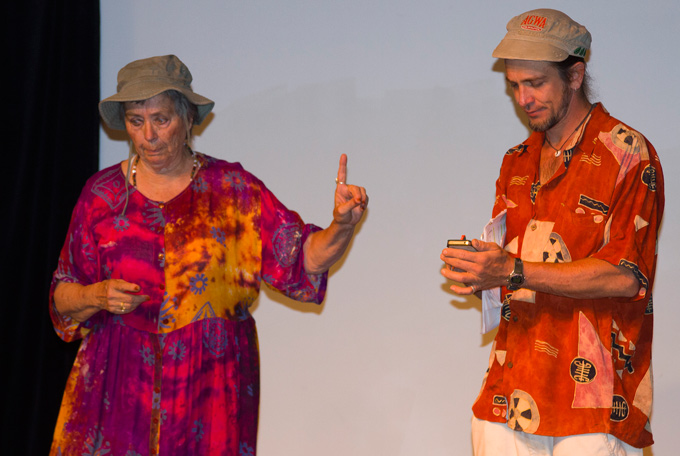 Salt and Pepper by Los Alamos playwright Robert F. Benjamin is a gently provocative stage play about aging with grace, courage and humor, while exploring quirky but realistic relationships and situations not unknown to those of a certain age.

Eleven characters lead the audience through seven intertwined tales that celebrate life’s drama of maturing in a culture immersed with denial about aging.

Salt and Pepper is innovative because of the connectedness among the plays. Interwoven via theme, characters, action, and language, this collection of short plays elucidates contemporary aging.

In the seven one-acts that make up Salt and Pepper, mature characters strive for personal happiness in a culture unfriendly to aging. As Chris, a film director, says in the opener, Resting Places, “DD&B (Dying, Death and Burial) is on the rise. Everyone’s doing it.” Several plays explore DD&B while others deal with rekindled romance, healing and gifts.

Benjamin has had two other full-length plays produced multiple times, plus productions of nearly 20 short plays. Parted Waters, his second full-length play was commissioned by the Arizona Jewish Theatre Company, which premiered the play, March 2009. It’s been produced a number of times at theatres around the country. Parted Waters, produced by Teatro Paraguas of Santa Fe was an official New Mexico Statehood Centennial Event during 2012 and it continues to be performed in Santa Fe.

Johnson has performed in many of the Dixon Community Players productions, and had her directorial debut with the popular production of A Tuna Christmas at the Toolshed last November.

Jane Ayles, originally from England via California, settled in Taos in 2007. She opened at the Space Theatre with sold out performances of Someone to Watch Over Me, followed by such hits as The Dining Room and Peter Pan. This is her directorial debut at the Toolshed.

The Toolshed, the brand new home of the Dixon Community Players, is located on  an old lavender farm. The facility is equipped with a commercial kitchen, theatrical lighting and a sound system, and can seat 75 people comfortably at rounds of 10 or up to 140 in rows for a performance on a small stage. The Toolshed is located in Dixon on Hwy 75 #68.

All of us encounter aging, both in ourselves and in those we love. Explore that time of life where the challenges increase along with the years. See Salt and Pepper to laugh, cry and embrace the act of aging.

Tickets can be purchased through PayPal at www.dixonplayers.com or for reservations call 505-579-4602 or email rockpool@valornet.com. Directions to the theatre can be found on the website.