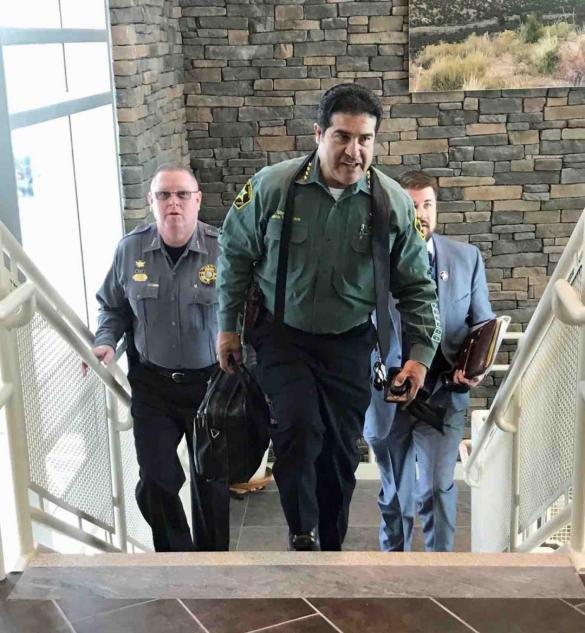 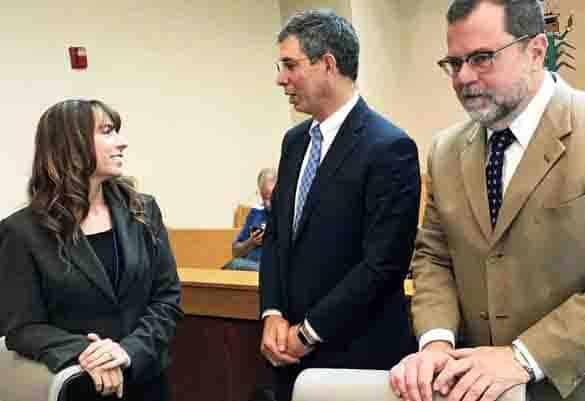 Judge Mathew said he would issue his decision as quickly as possible.

At the outset, Los Alamos County Attorney Alvin Leaphart referred the Court to an emergency leave for amicus curiae brief request filed May 8 by local resident Greg White. Leaphart said he was not aware of any rule of civil procedure that allows non-parties to file an amicus brief and asked the Court to strike it from the record. Lucero’s attorney Blair Dunn supported Leaphart’s request and Judge Mathew agreed to strike White’s filing.

Leaphart said he thinks the record is clear that the sheriff has enforced the laws of the state.

“The sheriff has indicated his belief that he has a duty to do that under state law and that he will continue to enforce the laws of the state and the ordinances of the county if he is not stopped or if an order is not entered here today stopping the sheriff from exceeding the limits of the lawful authority placed on his office by the charter,” he said.

“There are methods to amend this charter. An initiative process could be made. An ordinance could be put on the ballot to change the structure, to create a sheriff’s department that has all the powers and duties of law enforcement of a police department. All those things could be done. These rights were given to the citizens of the County directly by the citizens of the state of New Mexico,” Leaphart said.

He said the charter has guided former holders of the office of sheriff for 42 years.

“We have not had this problem for 42 years. The current sheriff disregards the charter language, says, ‘I don’t have to obey that. I have duties and obligations that allow me to violate the express language of the charter’. That fails to recognize the rights of self-government of the citizens of this county,” Leaphart said.

He to allow the sheriff to keep the peace, to enforce the laws of the state or ordinances of the county disregards the consent of the governed and simply violates the language in the charter which prohibits the sheriff from doing so.

“That’s the harm to the county – an elected official acting beyond the scope of his legal authority insults the charter and tramples upon the rights of the citizens of this county to form a government that places these duties solely and conclusively on the police department,” Leaphart said.

Judge Mathew asked if there was a conflict between the statute and the charter given the language of both.

“I don’t think so because the Incorporated County has the authority to assign the duties, to take them away from the sheriff and assign them to police officers and because we are a municipality, those police officers have all the duties of a sheriff. The argument would be that the sheriff of the incorporated county of Los Alamos can’t violate that provision because he doesn’t have that authority because it has been constitutionally removed from him by the citizens of the Incorporated County,” Leaphart responded.

He said the statute say the sheriff shall be the conservator of peace in the county.

“It doesn’t say may if the Incorporated County wants to let him have those duties. It says ‘shall’. That means the elected sheriff has these responsibilities,” Dunn said.

Dunn told the Court that very clearly there’s a conflict even within the charter itself because the charter says the sheriff will uphold the law as indicated in his oath of office.

“There’s conflict there if there is a difference between what the Incorporated County charter requires or states he cannot do and what the state statute requires him to do,” he said, adding that there is really no way that the powers the county has to make ordinance that that can infringe on what the legislature has said.

Dunn said there is simply no evidence that there is irreparable harm to the citizens of the County.

“There is however, the idea that the citizens of this county are being deprived again of having what the legislature gave them – a sheriff that shall be the conservator of the peace,” he said.

Dunn pointed out that if the County wanted to get rid of the office of sheriff it could but that the issue of whether or not the citizens wanted to have a sheriff was decided in the recent ballot question where the majority said, ‘yes, we still want to have a sheriff’.

“If the County wants to get rid of having a sheriff with law enforcement powers, it can go back to this constitutional provision in the charter and it can get rid of the office. That’s the power that’s given to them. Not the power to assign the duties of the office,” he said, adding that the County is claiming it has more authority than it has ever been granted by the constitution.

Judge Mathew asked if it is possible to reconcile the charter with the statute without making it a constitutional question and if there really is a conflict. Dunn replied that it the sheriff does not do his duty in a particular way, or if someone comes to the sheriff to his attention that there is a criminal act going on he has an affirmative duty under the statute and failure to respond puts him in a position of conflict because if he doesn’t do what the statute says, he could be prosecuted.

In his rebuttal, Leaphart said the Incorporated County could have created a county marshal, or called the position a marshal, could have called it a sheriff or an elected police chief.

“That the office is named ‘the sheriff’, doesn’t allow that statute to trump this constitutional ability to form that office with the powers deemed fit by the citizens of the Incorporated County.  Because of that, I don’t think there is any conflict between the statute and the charter,” Leaphart said.  “`It is odd – why would you need two distinct law enforcement agencies in an incorporated county which is necessarily small and not very populated. It seems the reason and the rationale of this ability is so that incorporated counties don’t have to duplicate services. It is a mechanism to avoid waste which is why the citizens have flexibility in approving the form and structure of their government.”

Leaphart concluded by repeating that the charter expresses the will of the people when it states that the sheriff shall not duplicate the duties assigned by the charter to the police department.

Judge Mathew asked what exactly is the harm the County is seeking to avoid besides the conflict with the charter. Leaphart replied that the sheriff is in contempt of the charter, acting unlawfully and in a way that tramples on certain rights of self-government as expressed by the people. 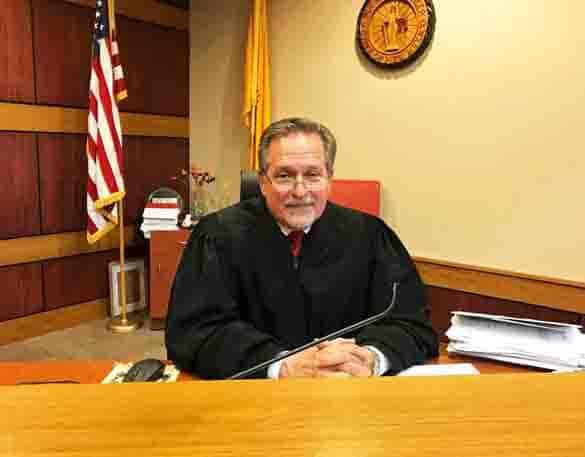 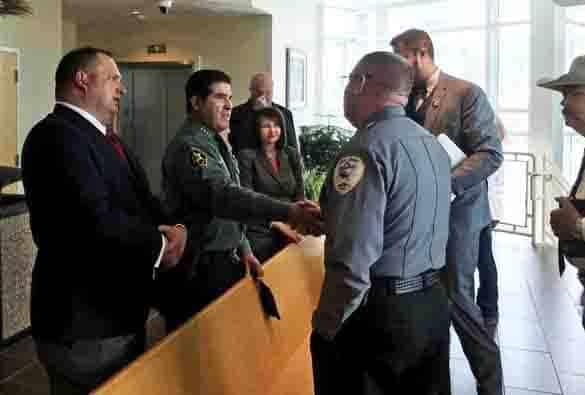