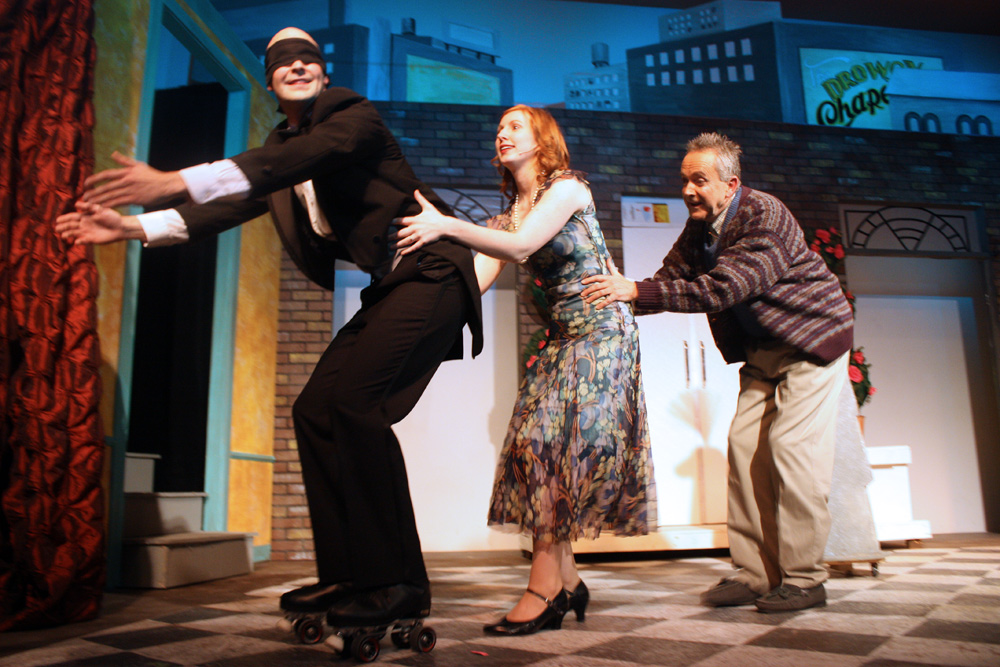 Thanks to the creative genius of Patrick MacDonald as director and choreographer, the local community will enjoy the musical comedy “Mel Brooks’ Young Frankenstein” over the next two weekends.

Gretchen Amstutz adds her talent and expertise as musical director.

McDonald has acted, sung, directed and choreographed in many productions since moving to Los Alamos more than 10 years ago. Many would recognize him in the myriad of roles he has portrayed, such as the starring role in the Los Alamos Little Theater’s (LALT) production of “The Cat in the Hat” (2010), as Jack in the Los Alamos Light Opera’s (LALO) production of “Into the Woods” (2011), and as Snoopy in Dixon Community Players’ “You’re a Good Man, Charlie Brown” (2012), to name a few.

MacDonald is four-time national tap dance champion who began his dance career at the age of three and quickly became an accomplished actor, musician and dancer.

When not working as an engineer at Los Alamos National Laboratory, McDonald is a musical theater and tap instructor at Dance Arts Los Alamos. He also has choreographed musical productions for the LAHS Olions, most recently “Thoroughly Modern Millie.”

In addition, McDonald won the Outstanding Director Award during AACTFest New Mexico in February 2015 for LALT’s “The Pillowman.”

Well known and beloved in the theater community, McDonald is tireless in his dedication to the performing arts in town. MacDonald’s masterful direction, and that of veteran Music Director Amstutz, can be appreciated in “Mel Brooks’ Young Frankenstein,” presented by the Los Alamos Light Opera.

The show is playing at 7:30 p.m. Fridays and Saturdays, Oct. 2, 3, 9 and 10 and 2 p.m. Sunday, Oct. 4 at Duane Smith Auditorium. Tickets are $15 general admission and $12 for students and seniors. Special matinee price offered Sunday when all tickets are $10. Purchase tickets at CB FOX, at the door or online at Brown Paper Tickets http://www.brownpapertickets.com/event/2055226.  The show is rated PG-13 due to some double entendre and bawdy humor.