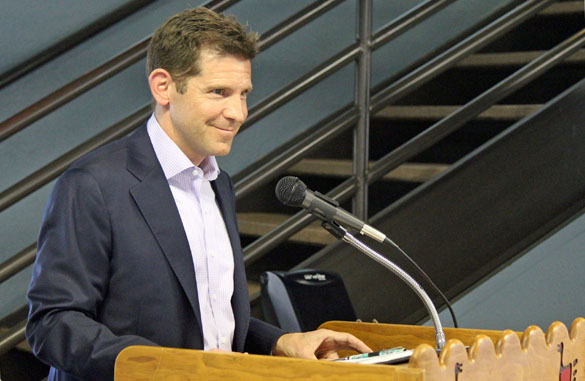 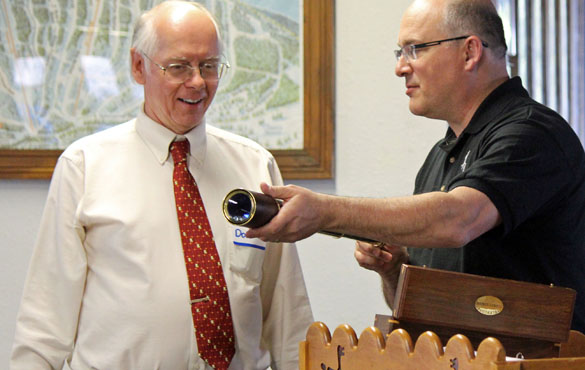 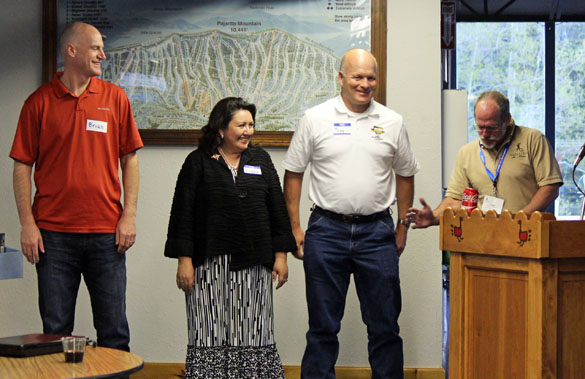 Native New Mexican Mark Herman, CEO of Dion’s, was the guest speaker at the graduation celebration of the Leadership Los Alamos Class of 2017 Friday at Pajarito Mountain Lodge. Dion’s is a chain of 23 pizza restaurants with 18 in New Mexico, two in Colorado and three in Texas.

Herman reflected on leadership, things that work and don’t work, and leadership being a balance between success and failure. He compared life to a game of Jenga, creating something bigger and better.

“Inevitably something happens and inevitably it falls down. It’s not a matter of ‘if’, but ‘when’,” he said. I really think that’s the process of leadership; continually building something but in some ways, it’s continually falling down as well.”

Herman began working at Dion’s after high school. He continued working there during the summers while he was working toward a degree in economics and eventually in 1992 he became a restaurant manager.

“I thought I would do It for a year but it turned out I’m pretty good at it,” he said.

Other speakers at Friday’s event were Patty Komko, president of Leadership New Mexico and Phil Bryson of On the Edge, a team and leadership training company that works with Leadership Los Alamos.

Leadership Los Alamos is a class for 20 to 25 people who live or work in Los Alamos and are committed to assuming roles of responsibility in civic, charitable and governmental organizations in the region. The class starts in September with a two-day orientation and continues with class sessions one Friday a month until graduation in May. Tuition is $500 but many employers in the area recognize the value of the program and assist their employees financially with their participation. The program is 100 percent volunteer-supported and has had more than 250 graduates since its inception.

The 2017 Alumnus Award was accepted by Estrella Young on behalf of YMCA Senior Program/Development Director Diana Martinez. The 2017 Distinguished Leadership Award was presented to Don Casperson for his many years of volunteering for a variety of local organization. 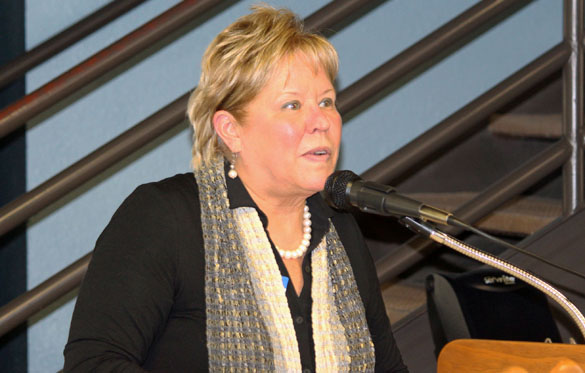 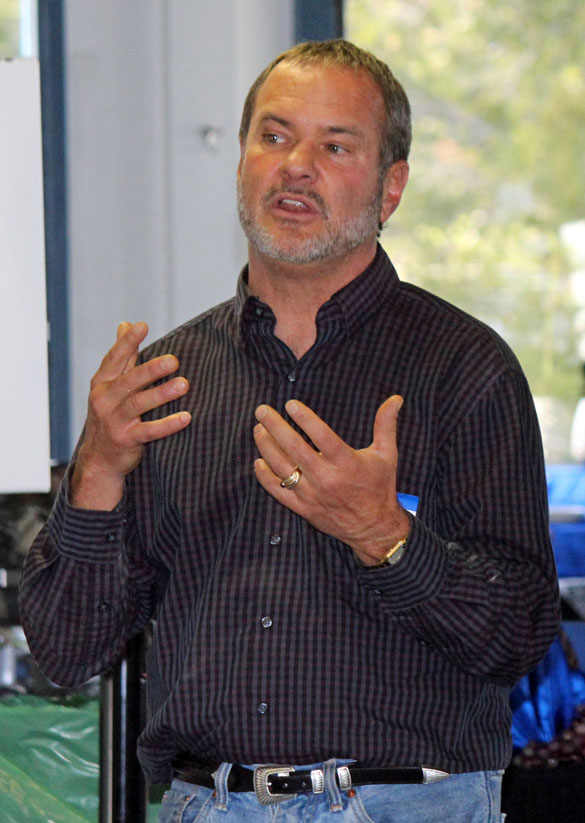 Phil Bryson of On The Edge Productions. Photo by Martha Katko 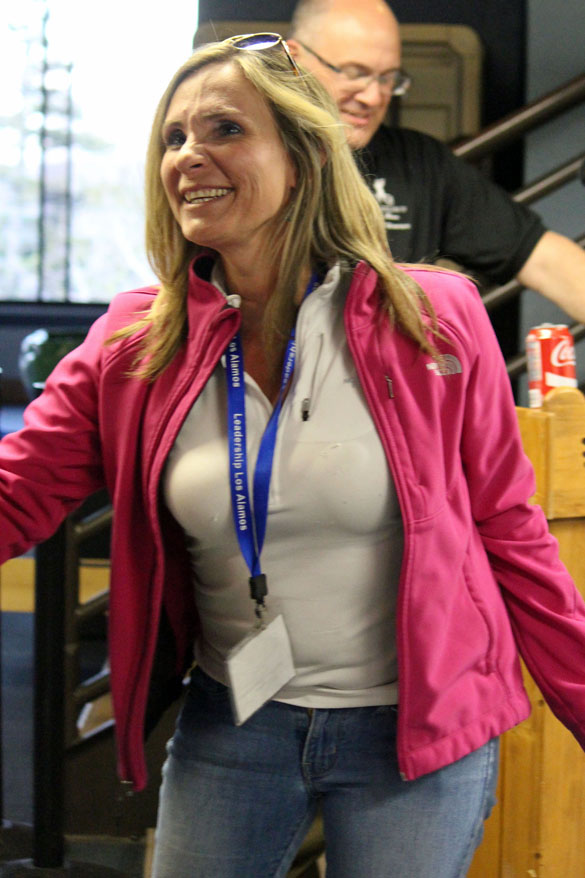 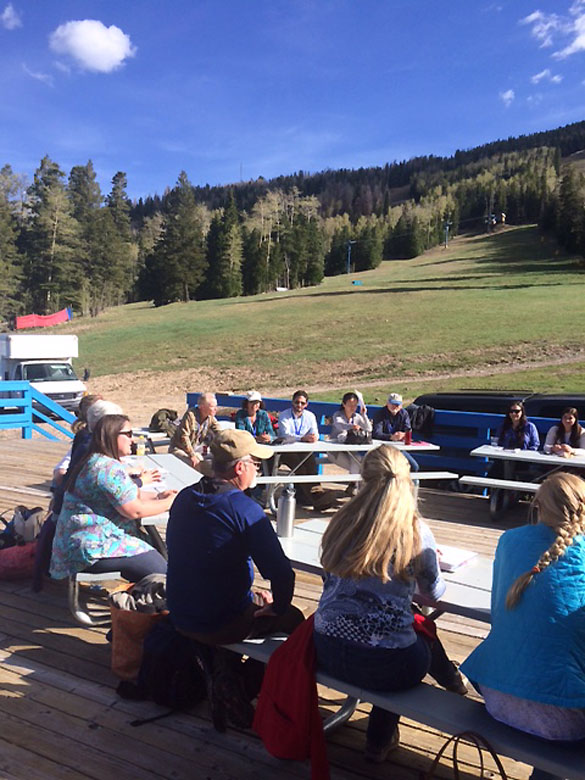 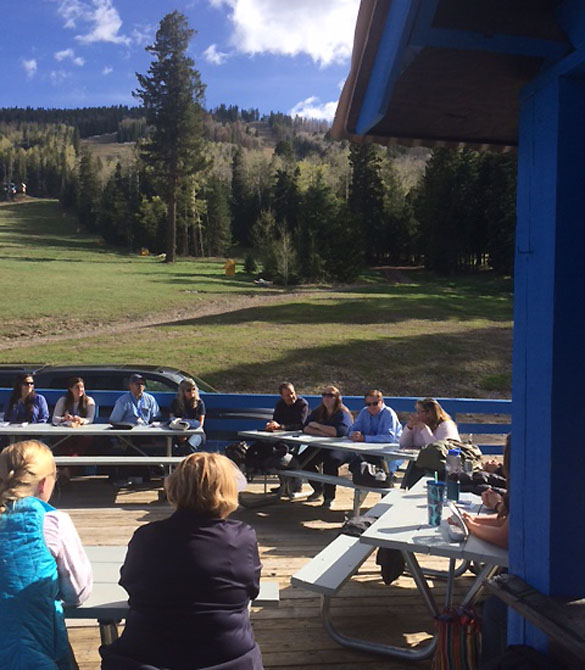 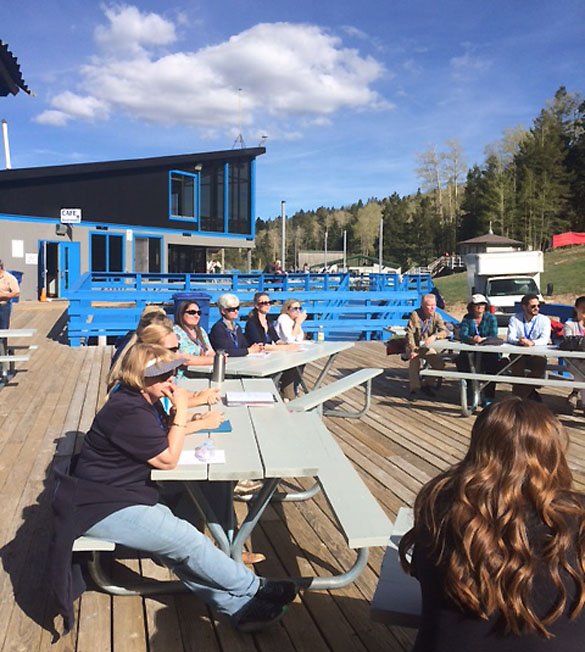 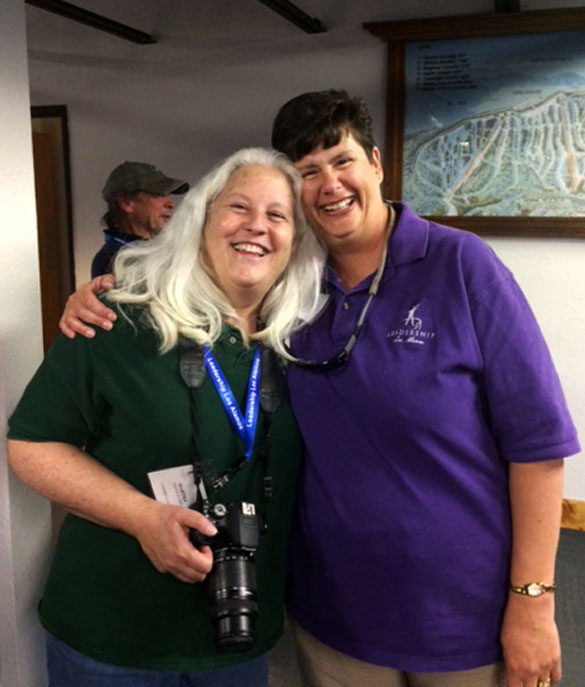 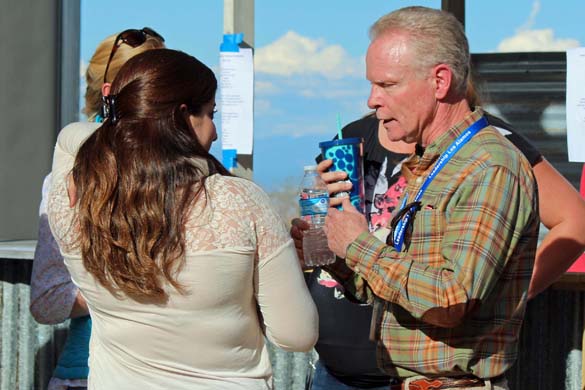 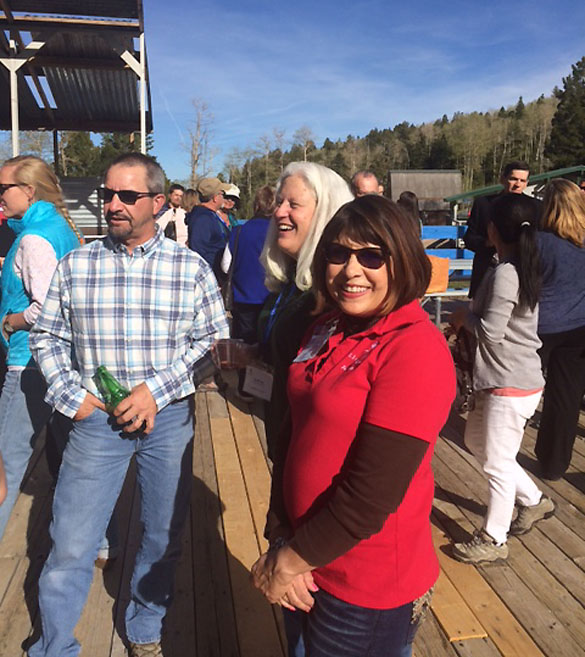 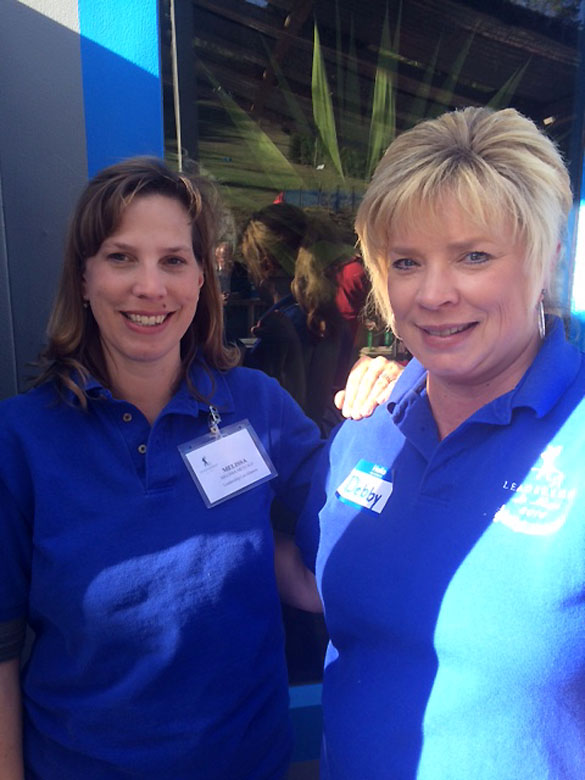 LLA graduate Melissa Metcalf, left, with Debby who was distributing beverages at the event. Photo by Maire O’Neill/ladailypost.com 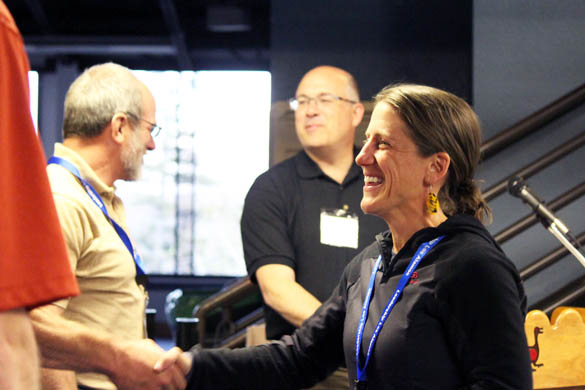 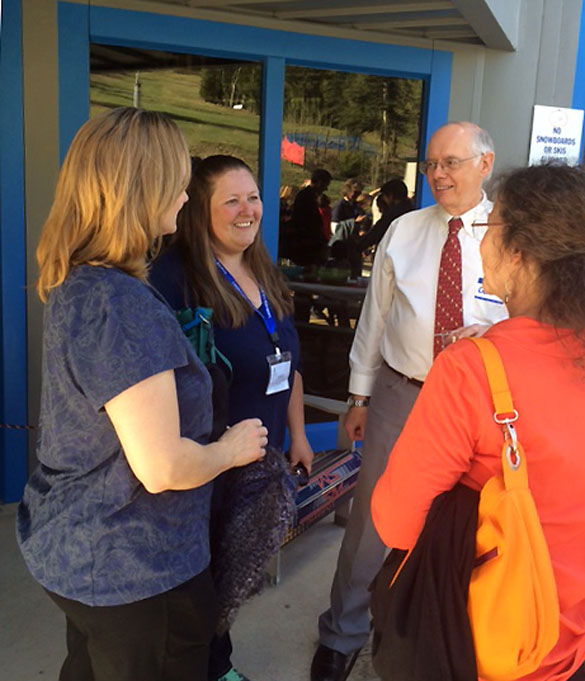 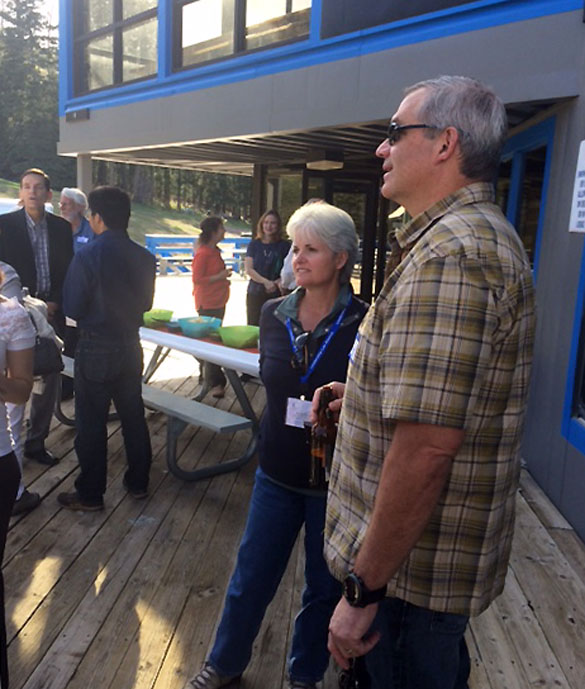 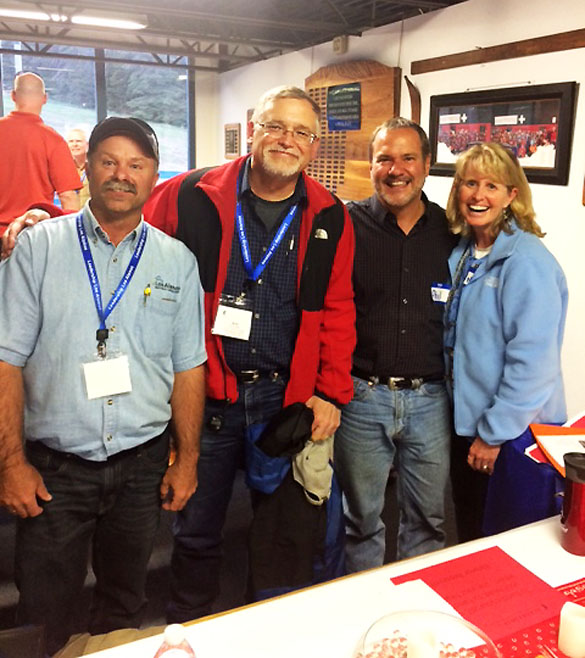 LLA graduates Chad Lauritzen and Ray Fierrry with Phil Bryson of On The Edge Productions and Nicole Fierry. Photo by Maire O’Neill/ladailypost.com 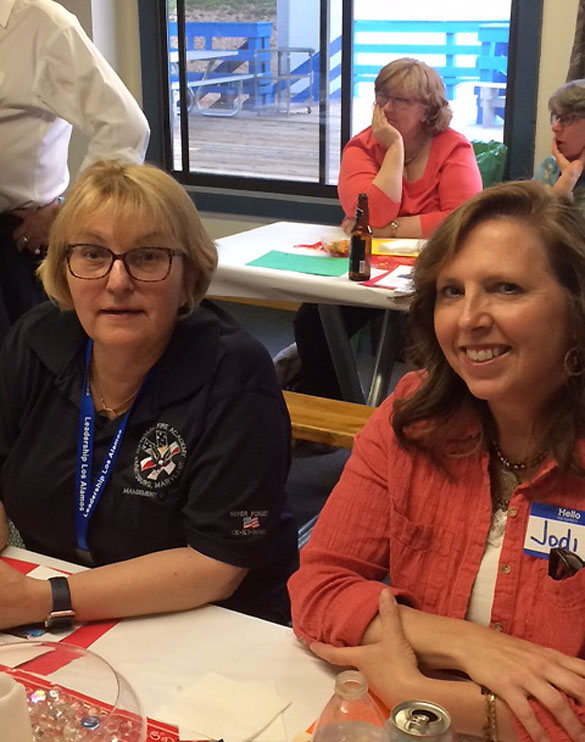 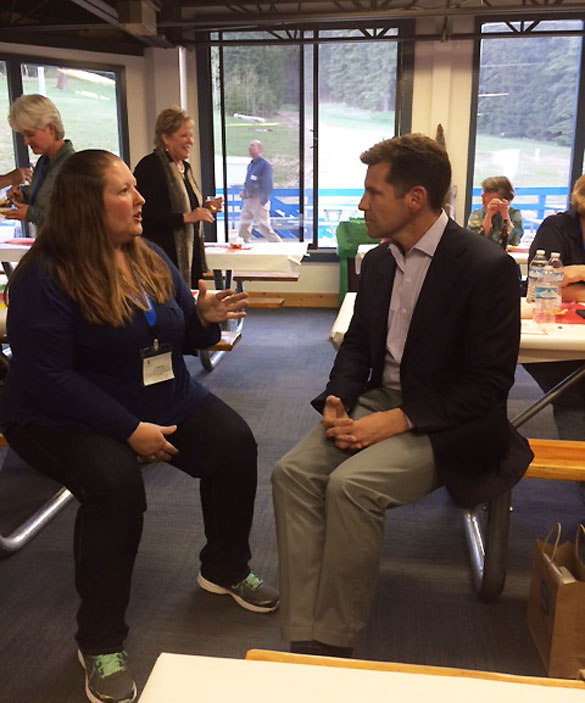 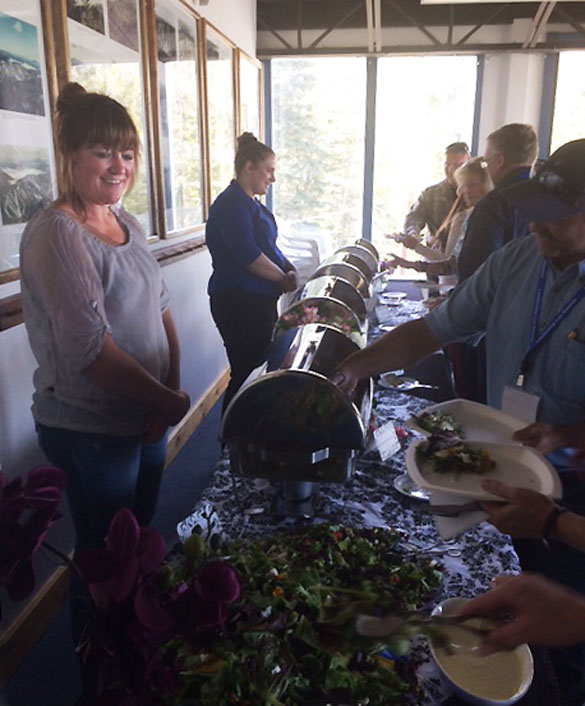