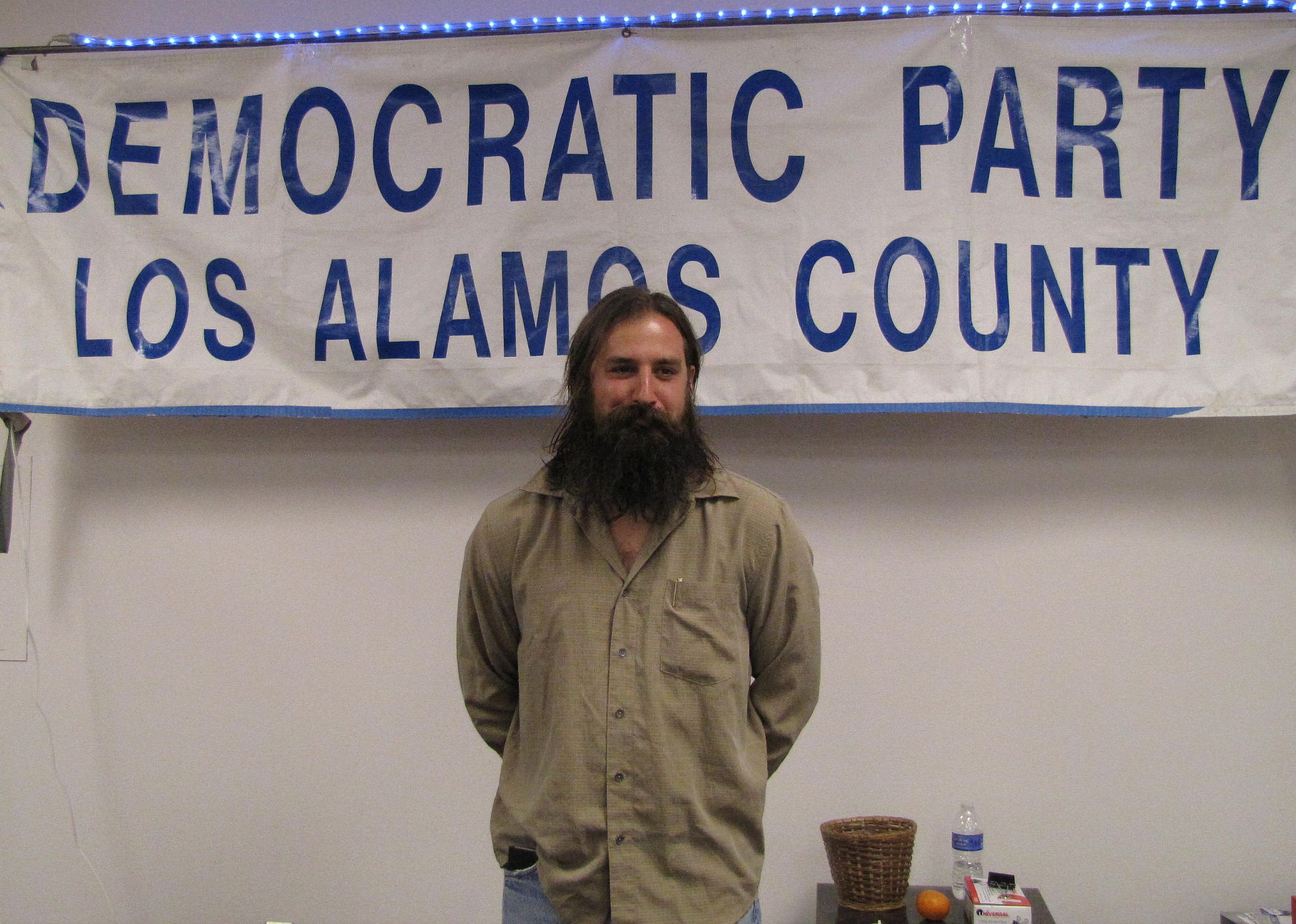 Redondo, 32, has lived in Los Alamos since the age of 3. He earned his master’s degree a little over a year ago in community and regional planning. He is the owner/director of Michael Redondo, LLC, a Biodiversity Planning, Outreach and Education company.

“I decided to run for Council because I’ve lived here a very long time and I’ve seen this community change in many ways and I know it’s going to continue to change and I’d like to see it change in positive ways … I love this community … it is my home,” Redondo said. “I’d like to find ways to improve how we as a community prioritize our decisions.”

With just 70 days left until the Nov. 6 General Election and 49 days until early voting starts, Democratic Party Chair Mike Wheeler told the group gathered at the Democratic Headquarters in Central Park Square that state law required the party to elect a replacement candidate and formally file that person’s name in the County Clerk’s Office by Sept. 11.

This allows the Clerk time to get the new candidate’s name printed on the election ballot, Wheeler said.

At the time Johnson resigned, he told the Los Alamos Daily Post , “A confluence of events in recent months has made it highly likely that I will be moving away from Los Alamos in the fairly near future. Consequently, if elected to the council, I would be unable to complete my term. As a candidate, I believe my supporters should have the expectation that, if my campaign is successful, I will represent them for the complete duration of my term. Since this is an expectation that I will be unable to meet, I am withdrawing from the council race. I am grateful for the community support I’ve received, not only in the current election, but over many years. I apologize to my supporters, and I will be returning the financial contributions they have made to my election campaign. Lastly, I intend to remain active in the election, just not as a candidate.”

Johnson was the second candidate to drop out of the six-way race for three Council seats. Republican Roger Waterman announced July 23 in an email to the Los Alamos Daily Post that he was dropping out of the race – citing business and professional issues.

“Due to business and professional issues that have arisen over the last several weeks, I am withdrawing as a candidate for the Los Alamos County Council. I regret disappointing my many supporters. I will be returning any financial support I have received to those who supported me in that manner,” Waterman said.